Japan's confirmed daily coronavirus cases on Saturday topped 25,000 for the first time since Aug. 26, inching closer to a record-high number, as the Omicron variant rapidly spreads.

The tally, based on data provided by local governments across the country, stood at 25,742. Some prefectures reported all-time high numbers of infections, with Osaka and Okinawa confirming 3,692 and 1,829 cases, respectively. Hiroshima reported over 1,000 cases for the first time. 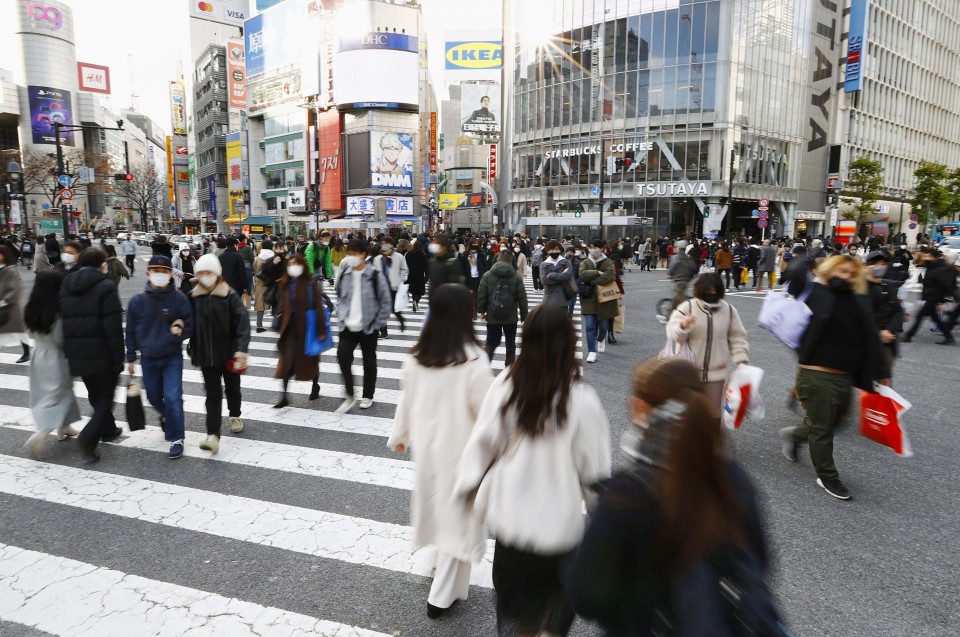 People wearing masks for protection against the coronavirus walk across a scramble intersection in Tokyo's Shibuya area on Jan. 15, 2022. (Kyodo)

The highest daily figure in Japan stood at 25,992, registered on Aug. 20 last year, about two weeks after the closing of the Tokyo Olympics when the country was reeling from the worst of the fifth wave of infections.

On Saturday, Japan marked two years since its first COVID-19 case was confirmed. To date, the accumulative number of cases has reached more than 1.8 million, with the death toll exceeding 18,000.

In the last two weeks, the daily count has surged about 50-fold. Tokyo confirmed 4,561 new cases, surpassing 4,000 for the second consecutive day, while what appeared to be the first Omicron death was reported in the country.

The central Japan city of Shizuoka said a genome analysis found that an elderly man who died Tuesday was infected with the highly contagious variant.

The man had serious underlying health conditions and was inoculated with two doses of the vaccine developed by Pfizer Inc., according to the city government.

Some studies suggest the Omicron variant, which has been taking the world by storm since it was first reported by South Africa in November, has a shorter incubation period and causes less severe illness than previous mutations of the virus.

Considering such findings, Japan shortened the quarantine period for travelers and returnees arriving from effectively all countries and territories outside Japan to 10 days from the current 14 from Saturday.

The decision followed a similar shortening of the isolation period for close contacts of the new variant among the general public to 10 days from 14.

The central government has also informed local authorities they can cut the isolation period on their own decisions for essential workers such as police officers and child care and nursing care workers to six days at the shortest.

Mie Gov. Katsuyuki Ichimi told a press conference on Saturday he is preparing to ask the central government to add the prefecture to the list of a quasi-state of emergency, which allows authorities to toughen measures such as asking dining establishments to shorten business hours. 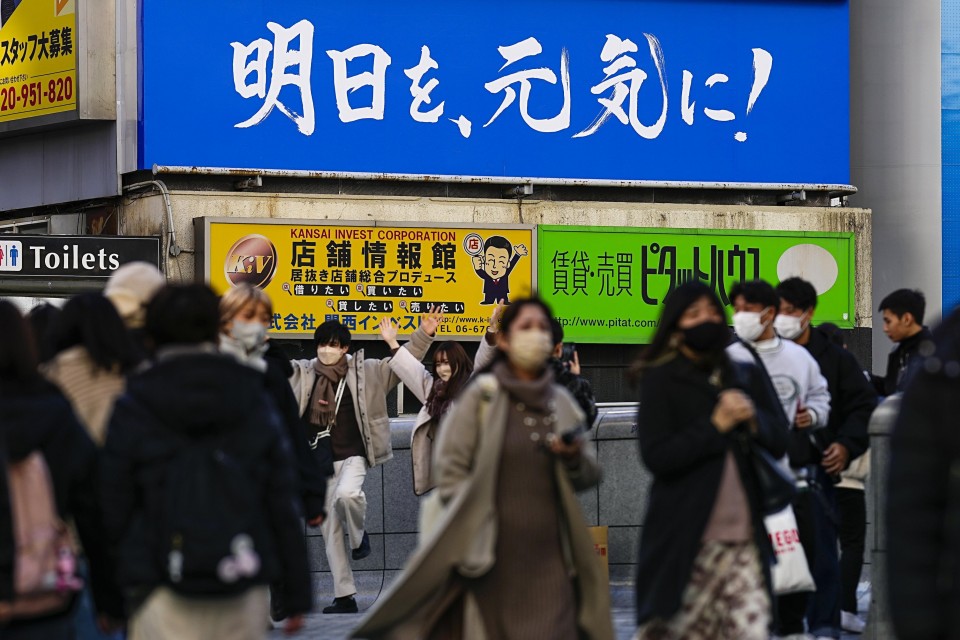