Japan's new elite rugby union competition will kick off its inaugural season Saturday with the lofty goal of becoming the "best league in the world."

Superseding the more corporate-oriented Top League, the newly minted Japan Rugby League One aims to recruit the world's top players and build upon the enthusiasm generated by Japan's successful hosting of the 2019 World Cup, its chairman Genichi Tamatsuka said. 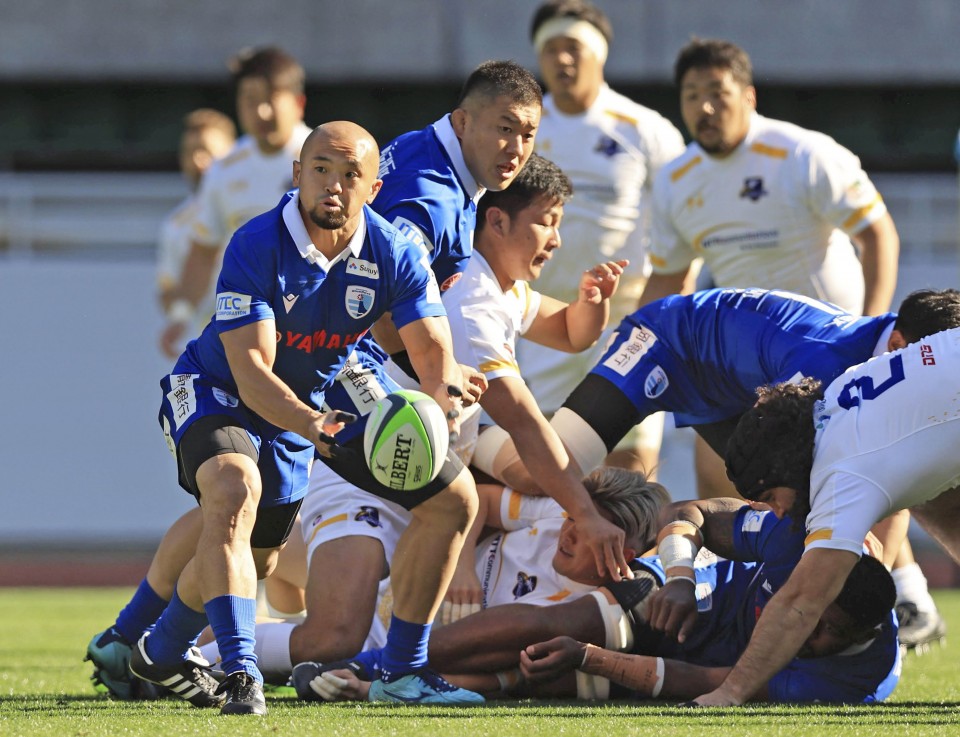 Outlining these ambitions at a recent media conference, Tamatsuka, a former university rugby player and the current president of Lotte Holdings Co., said the World Cup provided a glimpse of the sport's massive potential in Japan.

"All of Japan was caught up in the rugby. I felt an unbelievable sense of possibility," Tamatsuka said.

The curtain raiser was to be held on Friday, but was canceled after six players from one team tested positive for the coronavirus.

Some of the sport's biggest names are already set to play in JRLO, continuing the recent trend of world-class players joining big-spending Japanese clubs.

To increase the overall quality and competitiveness of matches, JRLO has trimmed its first division down from Top League's 16 teams to 12 divided into two conferences.

Despite the push for professionalism, clubs remain dependent on the backing of their parent corporations, with squads still combining fully professional players and others who are company employees.

Tamatsuka, however, says this "unique hybrid system" is an advantage for the league, which draws financial and marketing clout from some of Japan's biggest corporations.

JRLO plans to emulate soccer's J-League in fostering loyal local support bases and requires clubs to have a city in their team name. This has resulted in several monikers including "Tokyo," reflecting the concentration of corporate headquarters in the capital.

"The team is confident. Our goal is to win the title," said Leitch, who captained Japan to the World Cup quarterfinals in 2019.

"Our style is to play boldly without hesitating. When we have the ball, we'll look to simply carry it forward."

At a preseason press conference, Saitama captain Atsushi Sakate said the Wild Knights want to start the new era with another trophy.

Instead of its planned Friday opening, the league will kick off with three games slated for Saturday, including Sungoliath vs Brave Lupus at Ajinomoto Stadium, with the remaining two opening-round fixtures set for Sunday.