It comes after video footage emerged on social media of security and police officers at Melbourne Park last week confiscating a shirt and banner bearing the words "Where is Peng Shuai?" from a spectator.

In a statement earlier Tuesday, the organizer of the Gland Slam tournament backed the confiscation, saying it was in line with the ticketing conditions of entry for spectators attending the matches. 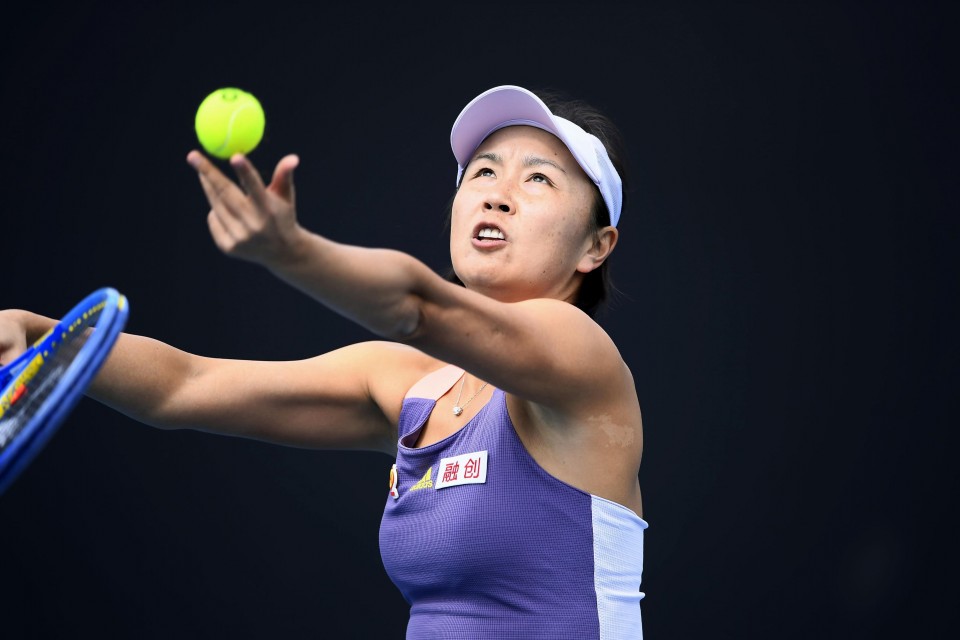 "We have a longstanding policy of not allowing banners, signs or clothing that are commercial or political," Tennis Australia said in the statement.

"Peng Shuai's safety is our primary concern," Tennis Australia also said, adding that it will continue to work with the Women's Tennis Association and the global tennis community "to do everything we can to ensure her well-being."

But by Tuesday afternoon, the tournament organizer had softened its stance, with a spokesperson saying the body would take a "common sense approach" to the enforcement of the policy.

"If someone were to turn up wearing a T-shirt that didn't bother other fans, that would be fine," the spokesperson told Kyodo News. Banners will remain prohibited, however.

The activists at the helm of the campaign for the Chinese tennis star welcomed the news, and said 1,000 T-shirts bearing the same slogan would be handed out at Melbourne Park on Saturday, ahead of the women's final.

Questions about Peng's well-being became a matter of international concern last year, after she made an allegation that former Chinese Vice Premier Zhang Gaoli had forced her into sex, in a since-deleted social media post.

After the post was made, Peng disappeared from public view for almost three weeks. When she did appear in public again, she told media that she had never accused anyone of sexually assaulting her, and that she has been free.

However, the Women's Tennis Association has said significant concerns remain over her well-being and ability to communicate without censorship or coercion.