North Korea on Tuesday fired two suspected cruise missiles from an inland location, a South Korean military official said, following a flurry of weapons tests by Pyongyang since the beginning of this year amid stalled diplomacy with the United States.

South Korea is still assessing what types of missile were fired in the morning, said the official, who spoke on condition of anonymity and declined to provide further details, including how far and high they traveled.

The official suggested that the projectiles flew mostly above North Korea's inland areas, not above the Sea of Japan, while South Korea's media reported they could be a new type of cruise missile. 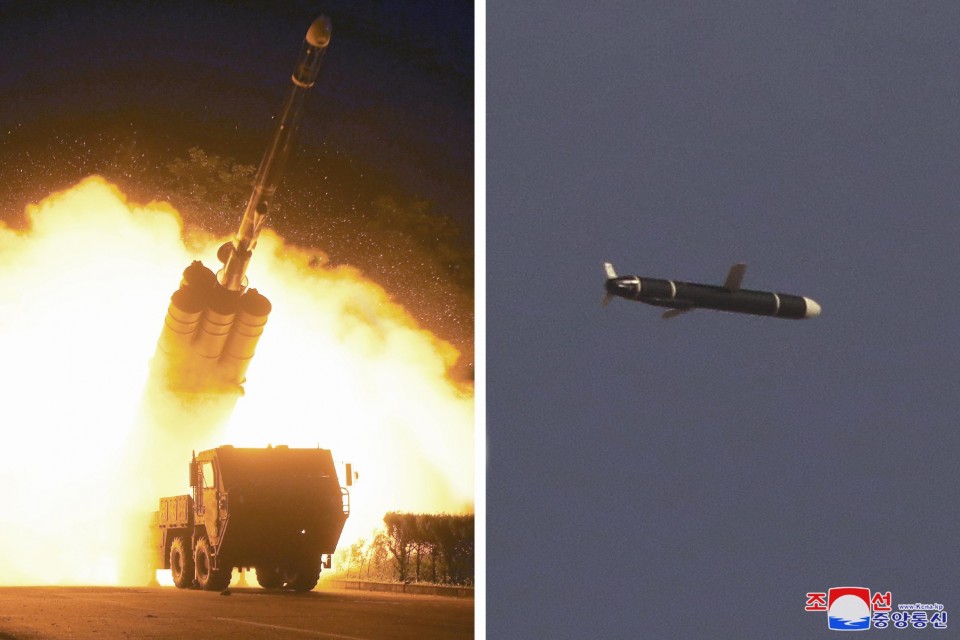 "At this point, flying (of projectiles) into Japan's exclusive economic zone or territory has not been confirmed," the country's top spokesman Hirokazu Matsuno said in Tokyo, adding that the government has not received any report of damage as well from what would be North Korea's fifth rounds of missile tests this month.

On Thursday, a day before the first official meeting between Kishida and Biden, North Korea through its official media hinted at lifting its self-imposed moratorium on nuclear and intercontinental ballistic missile tests.

The suspension was put in place in 2018 at a time when North Korean Kim Jong Un was seeking to build trust with former U.S. President Donald Trump.

The veiled threat from North Korea to scrap the halt was based on discussions at a Politburo meeting last Wednesday presided by Kim, during which high-ranking officials concluded to take "a practical action to more reliably and effectively increase" the nuclear-armed country's strength against the United States.

While North Korea is not prohibited from testing cruise missiles, they are likely to be more maneuverable than ballistic missiles and weapons experts say they are harder to intercept if they approach at low altitudes.

North Korea's placing a nuclear warhead on a cruise missile would be regarded as a grave security threat for Japan or any other country in the region.

At the first-ever U.S.-North Korea summit in June 2018, Kim struck a deal with Trump that Washington would provide security guarantees to Pyongyang in return for its denuclearization.

But North Korea and the United States have not held formal denuclearization talks since October 2019.