At least three people were killed in an undersea volcanic eruption off Tonga over the weekend that sent tsunami waves across the Pacific, the Tongan government said Tuesday in its first official statement following the eruption.

Tsunami waves of up to 15 meters were generated by the eruption, hitting the west coasts of the Tongatapu and Ha'apai island groups and causing severe damage, according to the statement released late Tuesday.

The deaths of two Tongans and one British national were confirmed and many others were injured, the government said. 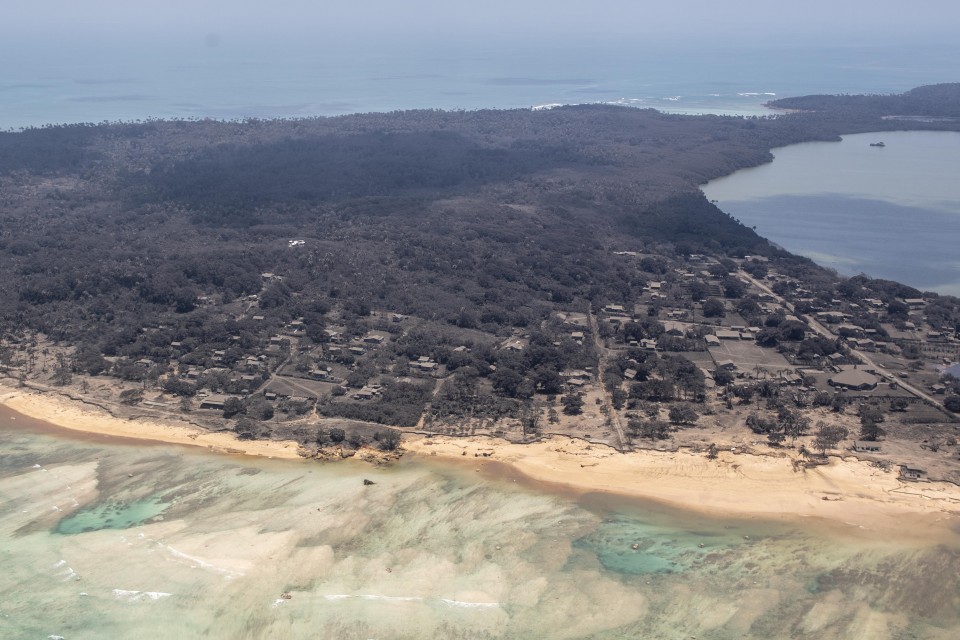 A 65-year-old woman from Mango island and a 49-year-old man from Nomuka island were identified as the two Tongan casualties, while British media said the British national was a 50-year-old woman, whose body was found after she was swept away by Saturday's tsunami.

The government said initial damage assessment was now under way, and that search and rescue operations began shortly after the eruption.

Limited communication has been made between Tongatapu island, home to the country's capital Nuku'alofa, and the two other main island groups. Contact is yet to be established with the northernmost Niuas island group, the government said.

The Niuas group is considered to be low risk however, due to its relative distance from the Hunga-Tonga-Hunga-Ha'apai volcano, the site of Saturday's eruption.

A Tongan naval patrol boat carrying first responders and supplies including water, food and tents was deployed to the Ha'apai islands, closest to the volcano, on Sunday.

It was followed on Tuesday by a second naval vessel carrying another health team, additional resources and emergency responders, after severe damage was observed across several small outer islands in the initial mission.

According to the statement, all houses were destroyed on low-lying Mango island and only two remain on Fonoifua island, with extensive damage to Nomuka island also reported.

The U.N. Office for the Coordination of Humanitarian Affairs reported Monday an active distress beacon had been detected from Mango island.

On Tongatapu island, dozens of houses were damaged or destroyed, including many in the village of Kanokupolu on the west coast.

On the island of 'Eua, just off Tongatapu, two houses were completely damaged and 45 severely damaged.

The government confirmed that water supplies have been seriously affected by the volcanic ash, noting efforts have been made to ensure the supply of safe drinking water.

The tsunami warning has been canceled and volcanic activity has significantly decreased, but monitoring activities continue, the government said.

Communication across the Tongan archipelago and that between it and other countries remains difficult after the main submarine cable was severed in the eruption.

Australian Minister for the Pacific Zed Seselja said efforts were under way to evacuate people from the outer islands. "They're doing it very tough, we understand, with many houses being destroyed in the tsunami," said Seselja.

Aid efforts for the archipelago are being hampered by the thick layer of ash remaining across the main island, including on the Nuku'alofa airport runway, which is preventing flights carrying humanitarian assistance from landing, according to the New Zealand Foreign Ministry.