The International Olympic Committee issued a statement on Wednesday in reply to U.S. Congressional inquiries about the source of materials for the apparel provided to IOC staff from Chinese suppliers for the Beijing Winter Games.

A specific question had been asked about cotton for the apparel possibly being produced in the cotton-farming Xinjiang region, where there are concerns about forced labor camps for Muslim minorities. The IOC's note stated that the cotton used was not from China.

"The IOC conducted third-party due diligence on suppliers that produced its own branded products for the Olympic Winter Games Beijing 2022," the Switzerland-based Olympic body said. 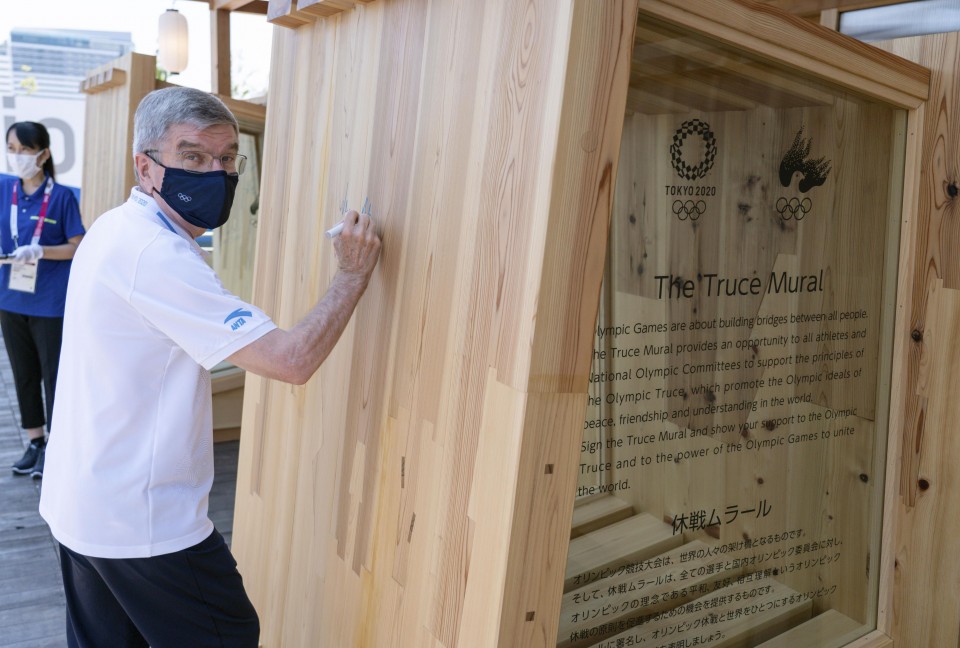 "This work, which started in September 2021 and is aligned with the IOC's Supplier Code, did not find any forced, bonded, indentured or child labor."

Uniform supplier Anta Sports and Hengyuanxiang Group gave assurances that the products were not made using forced labor. The former said the cotton used in the uniforms does not originate in China, and the latter said the uniforms do not contain cotton.

China has been criticized for their treatment of Uyghur Muslims in the northwest region of Xinjiang, and human rights activists have accused the IOC of failing to honor its rights pledge by turning a blind eye to the abuses.

The United States, Britain and Australia are among countries that have announced a diplomatic boycott of the Feb. 4-20 games over human rights concerns in China. Japan also decided against sending top officials to Beijing.