A 66-year-old man attacked three medical workers making a visit to his home near Tokyo on Thursday night, shooting two of them with a hunting gun including a doctor who was taken hostage and later confirmed dead, police said.

The 11-hour standoff came to an end early Friday morning after the police stormed the house in Fujimino, Saitama Prefecture, and arrested Hiroshi Watanabe for attempted murder. 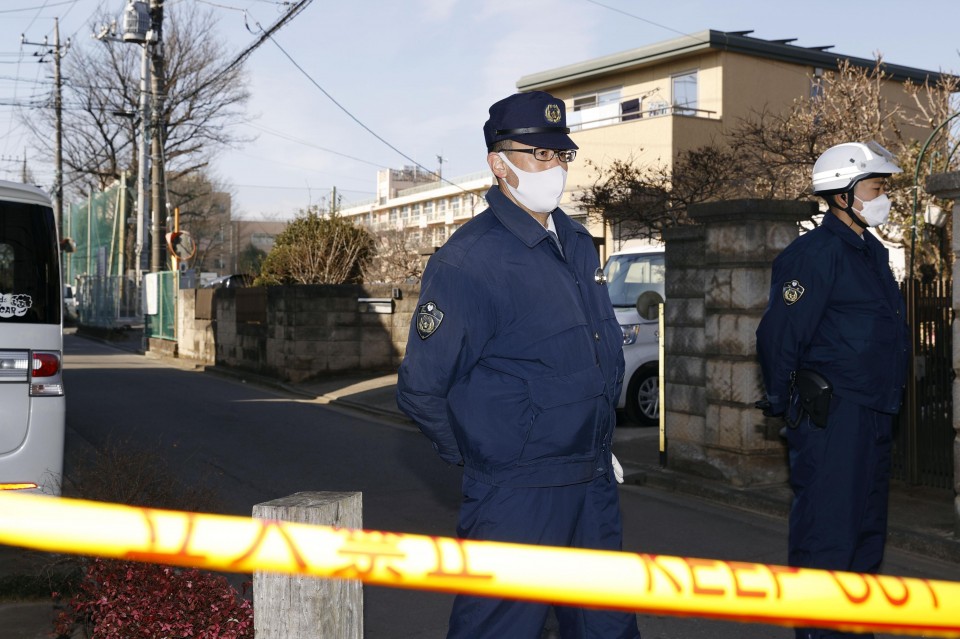 Police officers are pictured on Jan. 28, 2022 near a house in Fujimino, Saitama Prefecture, where a man attacked three medical workers making a visit to his home the previous night. The man shot two of them with a hunting gun including a doctor who was taken hostage and later confirmed dead. (Kyodo)     an armed man held a hostage in Fujimino, Saitama Prefecture, near Tokyo on Jan. 28, 2022. (Kyodo)

The three visited the house around 9 p.m. Thursday, apparently to express condolences over the death of the suspect's mother the previous day. They were in charge of home medical care for the woman, investigative sources said.

The third medical worker was also taken to a hospital after being injured with tear gas spray, the police said.

The suspect was quoted by the investigative sources as saying he was angry at the quality of his mother's care by the medical team and had requested that they visit.

Police said they found two hunting guns in his home.

A resident in the neighborhood called police after hearing loud bangs. Emergency workers also received a report from a person who said two people had been shot.

The police talked with Watanabe by phone during the standoff. He did not make any specific demands, they said, quoting him as saying the hostage was "okay," and that "I want to help him. Please rescue him."

The police did not talk directly with the hostage and were unable to confirm his condition.

According to neighbors, Watanabe was living with his bedridden mother and had little contact with them.

"I got the impression he was really devoted to caring for his mother," said a 74-year-old woman.

Watanabe moved to the area with his mother several years ago, a 91-year-old man in the neighborhood said. He recalled Watanabe saying he could not join in community activities because he had to take care of his mother.

With the standoff continuing into Friday morning, local authorities had evacuated some 110 nearby residents, and elementary and junior high schools in the area were closed for the day.

A 19-year-old university student living nearby said he heard a loud bang Thursday night while at home. After being informed of the incident by a police officer, he went to an elementary school designated as an evacuation site and then headed to another site at a junior high school. "I was scared. I wanted to leave the area quickly."

A 54-year-old man said he witnessed police cars lined up on a road. "I thought it was a fire, but I was surprised to hear that people were evacuating. It's usually a quiet area," he said. 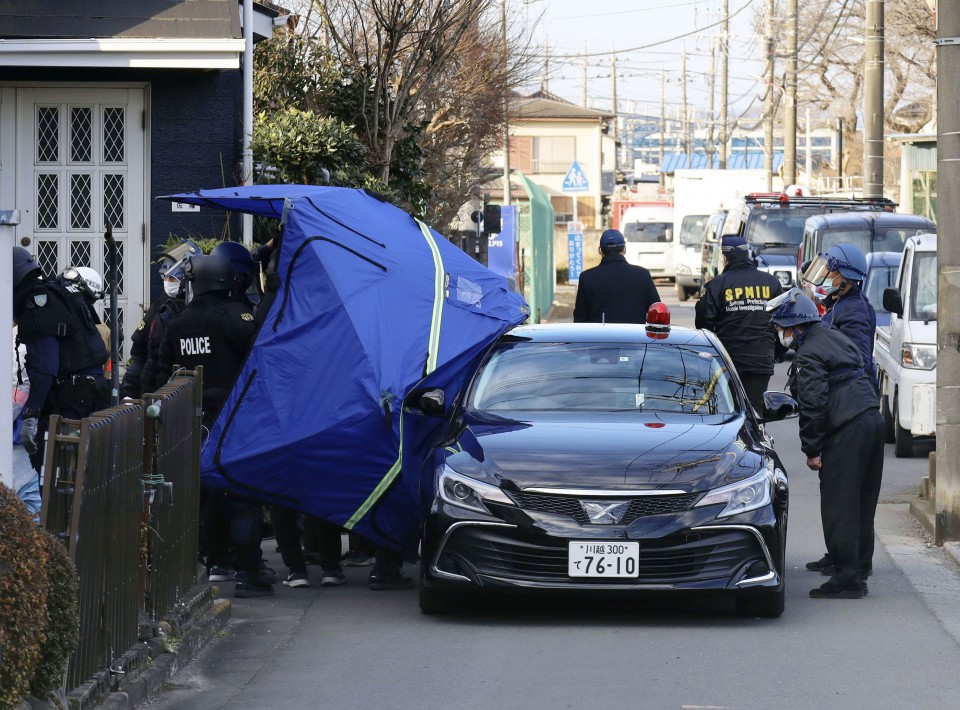 Police officers are seen on Jan. 28, 2022, in the area near a house where an armed man held a hostage in Fujimino, Saitama Prefecture, near Tokyo. The more than 10-hour standoff came to an end after the police stormed the house in the morning and arrested the man in his 60s after he allegedly attacked three medical workers who visited his home the previous night. (Kyodo) ==Kyodo