Japanese cities and towns are struggling to safely organize Coming-of-Age ceremonies in the wake of another wave of COVID-19 cases, with many of them holding the upcoming events virtually or in separate groups, if not canceling them.

The nationwide tally of infections hit a four-month high of over 6,200 on Friday, three days before this year's Coming-of-Age Day. 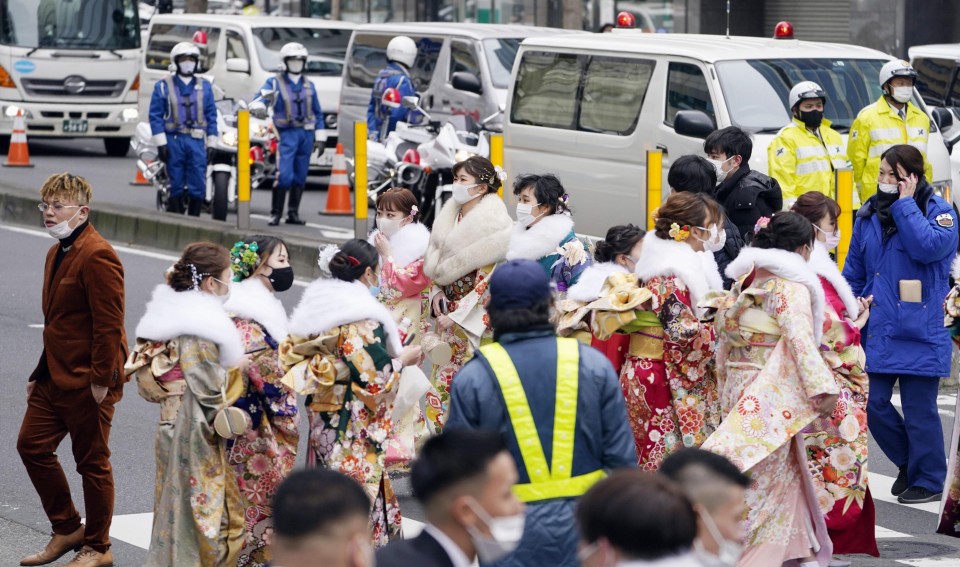 Women in kimono walk near the venues of a coming-of-age ceremony in Yokohama near Tokyo on Jan. 11, 2021. (Kyodo)

All of Okinawa and parts of Hiroshima and Yamaguchi prefectures, especially affected by the spread of the Omicron variant triggered by infections among U.S. military personnel, will be placed under a quasi-state of emergency through the end of this month from Sunday, and a number of municipalities have hastily decided to cancel or postpone the annual ceremonies.

One of the exceptions is the remote island of Ishigaki in Okinawa, where a ceremony was held on Tuesday for about 430 new adults, who were all required to submit negative PCR test results beforehand.

"After graduating from high school, many leave the island. So the ceremony is an opportunity to have a reunion with friends after a long time and it was nice to see the joy of the new adults," a city official said.

Japanese municipalities hold ceremonies on the second Monday of January for those who turned or will turn 20 by the end of the following March to welcome them into adulthood. Women very often wear colorful kimonos and men formal wear to mark the day, which has been designated as a national holiday.

Yokohama -- where 36,000 new adults are registered, the most in the country -- will hold four ceremonies at a big arena on Monday. The city will also live stream the event on its website.

As part of efforts to prevent the spread of the virus, antigen test kits will be distributed to unvaccinated participants for free. "We want to do everything we can to help people participate with ease," a Yokohama official said.

In central Tokyo, where all 23 wards except Suginami canceled Coming-of-Age ceremonies last year, most districts this year plan to go ahead with events though they will not all be held at the same time.

Shinjuku Ward, however, has said it will cancel its ceremony but will prepare an area in a hotel where new adults can take photos with friends. 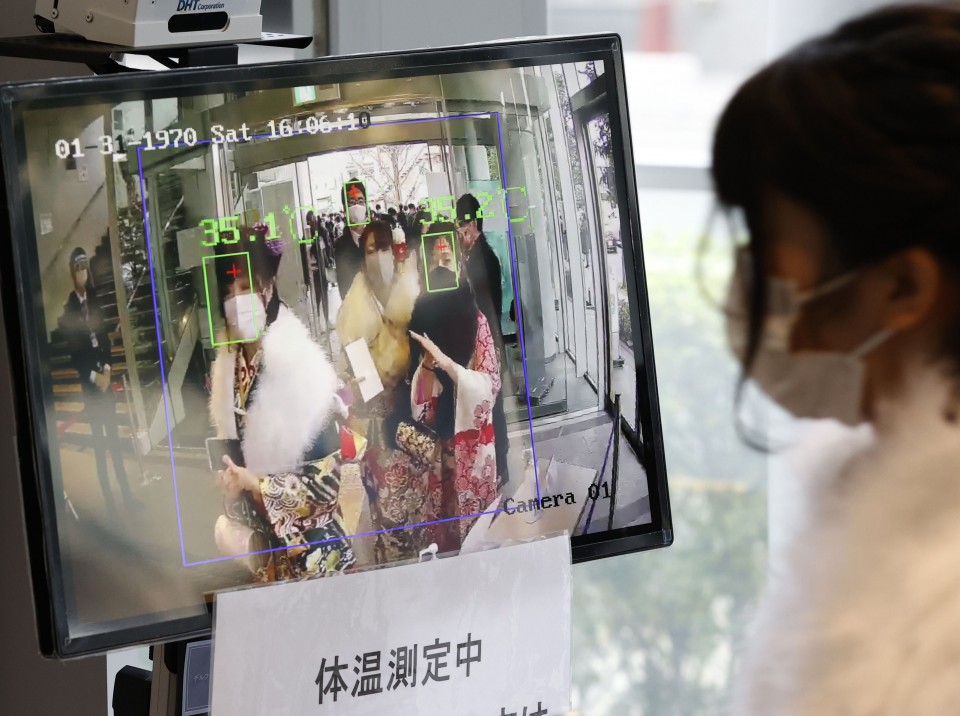 A woman has her temperature checked before entering the venue of a coming-of-age ceremony in Tokyo's Suginami Ward on Jan. 11, 2021. (Kyodo)