A tiger attacked three keepers at a safari park north of Tokyo on Wednesday, with one of them having her hand bitten off, police and other sources said.

The police are investigating if there were any flaws in keeping the animal at Nasu Safari Park in Tochigi Prefecture, after its operator said it had failed to confirm that the tiger was in its fenced enclosure the previous day.

Of the three keepers, all in their 20s, a second woman was bitten in several parts of her body by the 10-year old male Bengal tiger, which is around 2 meters in length and weighs 150 kilograms, the police said. The third victim, a male keeper, was injured in the back of his head. 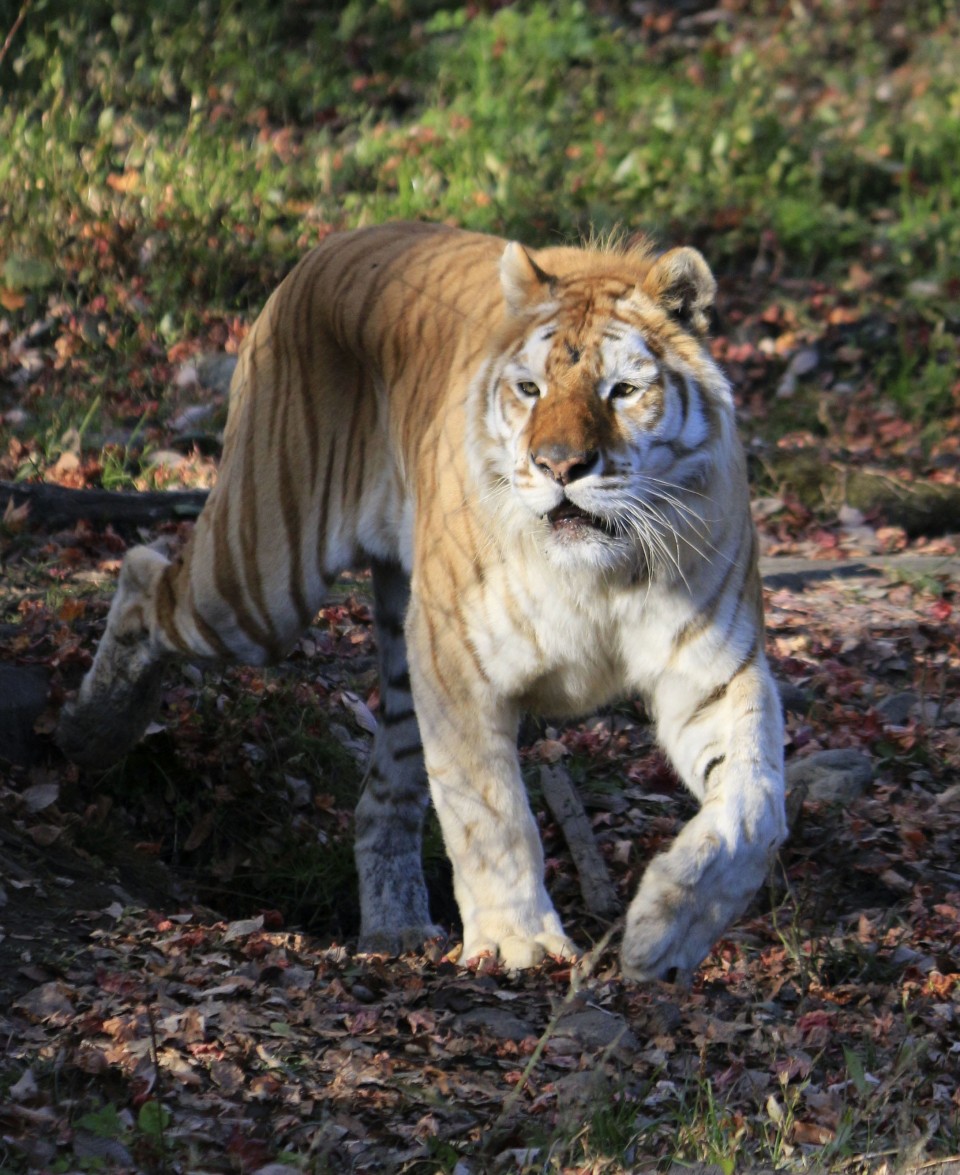 Photo from the Twitter account of Nasu Safari Park in Nasu, Tochigi Prefecture, shows the tiger that attacked three workers at the park. (Kyodo)

The female keeper who lost her right hand was transported by a medical helicopter. The two others were also taken to hospital.

The incident occurred at around 8:30 a.m. when they were preparing for the day's service.

According to the park operator, the tiger was not in its fenced enclosure as expected but in the corridor leading to an exhibition area when it came across the keepers and attacked them.

An executive of the park said earlier in the day that one of the keepers had to enter a space where the tiger was to let it out due to problems with part of the doors.

Suspicions have now been raised that point to mismanagement.

According to a park manual, keepers must check that the fence to the tiger's cage is closed after it has been led back inside once exhibition is over.

But the fence was not checked on Tuesday, and the tiger was in the corridor the following morning, said the operator.

Following the incident, the park decided to close for the day.

The park houses about 700 animals of 70 species including elephants and giraffes, offering tours on specialized buses and for customers with their own cars.

At the park in 1997 and 2000, there were also incidents involving keepers being attacked by lions. 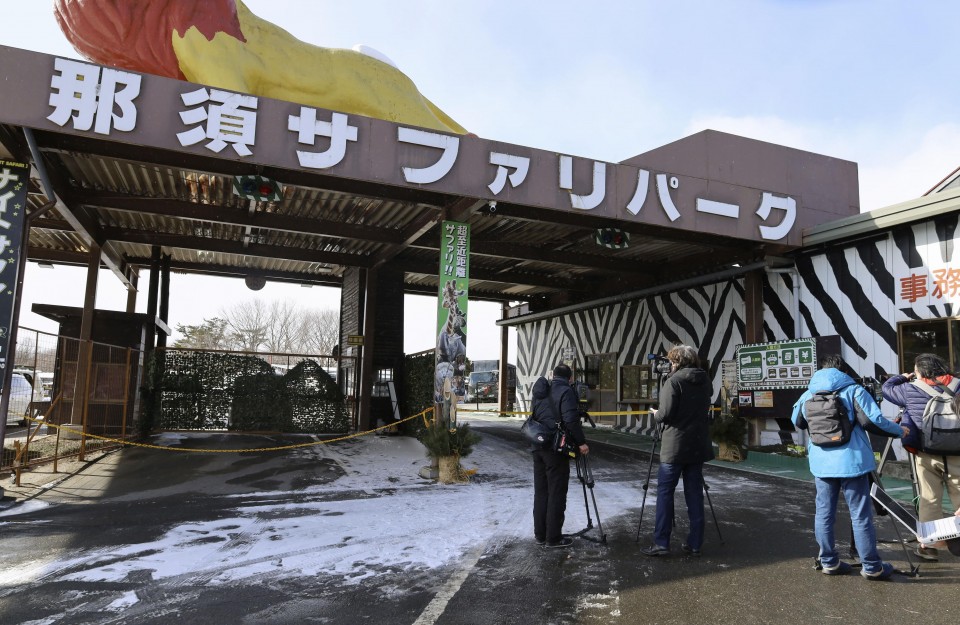 Photo taken on Jan. 5, 2022, shows Nasu Safari Park in the Tochigi Prefecture town of Nasu, eastern Japan, where a tiger attacked three workers earlier in the day, seriously injuring one of them. (Kyodo) ==Kyodo

Oldest giraffe in Japan dies at 32