Boasting a vibrant arts scene, Hong Kong had until recently been a showcase for diversity of expression as the residents of the former British colony enjoyed an array of freedoms even after its handover to China in 1997.

Artists and filmmakers in Hong Kong, however, are now under threat as authorities enacted a sweeping national security law in 2020 and a revised film ordinance in 2021, doing away with the city's once-guaranteed freedoms of speech and expression.

On Nov. 12, Hong Kong welcomed the opening of the M+ museum, a long-awaited project that marked the city's efforts to establish itself as a global hub for arts and culture amid mounting concerns of censorship. 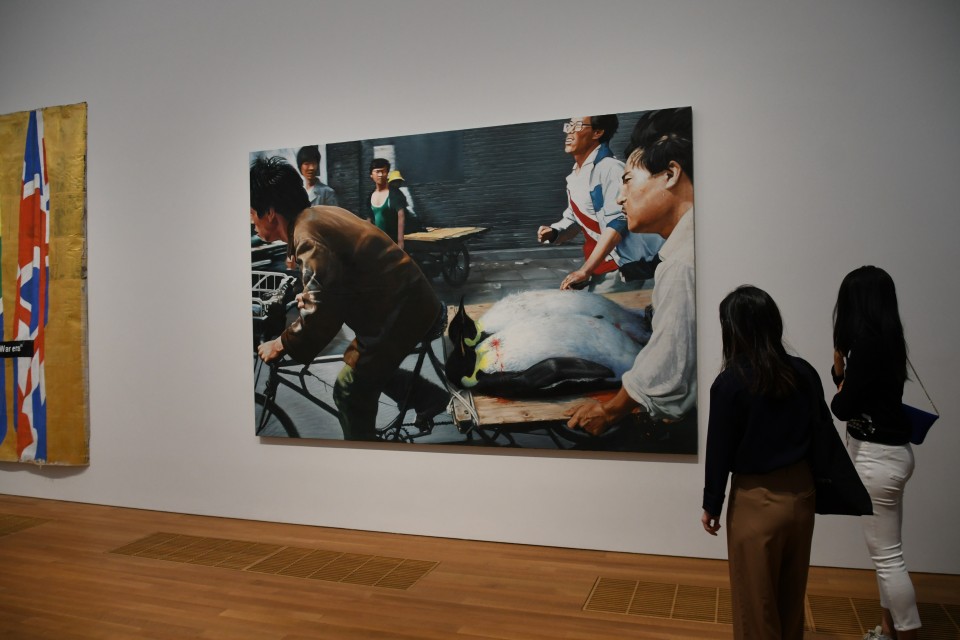 Touted as "Asia's first global museum of contemporary visual culture," the 65,000-square-meter giant houses 33 galleries featuring over 48,000 pieces of art from across the globe and is expected to rival both the Tate Modern in London and the Museum of Modern Art in New York.

Despite its highly anticipated arrival after nearly two decades in the making, reception to the M+ has been a mix of excitement and disappointment as critics accused museum management of censorship after it announced it would not display a series of photographs by Chinese artist Ai Weiwei.

One particular photograph titled "Study of Perspective: Tian'anmen" portrays Ai raising his middle finger at the Tiananmen Square Gate in Beijing where student-led protests calling for democracy were crushed in 1989.

The piece was met with criticism after a media preview in March, with pro-Beijing politicians accusing it of "spreading hatred against China." The M+ has since removed the photo from its official website.

Behind this move was the national security law imposed by mainland authorities in June 2020 amid its crackdown on dissent in the city following pro-democracy protests in 2019. The law criminalizes acts of secession, subversion, terrorism and collusion with foreign forces.

The city already witnessed the effects of the law on press freedom earlier in 2021 as pro-democracy newspaper Apple Daily folded after a 26-year run, succumbing to mounting pressure from Chinese and Hong Kong authorities as its senior editors and executives were arrested.

Henry Tang, chairman of the West Kowloon Cultural District Authority that manages the M+, encouraged the public to view the art "with an open and inclusive attitude" and assured that the museum would "uphold and encourage freedom of artistic expression and creativity" so long as it abides by the law. 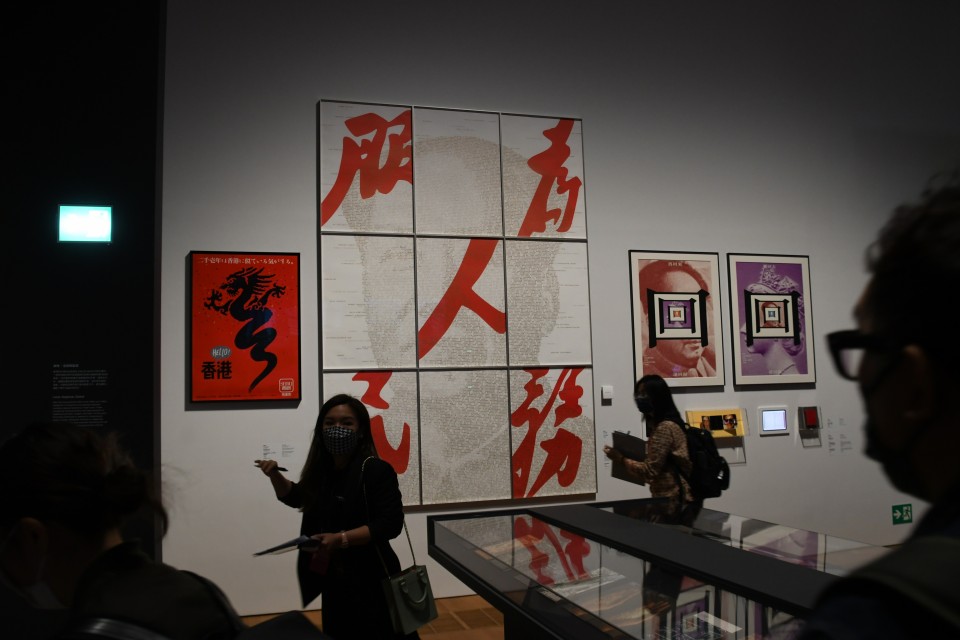 Regarding the accusations of the censorship at the M+, Tang denied claims that the photograph had been omitted on political grounds, explaining that several unexhibited works were still pending review.

Ai, who exiled himself from China to Portugal, said in an email interview that he believes the museum can still be an important place for cultural development despite the removal of his photo from its website, pointing out that some of his other works had been put on display.

"Although a lot of artworks, including my artworks, cannot be exhibited because of censorship, it could still have an impact on culture and its consumption in the region to a certain extent," Ai wrote.

"Objectively speaking, M+ Museum is already doing the maximum of what they can do. If we are talking about censorship, to be honest, it is everywhere," he added.

However, he admitted that the museum is subject to limits on expression as it is operated by the Hong Kong government under Beijing's supervision.

"I am not expecting Hong Kong to exhibit my artworks as an exception because my artworks are banned in China too," he added.

Tensions between authorities and the creative community of artists are stretching beyond the fine art scene as Hong Kong's film industry, once dubbed the "Hollywood of the Far East," faces a similar challenge.

In October, the city's Legislative Council passed a revised film censorship ordinance to state that films could be banned if they are found to endanger national security, with penalties of up to three years imprisonment and HK$1 million ($128,000) in fines -- a move critics say sounded the death knell for freedom of expression.

The revisions to the Film Censorship Ordinance also allow the government to retroactively revoke a film's license if it is considered "contrary to national security."

Commerce Secretary Edward Yau told the Legislative Council in October that the revision would provide "clear rules" for the movie industry so that filmmakers would not accidentally cross a red line.

But Kenny Ng, an associate professor of Hong Kong Baptist University's Academy of Film, said the red line could become ambiguous in terms of film storytelling as expressions are open to interpretation, depending on those who watch and the context of the film.

"Interpretation is also dependent on the social atmosphere," he said.

Ng believes that the revisions would most affect independent films like the documentary "Revolution of Our Times," which saw its debut at the Cannes Film Festival in July.

Directed by Hong Kong native Kiwi Chow, the movie depicts the events of the 2019 anti-government protests and highlights the stories of seven protesters fighting for democracy. 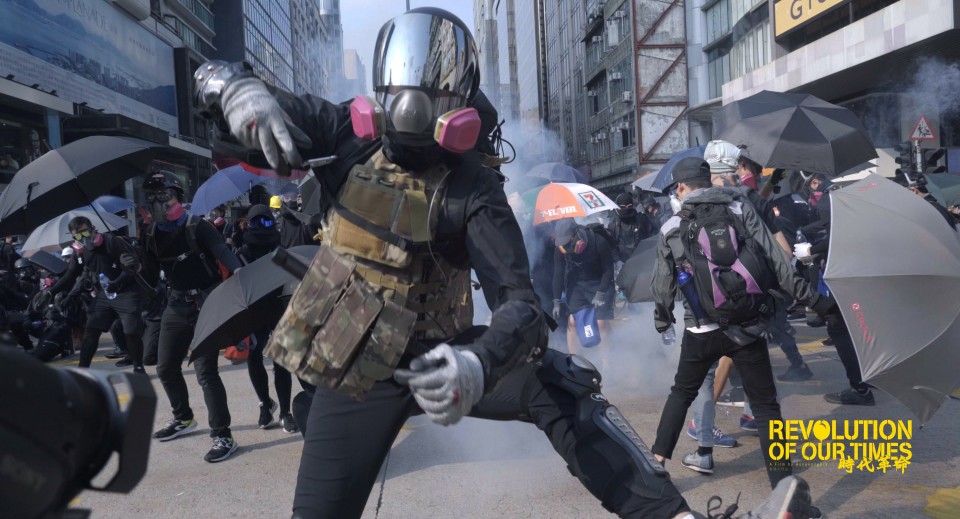 The decision to show the documentary was kept under tight wraps until its screening for fear that it would anger Beijing and Hong Kong authorities.

Chow, who chose to remain in Hong Kong, has since destroyed raw footage and materials to protect those involved in the production from persecution. He did not seek to distribute the film locally to mitigate his legal risks and also transferred the film's copyright to an individual outside the city.

Speaking to Kyodo News, Chow said Hong Kong filmmakers were dealt a double blow by the amended ordinance and the national security law.

"Naturally, self-censorship has intensified under the national security law," Chow said. "The entire industry and entire Hong Kong have been subject to fear and pressure. It can be said that there is very little creative freedom." 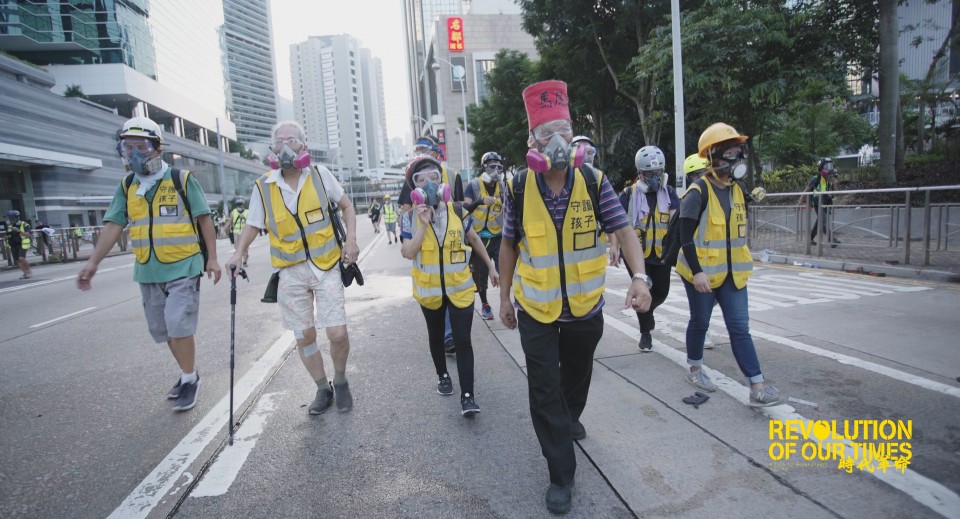 Despite this situation, Ng still has hope for the future of the filmmaking industry.

"I think in time, people will find some other ways to adapt to the new changes," he said.

"We had quite a number of interesting, compelling film stories (in 2021) by younger filmmakers -- so I'm not that pessimistic."

Like Ng, Ai also believes there is a way for artists to flourish in Hong Kong in the face of toughened censorship.

"We cannot let censorship restrict art expression," Ai said. "A lot of literature and art are created under limitations. Conversely, places without limitations do not necessarily mean that valuable artworks can be created."

"No matter what happens to Hong Kong, it solely depends on Hong Kong artists' own ability," he added.