A government-backed watchdog has urged a Japanese construction company and an intermediate body to take measures to prevent abuses of foreign technical trainees after a Vietnamese man suffered serious injuries at the hands of Japanese co-workers at the company, Justice Minister Yoshihisa Furukawa said Tuesday.

The Organization for Technical Intern Training will further probe the case with the possibility that the watchdog may revoke the body's permit to act as an intermediary between such trainees and host companies, according to government officials.

The Vietnamese trainee was repeatedly assaulted by Japanese workers at the company in Okayama, western Japan, for roughly two years and sustained serious injuries, including broken bones, according to a labor union representing the 41-year-old man. 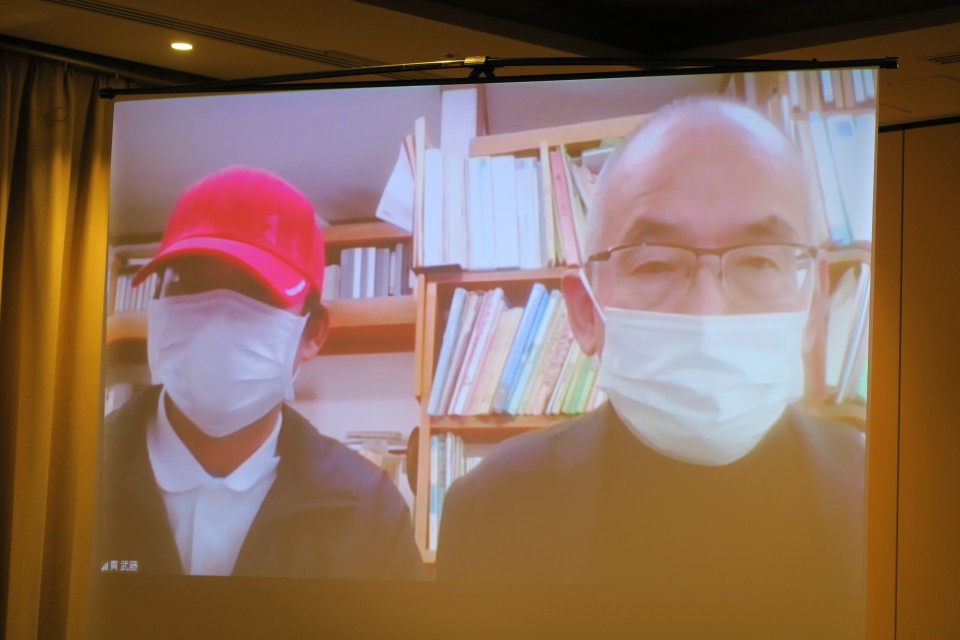 A Vietnamese man who had worked as a technical trainee at a construction company in Okayama, western Japan (L) and Mistugu Muto, chairman of Fukuyama Union Tampopo labor union, are seen on a screen at a press conference in Tokyo on Jan. 25, 2022. (Kyodo) 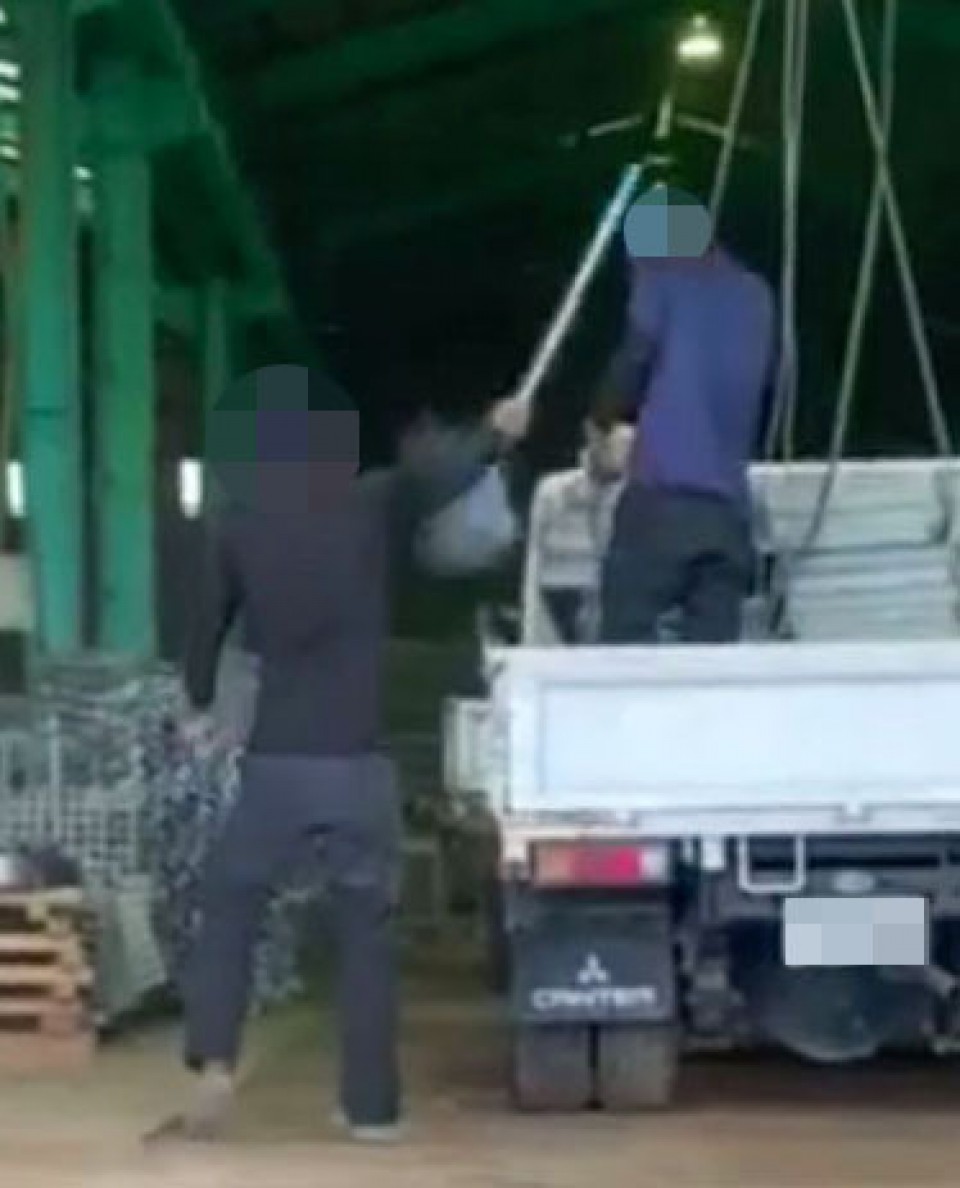 Supplied screenshot of video footage shows the Vietnamese trainee (R) being hit with a broom-like object by a Japanese colleague in September 2020. (Photo courtesy of Fukuyama Union Tanpopo)(Faces have been pixelated)(Kyodo)

Later Tuesday, the Vietnamese man, speaking to reporters on condition of anonymity, said he could not report his abuse to police for fear of retaliation.

"What I was most afraid of was that I might no longer be able to work at the company and be sent back to Vietnam," he said in a virtual news conference at the Foreign Correspondents' Club of Japan in Tokyo. "I was very scared and panicked and did not know what to do."

Speaking alongside the victim, Mitsugu Muto, head of a labor union supporting him, said the police are investigating the case in cooperation with the union.

Muto criticized the government for responding to the case "too late" and said, "I think it would be a good opportunity for the justice minister to delve into this issue and think about how this (whole) trainee system should work."

"There is still much to do," he said.

The Organization for Technical Intern Training is arranging for the Vietnamese victim and his foreign colleagues to be transferred to another company to continue their internships.

Muto said the Vietnamese man has received several offers from companies that want to accept him as a trainee.

The Immigration Services Agency of Japan, the Ministry of Health, Labor and Welfare, and the watchdog released a statement Monday calling on companies that accept foreign trainees and intermediary organizations to monitor workplace abuse.

The Vietnamese trainee said he arrived in Japan in the fall of 2019, and the abuse began around a month after he started work and continued for about two years.

Video footage of the violence showed the man being punched, hit about the head and body with a broom, and berated for failing to respond well in Japanese.

The man is demanding an apology and compensation from the construction company and the intermediary body.

Muto said the company has admitted to the abuse and said it would apologize and make compensation.

The intermediary body, also based in Okayama, has "generally accepted" its responsibility in the case and said that it should have prevented the abuse from happening, he said.

But it has been criticized for creating a hotbed of exploitation and accused of providing a cover for companies to import cheap labor from other Asian countries.