In Japan, where mental illness is still widely seen as a taboo subject, Sony Group Corp.'s music unit has launched a pioneering project to provide its signed artists with mental and physical health care.

The company, which has stars such as Lisa and Akiko Yano on its books, has acted in response to the toll the coronavirus pandemic has been taking on the working lives of performers.

Because artists' work styles and contracts vary, caring for their health has mostly been up to the artists themselves or their talent managers, unlike company workers, whose employers provide them with regular health examinations. 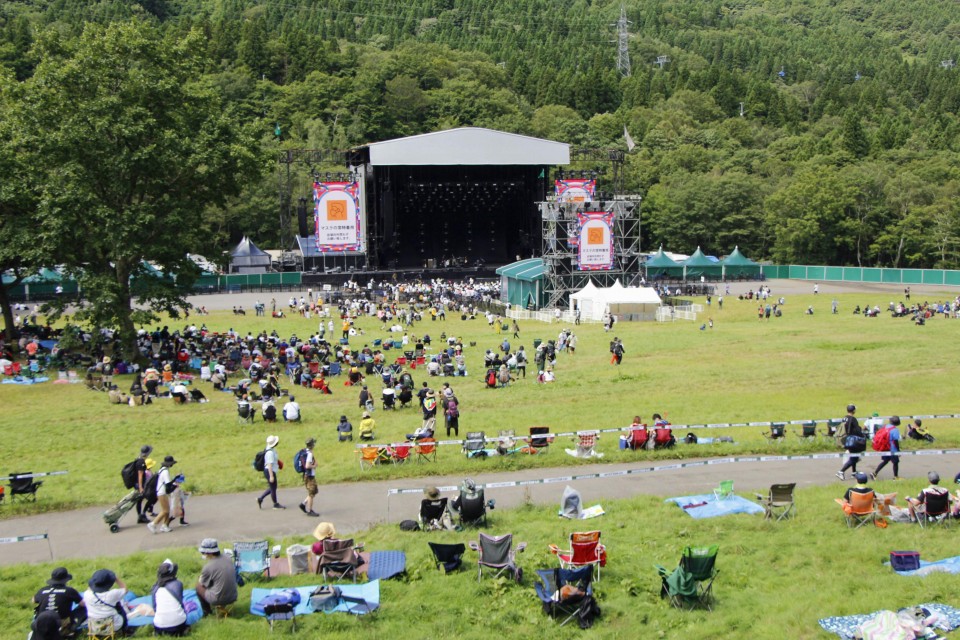 The Fuji Rock Festival opens in Yuzawa, Niigata Prefecture, on Aug. 20, 2021. The outdoor music event, through Aug. 22, is taking place with drastically reduced tickets due to the coronavirus pandemic. (Kyodo) ==Kyodo

Shinji Obana, SMEJ's vice president of Global Business Strategy, said the kind of support provided by the new initiative, dubbed "B-side," is very hard to find in Japan, unlike in Europe and the United States, where music companies cooperate with nonprofit organizations to support the mental wellbeing of their artists.

"Regular mental checkups, which began as a trial in the spring (of 2021), were highly welcomed by the artists," Obana said, adding that some said they appreciate the company making the effort as there had been no measures like this previously.

"The number undergoing counseling is still small and cannot be disclosed, but artists, creators and staffers are gradually starting to use it," he said. Currently, around 400 to 500 people are eligible to take advantage of B-side's services.

Obana said the coronavirus pandemic prompted SMEJ to take action as the firm's talent managers' department "voiced the need to help their artists as an organization" because of the difficulties artists were facing in holding concerts and otherwise fulfilling their role as performers.

The company is also planning to hold in-house workshops for all employees to raise awareness of mental health and create an environment where people can talk about the topic more openly within the company.

Counselors who have worked in the music industry hailed the B-side initiative as "groundbreaking" in a country where people are hesitant to talk about mental health issues.

But they say the measures are not sufficient to fundamentally improve the situation. 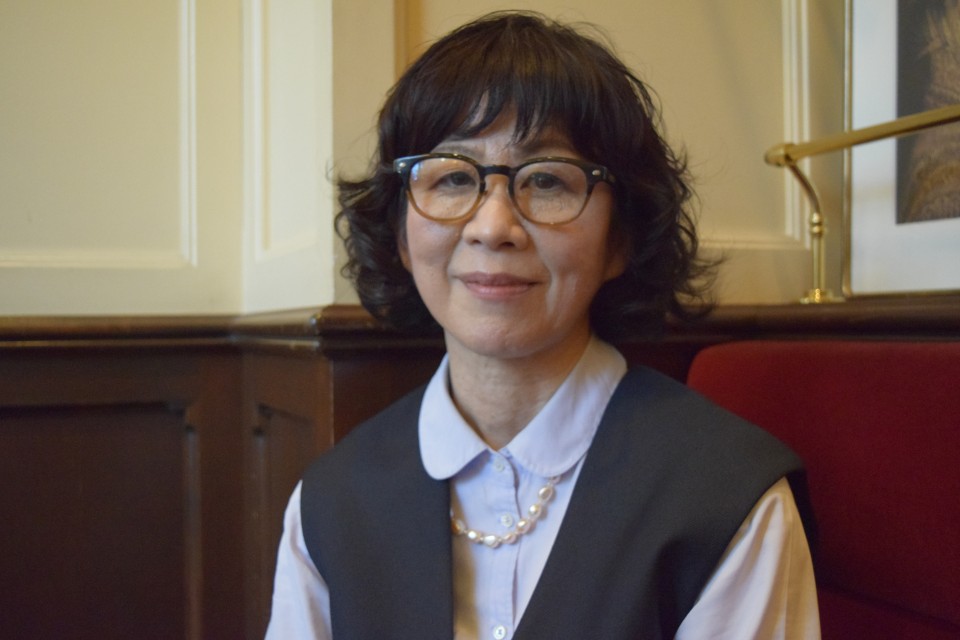 Yuri Ishii, an industrial counselor who worked at major record firms for over 30 years including as an executive, said people in powerful positions in the industry need to abandon certain presumptions, namely that artists are happy to work long hours because music is what they love and that the struggles they face go with the job.

She said many seniors in the industry still expect young artists to endure and overcome difficulties to build careers, based on their own experiences of surviving long working hours and harassment to achieve success.

"Such hard work paid off in the past as results followed on the back of an economic boom, but for those under their early 40s, it doesn't necessarily work out," Ishii said.

Younger artists now have various goals for their careers, from performing at large concert halls to presenting their work online, but if their seniors fail to understand these changing aspirations, it can lead to harassment including forcing an unsustainable working style on up-and-coming performers, she said.

Artists are also susceptible to the belief that anxiety or pain is a necessary source of creativity, a view often shared by fans and producers. Adding to the pressure of creating a new song today is the expectation that the artist will promote it on social media, whether or not they want to, experts say.

Masahiko Teshima, an artist-turned industrial counselor and a teacher at Muse Academy of Music in Tokyo, said the weight of such expectation could prevent artists from getting the rest they need, even if they are feeling stressed out. 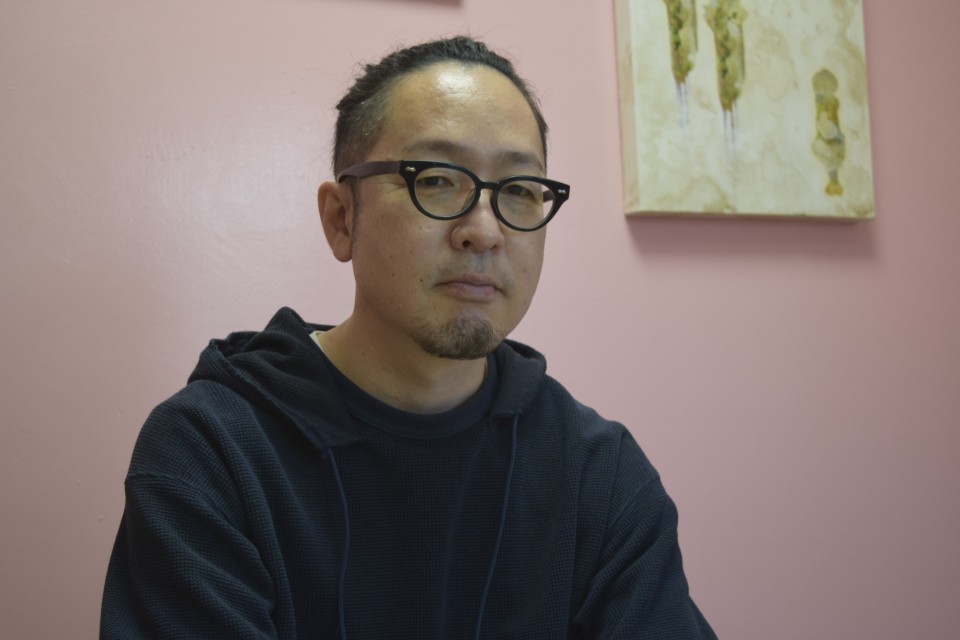 Teshima said many of the artists he is acquainted with, including those who have graduated from his school, find using social networking services "a heavy burden," partly as it makes them more vulnerable to online attacks.

While Sony Music's initiative was significant, he said, it is also a "transition time" for fans to learn about mental health, as such knowledge "could act as a brake" and stop someone sending abusive messages directly to an artist.

"If fans, artists and record companies can create a base of respecting artists' health, I think the situation will improve," Teshima said.

Counselors in Japan said many of the underlying problems are common to other industries and public awareness of mental health care can be boosted if more artists become able to talk about its importance. They cited examples from overseas, such as U.S. singer Billie Eilish or South Korean boy band BTS, who have spoken openly about the challenges they face.

Teshima said artists are often described as "a canary in a coal mine" as they tend to suffer ahead of others in society in exchange for starting something new.

"Japanese society lacks knowledge about mental health but has a prejudice against it," Teshima said. "But I have hopes for the potential of music and the arts to provide a cue for a big change."

Sony Music's Obana said the company is willing to share its experience and collaborate with other firms in the industry. It is also open to cooperating with health care organizations to support artists, as already happens in the United States and Europe.

"I think many people realized amid the pandemic how much they are helped by entertainment," Obana said. "We want to create a better environment in which artists, who cheered us up, can work while staying healthy."