Hideki Matsuyama won the Sony Open in Hawaii on Sunday, beating American Russell Henley in a playoff after the pair finished the final round tied at 23-under.

The victory is the 29-year-old Matsuyama's eighth PGA Tour title, tying South Korea's K.J. Choi for the most wins by a player from Asia. 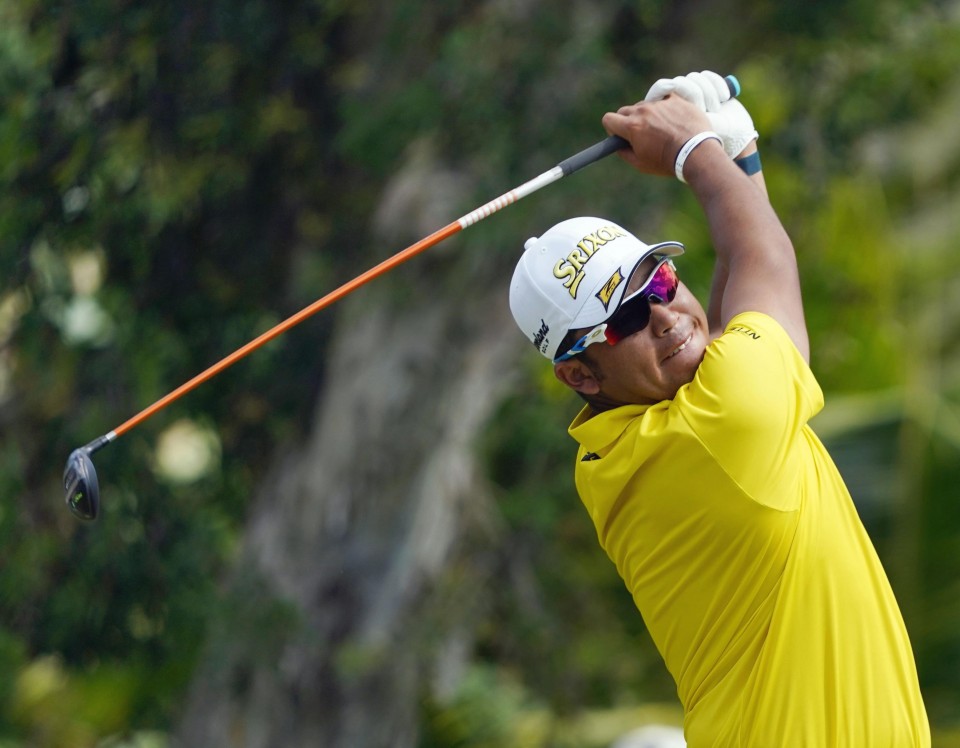 Japanese golfer Hideki Matsuyama hits off the third tee during the final round of the Sony Open in Hawaii on Jan. 16, 2022, at Waialae Country Club in Honolulu. (Kyodo) ==Kyodo

The reigning Masters champion overcame a five-shot deficit on the back nine at Waialae Country Club to draw level with Henley, who led Matsuyama by two strokes coming into the final round.

Matsuyama clinched the championship with an eagle on the first playoff hole, on the par-5 18th, setting himself up for victory with a superb 252-meter second shot from the fairway to near the pin after Henley drove into the bunker.

"I was back at the turn and Russell was just playing beautifully, but I'm glad it came out this way," said Matsuyama, who shot 66, 65, 63 and 63 over the four days.

The Ehime Prefecture native said there was special significance to winning at Waialae, where Isao Aoki became the first Japanese player to win on the PGA Tour in 1983.

"To follow him up, I'm over the moon," Matsuyama said.

The Sony Open is Matsuyama's second PGA win of the season, following his victory in Japan at the Zozo Championship in October.

With strong support from the gallery, Matsuyama started the back nine with a pair of birdies, with Henley's bogey on No. 11 helping the Japanese make up further ground.

Matsuyama took a share of the lead with his seventh birdie of the day on the final hole of regulation, then carried the momentum as the joint leaders headed back to the 18th for the playoff.

Satoshi Kodaira was next best among the Japanese, tying for 12th at 15-under after a final round of 65. 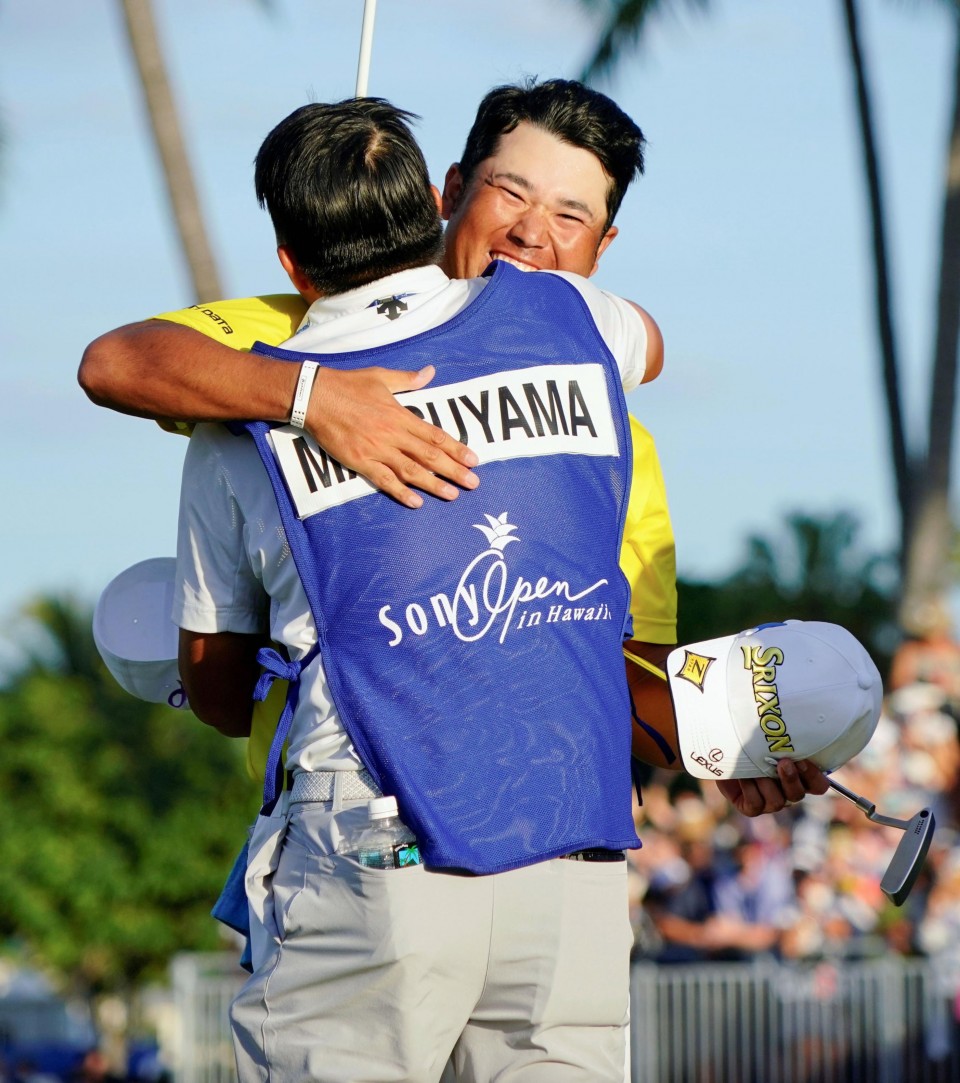 Japanese golfer Hideki Matsuyama (facing camera) celebrates with his caddie after winning the Sony Open in Hawaii by beating American Russell Henley in a playoff at Waialae Country Club in Honolulu on Jan. 16, 2022. (Kyodo) ==Kyodo