Japan on Tuesday expanded a COVID-19 quasi-state of emergency to 34 of the nation's 47 prefectures with the addition of 18 more areas, as the country continues to battle record coronavirus infections amid the rapid spread of the Omicron variant.

Effective from Thursday to Feb. 20, the quasi-emergency is intended to reduce the strain on the health care system and prevent a shortage of essential workers that could result from a surge in infections and close contacts.

Japan reported 62,610 new infections Tuesday, topping 60,000 for the first time as the highly transmissible Omicron variant has driven the acceleration of COVID-19 cases in recent weeks. 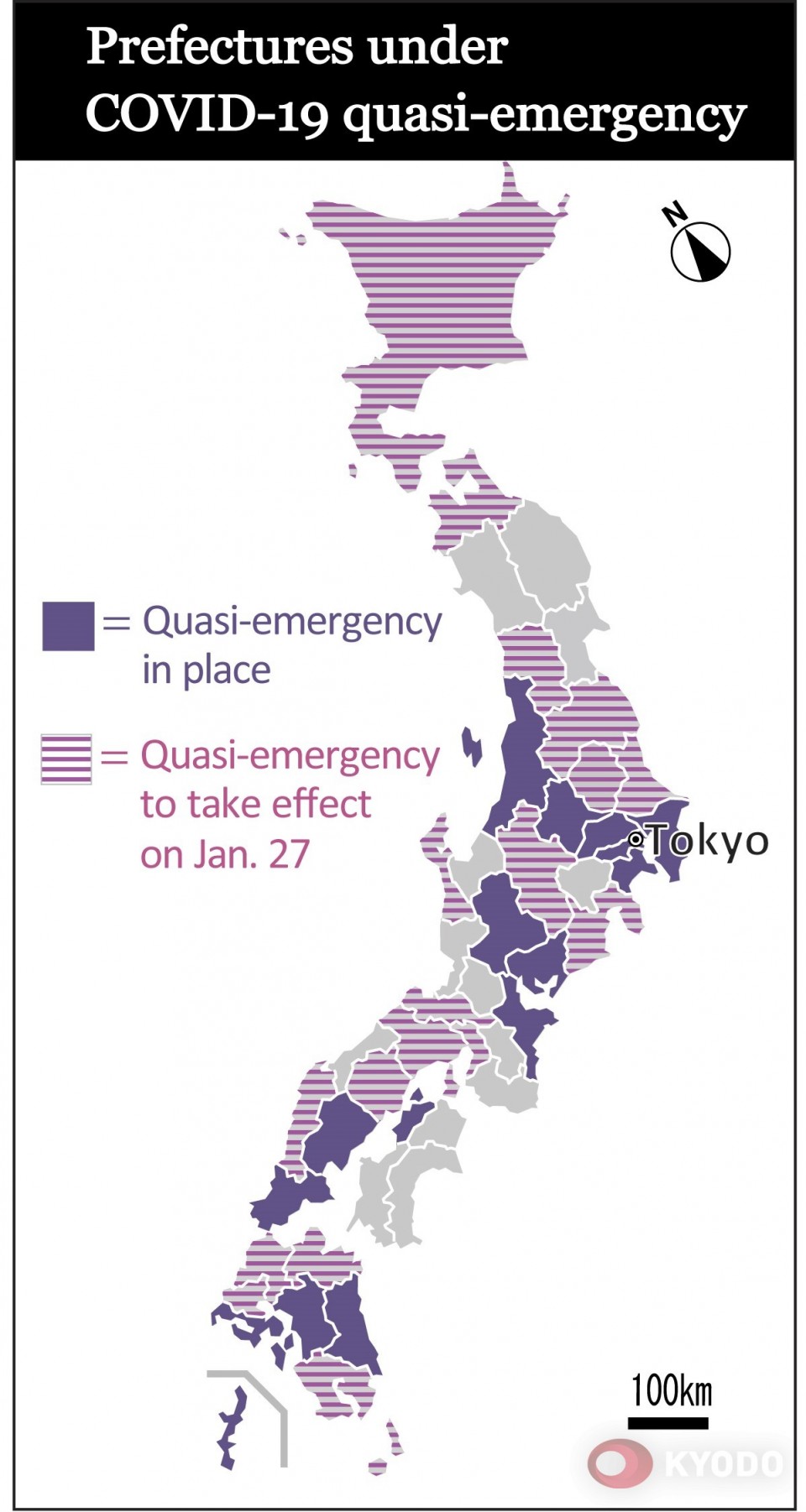 The country also reported 42 deaths the same day, the highest tally since Oct. 8.

Once the quasi-emergency takes effect, the governors of the 18 prefectures, including Osaka, Kyoto and Hyogo in the Kansai region of western Japan, will be able to request restaurants and bars to shorten their business hours and stop or limit the serving of alcohol.

Prime Minister Fumio Kishida also decided Tuesday to extend quasi-emergency curbs that have been in place since Jan. 9 in Okinawa, Yamaguchi and Hiroshima prefectures beyond Jan. 31 to Feb. 20.

Government data showed that as of Monday, the ratio of hospital beds occupied by COVID-19 patients had surpassed 50 percent in seven prefectures, with the occupancy rate reaching 68 percent in Okinawa.

Amid the growing possibility of prefectural governments seeking a declaration of state of emergency, Chief Cabinet Secretary Hirokazu Matsuno said the central government will swiftly review such requests as they come in, but added, "Since the declaration entails strong restrictions on private rights, we need to carefully consider it."

On Tuesday, Tokyo reported a record 12,813 new coronavirus cases. The capital and three neighboring prefectures were among 13 areas already added to the quasi-emergency last week, with no changes to the planned end date of Feb. 13 in those regions.

Health experts say there is an increased risk of infection at social gatherings such as drinking parties. Kishida has said limiting people's movements and the number who can dine together may be necessary as part of anti-virus steps.