Heavy snowfall hit Tokyo and surrounding areas Thursday, grounding flights and delaying trains, while more than 50 people were taken to hospitals in the capital after slipping and falling due to snow on the streets, authorities said.

Central Tokyo observed 10 centimeters of snow accumulation in the evening, a level unseen over the past four years. The Japan Meteorological Agency issued a warning of heavy snowfall in the 23 wards of the capital, also the first since January 2018. 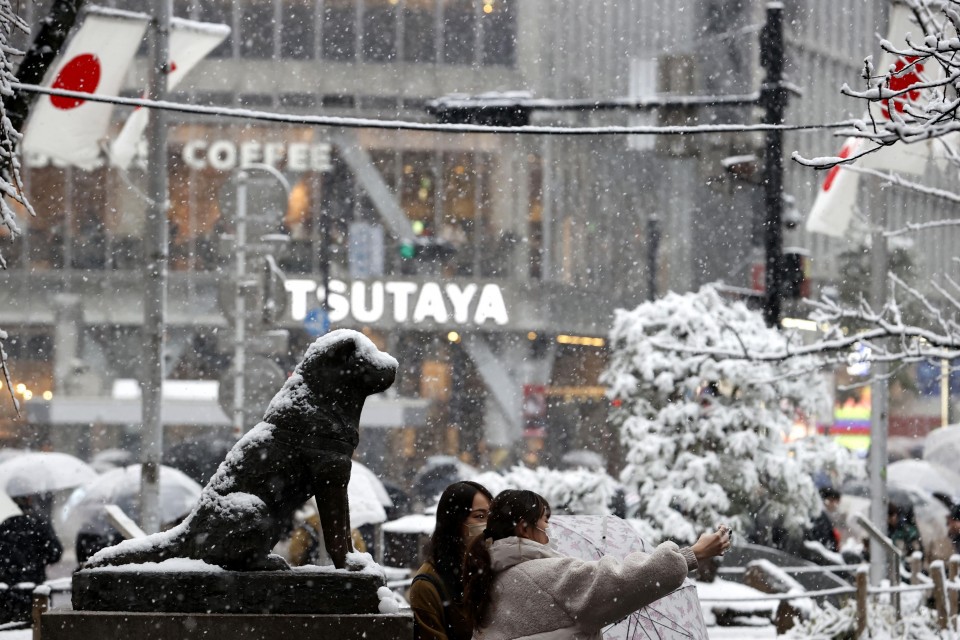 The warning was also issued in Chiba and Ibaraki prefectures, while the agency called attention to heavy snow in other areas on the Pacific coast, which usually see less snow than the Sea of Japan side.

Yokohama in Kanagawa Prefecture and the city of Chiba recorded 8 cm and 7 cm of accumulated snow by 7 p.m., respectively, while Saitama city saw 2 cm by 6 p.m.

At least 52 people were taken to hospitals in Tokyo. Meanwhile 24 were injured in Saitama Prefecture, including an 84-year-old man who broke his leg after falling when he was riding a bicycle, according to local authorities. 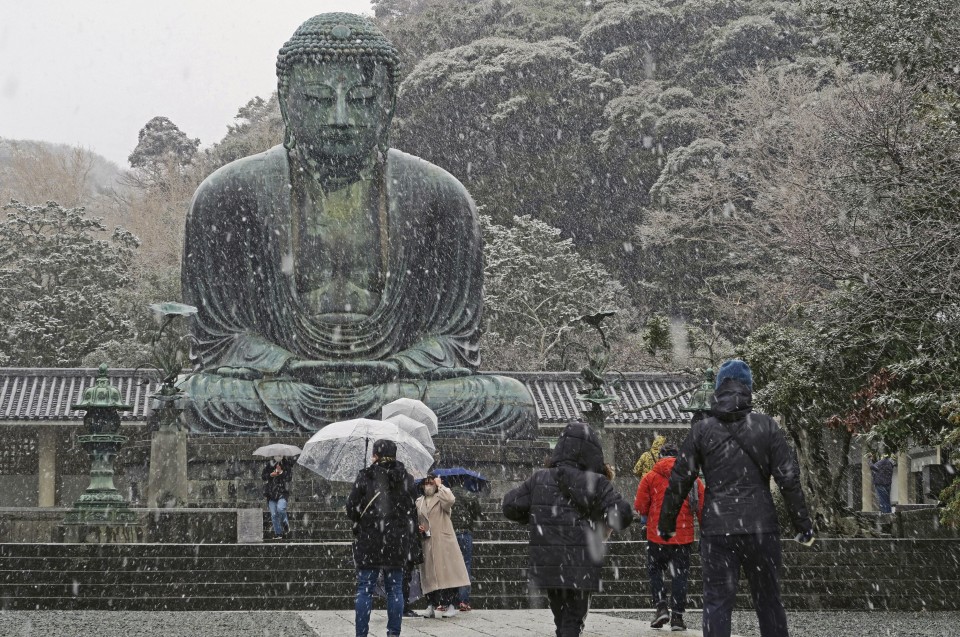 People visit the Great Buddha of Kamakura in the snow in Kamakura near Tokyo on Jan. 6, 2022. (Kyodo) ==Kyodo

Over 100 domestic flights departing or arriving at Haneda or Narita airports, the metropolitan area's main air gateways, were canceled Thursday, affecting some 9,700 passengers, according to Japan Airlines Co. and All Nippon Airways Co.

Japan Railway operators said the heavy snow caused the Tokaido Shinkansen Line to run slower than usual between Shinagawa and Atami stations, with some trains on the Tokaido Line and other local lines also delayed. 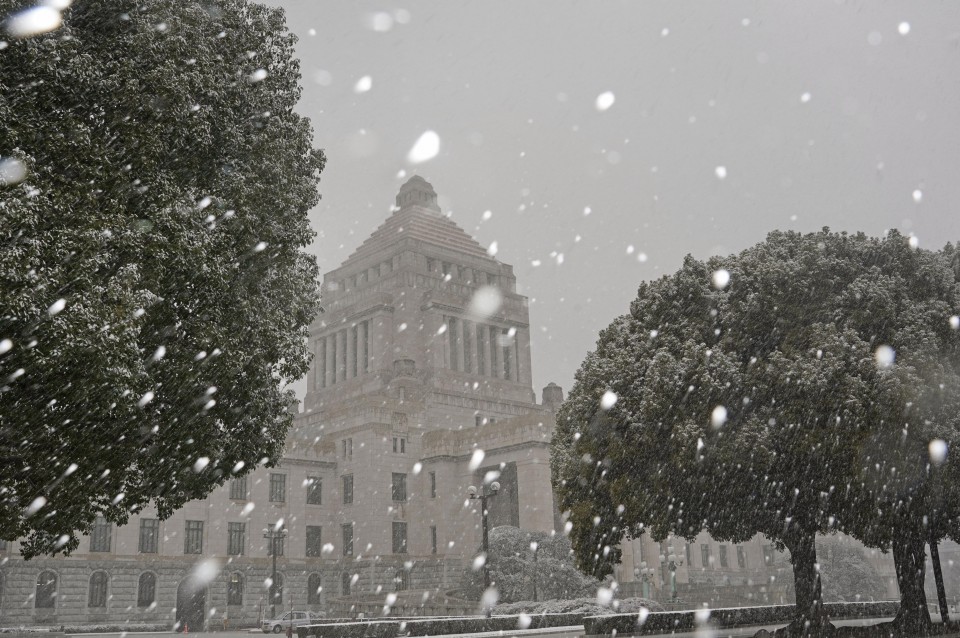 The snow also led to partial closures of the Metropolitan Expressway serving the greater Tokyo area, including the Rainbow Bridge that spans Tokyo Bay. Motorists were encouraged to use snow tires or chains when driving.

In the city of Mitaka, western Tokyo, an accident occurred involving about 10 cars on Thursday night, police said. There were no immediate reports of injury due to the accident.

The police are also investigating whether the heavy snow caused a truck to overturn on the Rainbow Bridge in the afternoon. 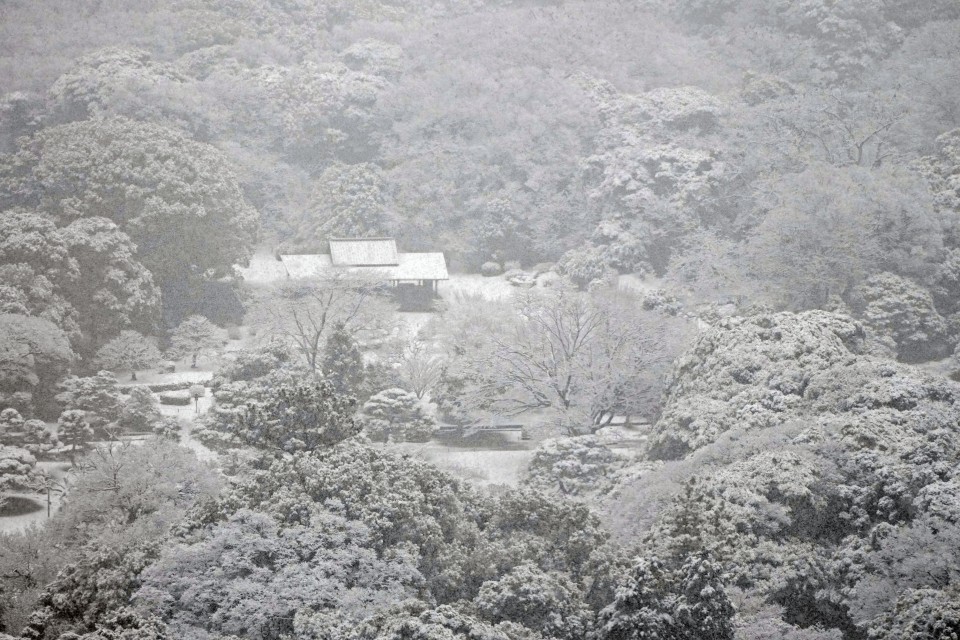