Japan's COVID-19 border restrictions appear to have prompted more than 300 people to decline offers for foreign language teacher and assistant positions in Japan, leading to a fall in the number of such instructors in the country, according to a Kyodo News survey.

The withdrawal from the Japan Exchange and Teaching Program comes as prospective language instructors from the United States and other countries remain in limbo over Japan's strict immigration policies since the beginning of the coronavirus pandemic, the survey shows.

The actual number of withdrawals could be even higher, given that some municipalities have yet to respond to the survey, which covers prefectural governments, major cities and international groups promoting educational exchanges. 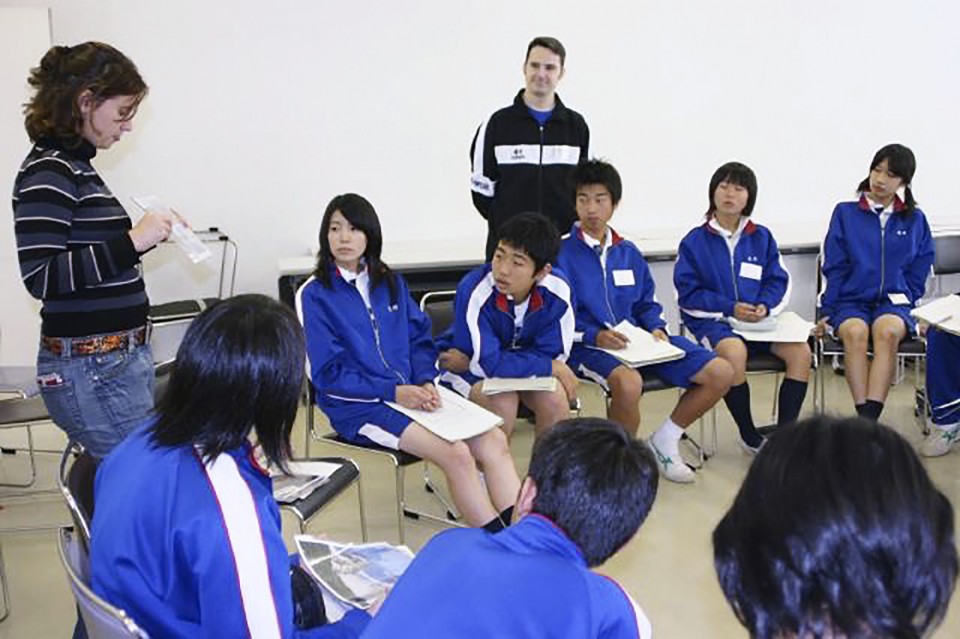 The JET program, launched in 1987, works with municipalities -- alongside the Ministry of Internal Affairs and Communications, and the Foreign Ministry -- to send those living abroad to teach at elementary, junior high and high schools across the country for a maximum of five years.

According to the internal affairs ministry, 5,761 candidates joined the program in fiscal 2019. But the ministry has not released data for the subsequent years due to an "inability to accurately state the number as the situation evolves," an official said.

However, the number of JET candidates in fiscal 2021 is believed to have fallen to around 4,000, including those who have been reappointed.

The emergence of the Omicron variant late last year has additionally led to participants expected to arrive between December and January to suspend their travel, with some being told not to come on the day they were supposed to leave.

JET candidate Anna Burbo, who had planned to arrive in Japan this month from Michigan, is one such candidate. The 25-year-old said the suspension has led many to suffer economic distress and be unable to find new employment due to uncertainties over when participants may be able to fly over.

About 600 people due to participate in the program have yet to enter Japan, raising concerns that further withdrawals from the initiative may lead to a reduction in opportunities for international exchange and education.

Bahia Simons-Lane, executive director at the U.S. Japan Exchange and Teaching Programme Alumni Association, said Japan should be more flexible in its border restrictions and make exceptions for some foreigners.