Japan is set to expand a COVID-19 quasi-state of emergency to 34 of the nation's 47 prefectures as Prime Minister Fumio Kishida said Monday he plans to add 18 more areas to cope with a recent Omicron strain-driven spike in coronavirus cases.

The measure, which will impose restrictions such as shorter opening hours for restaurants and bars, will be effective from Thursday to Feb. 20. The government will make a final decision after consulting with an advisory panel of experts on Tuesday, Kishida told reporters. 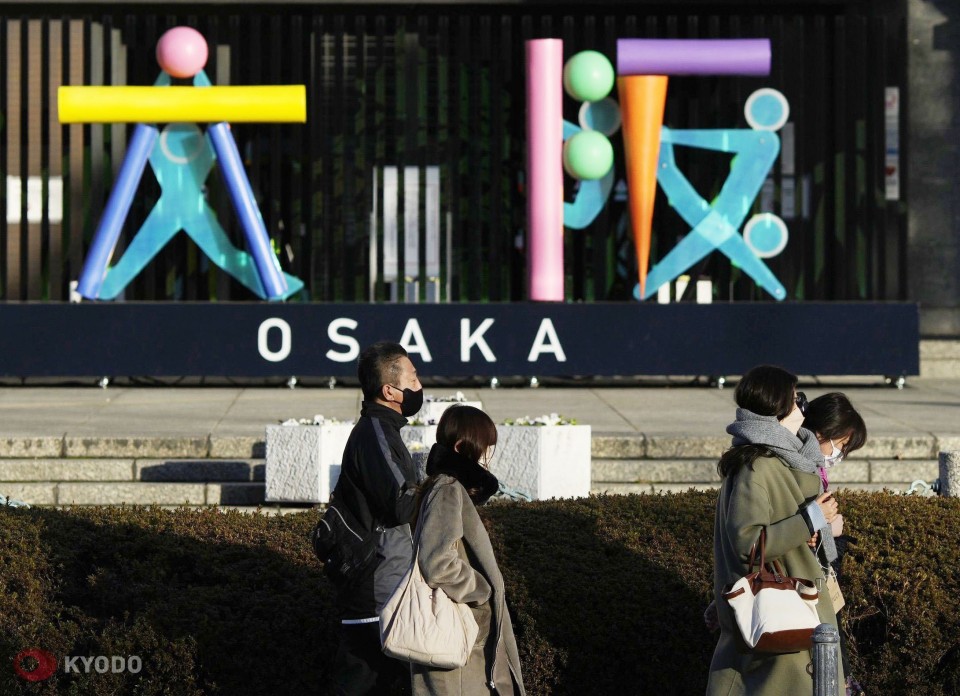 When declared, over two-thirds of the country's 47 prefectures will be under a quasi-emergency. The existing curbs for Okinawa, Yamaguchi and Hiroshima -- the first group that sought the measure in early January -- will see it extended beyond Jan.31 until Feb. 20, as vigilance is still warranted, according to Kishida.

The envisaged addition and extension come as Japan continues to battle surging COVID-19 cases due to the highly virulent Omicron strain. 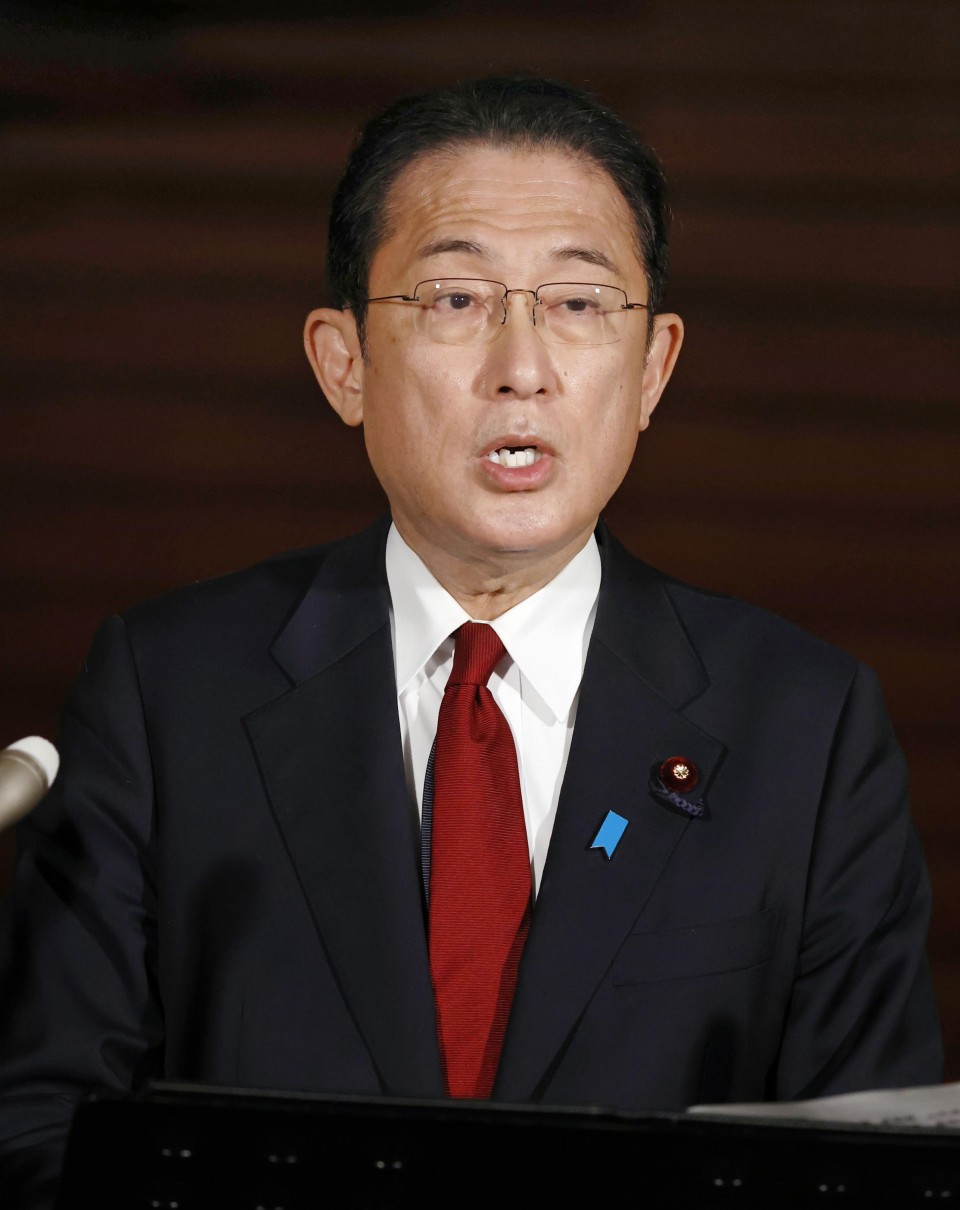 Prime Minister Fumio Kishida speaks to reporters at the premier's office in Tokyo on Jan. 24, 2022. (Kyodo)

The daily count of coronavirus cases stood at more than 44,000, with 8,503 confirmed in Tokyo and 4,803 in Osaka. Some of the 18 to-be-added prefectures reported record-high numbers.

"The pace of increase in COVID-19 cases has been slowing clearly in some areas already under the measure," Kishida told reporters at his office, touching on the effectiveness of the quasi-emergency measure.

"I want to ask for your understanding and cooperation as we need to limit the number of people (who gather) in high-risk situations and curb the movement of people depending on the area," he said.

Tokyo and its nearby areas have already been under a quasi-emergency. The 18 prefectures that will newly join the list include the northernmost main island of Hokkaido as well as Osaka, Kyoto and Hyogo in western Japan, along with Fukuoka in the southwest.

The resurgence of the virus has caused a shortage of test kits in some areas. Kishida said the government is asking test kit manufacturers to boost supply to 800,000 units a day.

The rapid spread of Omicron has alarmed local authorities who worry that a further rise in patients will stretch the health care system. A growing number of infections and close contacts who need to take days off is feared to cause a shortage of essential workers.

Kishida acknowledged the tendency among people with the Omicron variant to develop mild symptoms. He stressed the importance of taking anti-virus measures while keeping the economy going "as much as possible."

Prefectural governors can decide whether to ask restaurants and bars to stop or limit alcohol serving when a quasi-emergency is in place. Health experts say the risk of infection grows in such occasions as drinking parties.

"If the situation worsens, we would need much stronger restrictions," Shigeru Omi, the government's top COVID-19 adviser, told a budget committee session in parliament.

A quasi-emergency is more limited in terms of restriction and coverage with a lower fine for non-compliance than a state of emergency.

In the southern prefecture of Okinawa, Gov. Denny Tamaki said infection numbers have apparently hit a peak but the situation has not been improving.

"Patients with moderate to severe symptoms have been rapidly increasing, especially among those aged 70 and over, leading to a shortage of hospital beds," Tamaki told a press conference before asking the central government for an extension of the quasi-emergency measure.

"If the measure is lifted now and infections spread again among young people, the local medical system will be unable to withstand" such a strain, he said. 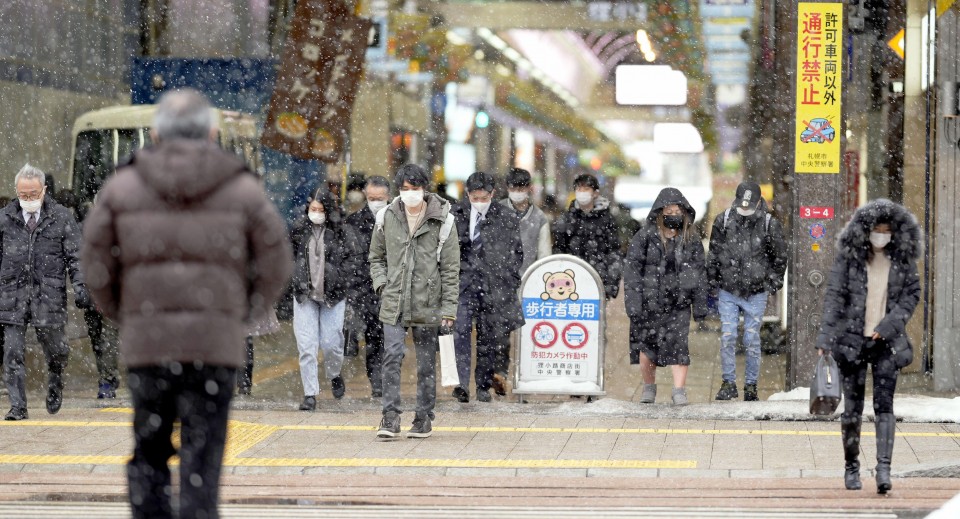