Tokyo's daily coronavirus cases climbed to 1,224, growing 15-fold in one week, the metropolitan government said Saturday, while some other regions reported record daily numbers, in yet another sign that the country is entering a sixth wave of the pandemic with the Omicron variant continuing to spread.

The capital's daily count increased from the previous day's 922 cases and just 79 a week ago, reflecting its quickly evolving pandemic situation after the community spread of the Omicron strain was first confirmed in the metropolis about two weeks ago. Tokyo's daily numbers last exceeded 1,000 in September last year.

The nationwide cases for the day totaled 8,480, according to a Kyodo News tally, also the highest since last September. 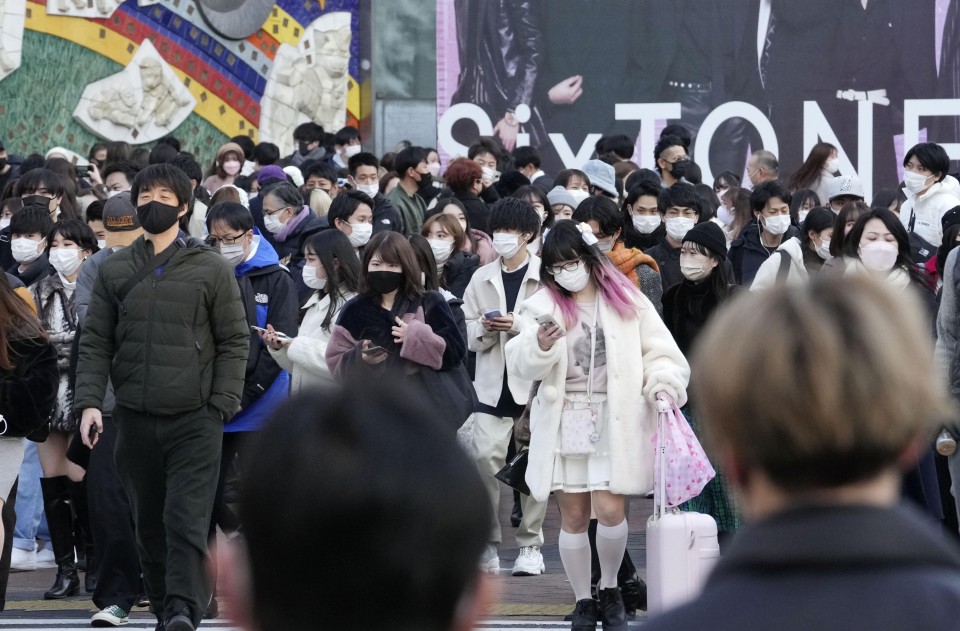 People wearing masks for protection against the coronavirus walk in Tokyo's Shibuya area on Jan. 8, 2022. (Kyodo)

The southern island prefecture of Okinawa reported a record number of daily cases for the third day in a row, confirming 1,759 cases, while the western prefecture of Hiroshima saw 547 cases Saturday, renewing its daily record set the previous day.

Okinawa as well as parts of Hiroshima and the neighboring prefecture of Yamaguchi will be put under a quasi-state of emergency from Sunday with dining establishments requested to cut business hours and stop serving alcohol. 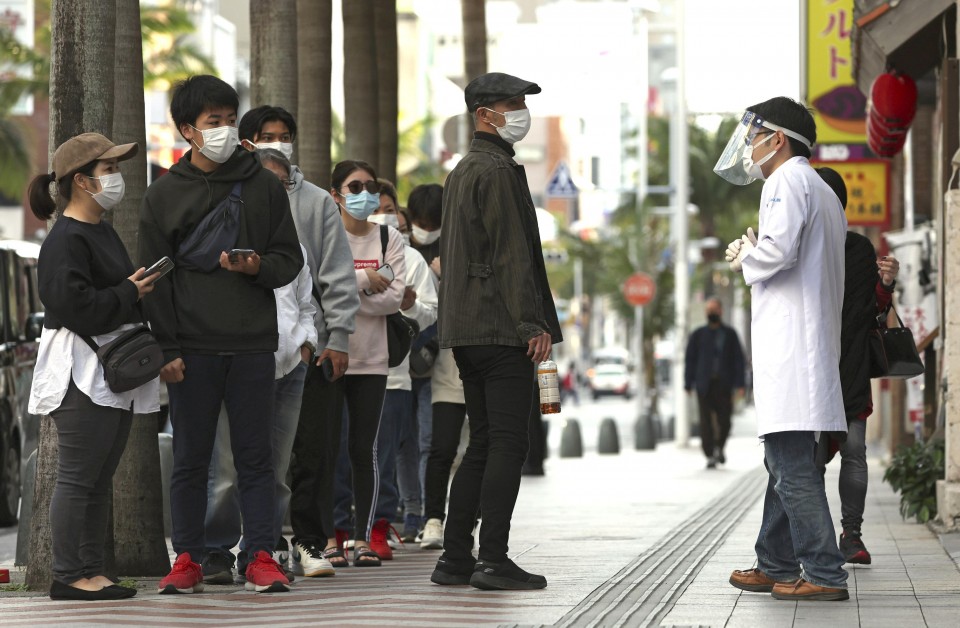 A medical staff (R) responds to people who came to a COVID-19 testing facility in the Okinawa Prefecture capital of Naha, southern Japan, on Jan. 8, 2022. (Kyodo) ==Kyodo

Governors of the three prefectures suspect that the spread of COVID-19 infections at U.S. bases in Okinawa and Yamaguchi contributed to the spikes in the local infections.

U.S. forces personnel coming to Japan were previously exempt from being tested for coronavirus. But a cluster of infections at one of the bases in Okinawa in December prompted the Japanese government to request stronger antivirus measures by the U.S. military and a curfew on bases in the country.

U.S. forces in Okinawa said it had confirmed a record 302 daily coronavirus cases among their personnel on Saturday, bringing the cumulative count to 4,583.