Japanese midfielder Masaya Okugawa scored for the fourth straight match Sunday as Arminia Bielefeld equalized minutes before the final whistle in a 2-2 draw against SpVgg Greuther Furth at home.

Arminia struck first in the eighth minute when Okugawa danced his way past two Furth defenders and shot into the bottom left corner from outside the box for his seventh German Bundesliga goal of the season. 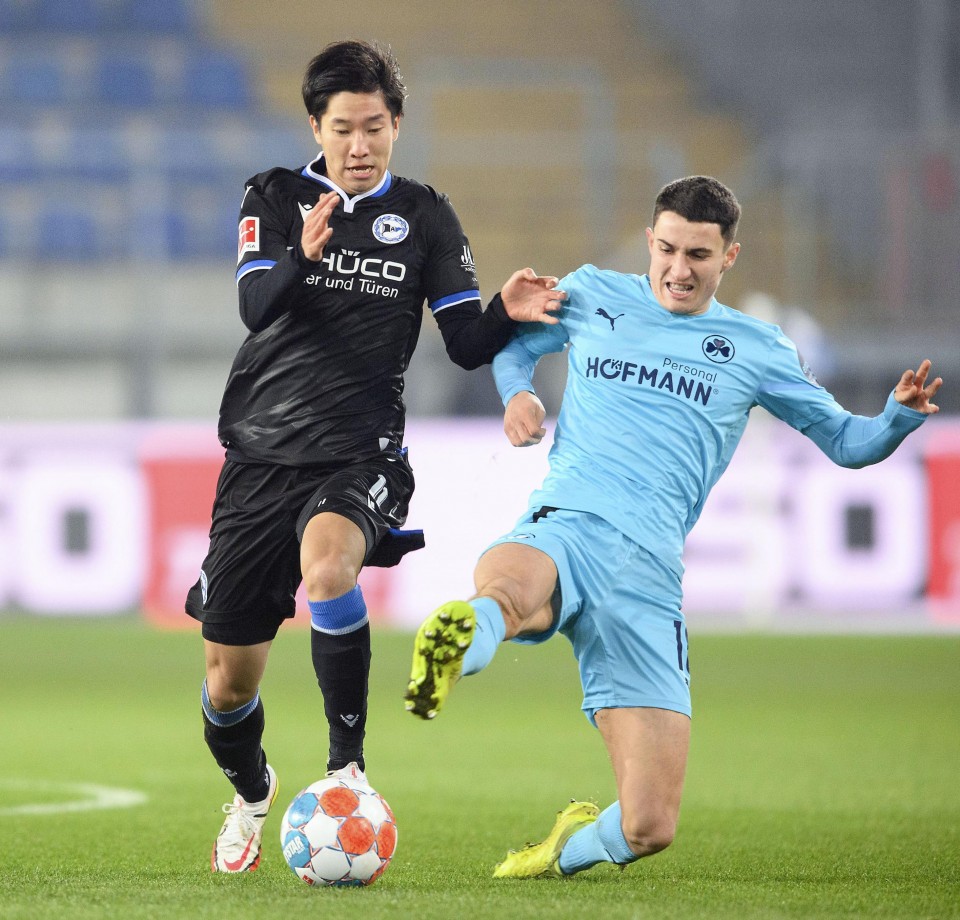 "It makes me happy to continue my goalscoring streak. It motivates me to know that I'm helping my team by scoring," Okugawa said.

Furth went up 2-1 on substitute Havard Nielsen's header in the 67th minute, but Gonzalo Castro brought Bielefeld back level in the 83rd minute in the contest between two clubs fighting for survival. The draw lifted Bielefeld out of the bottom two on goal difference.

In other Bundesliga action, Daichi Kamada gave visiting Eintracht Frankfurt an early lead over Augsburg but his goal was canceled out by Michael Gregoritsch in a match that ended 1-1. The result leaves Frankfurt eighth in the table, while Augsburg climbed out of the bottom three.

In the English Premier League, Takumi Minamino came off the bench in the 74th minute and scored a goal three minutes later, sealing a comfortable 3-0 win for Liverpool over Brentford on the Japanese player's 27th birthday. It was his second goal in seven league appearances this season.

In the Belgian Jupiler Pro League, Junya Ito scored a goal and played a role in two others to help Genk move into the top eight after a 4-1 win over Beerschot.

In the Dutch Eredivisie, Yukinari Sugawara scored his first goal of the season to double the visitors' lead as AZ Alkmaar started 2022 with a 2-1 victory over Fortuna Sittard. AZ are fifth while Fortuna stays 17th after the result.

In France's Ligue 1, Strasbourg goalkeeper Eiji Kawashima, who tested positive for coronavirus and was placed in isolation, sat out the match against Montpellier.