The Tokyo Olympics pushed skateboarding further into the Japanese mainstream than ever before with skaters now a familiar sight in cities around the country, but that does not mean the shift has been widely welcomed.

The number of skateboarding accidents has increased with the sport's rising popularity, and fears around damage to public and private property, noise and antisocial behavior are often cited by those opposing skateboarding in public spaces. 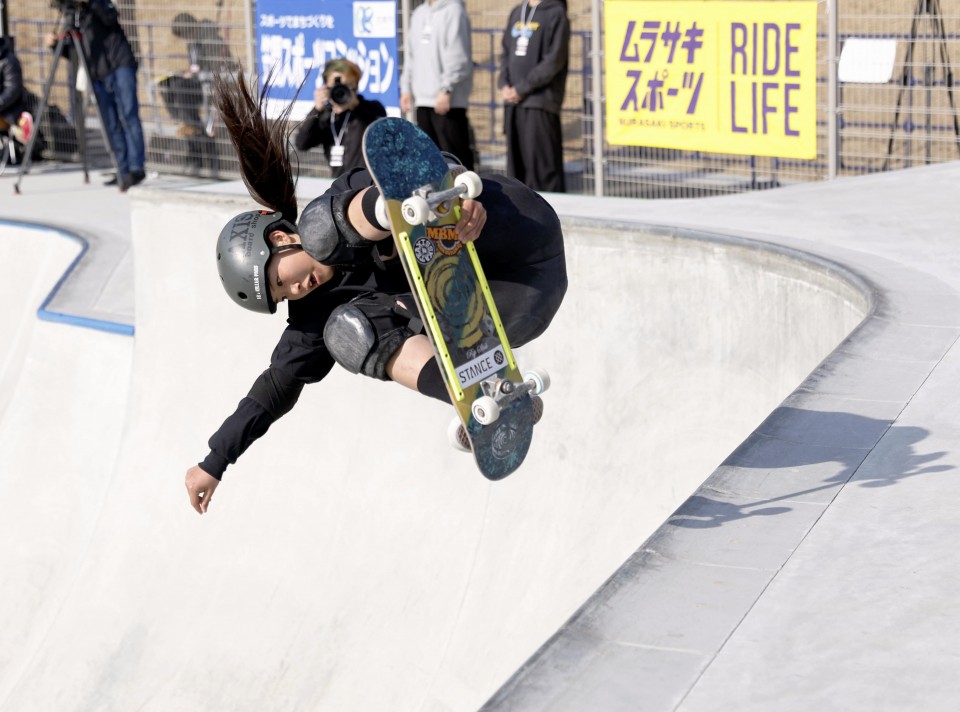 Hinano Kusaki is pictured in December 2021 during the national skateboarding championships held in the Ibaraki Prefecture city of Kasama, eastern Japan. (Kyodo)

Oftentimes, skateboarders are perceived as a general nuisance. However, in recent years, the narrative around skateboarding has been changing.

Advocates see Japan's Olympic medal success and a fresh boom in the sport as a chance to both attract new skaters and to bring increased acceptance. Veterans are doing their part to help shake off the skaters' bad boy image.

Akama is one of many young hopefuls inspired by last summer's Tokyo Olympics, where skateboarding made its Olympic debut and Japan won three gold medals. She said the games motivated her to work harder.

A free, two-day event for beginners hosted alongside the championships was a great success, with almost all of the 90 entry slots filled by new skaters of all ages.

Since the 1970s, skateboarding has gone through several boom-and-bust cycles in Japan, with would-be stars emerging from public and private skate parks.

Akama honed her skills and tricks at a large indoor park built in Murakami, Niigata Prefecture, in 2019, and Kusaki found her feet at a dedicated facility in Tsukuba, Ibaraki Prefecture.

But skate parks are not as easy to find in Japan as soccer pitches or baseball diamonds, while skateboarding is prohibited in most public spaces.

With the popularity of skateboarding fueling a rush to build new skate parks, inspection teams from about 30 municipalities looking to promote more vibrant communities while improving local parks visited the national championships.

Skate parks are recreational areas for the use of skateboarding, rollerblading, BMX riding, scootering or anything else that rolls, and include structures like ramps, rails, bowls, half- and quarter-pipes, and stairs. But Hayakawa says there are not enough of them. 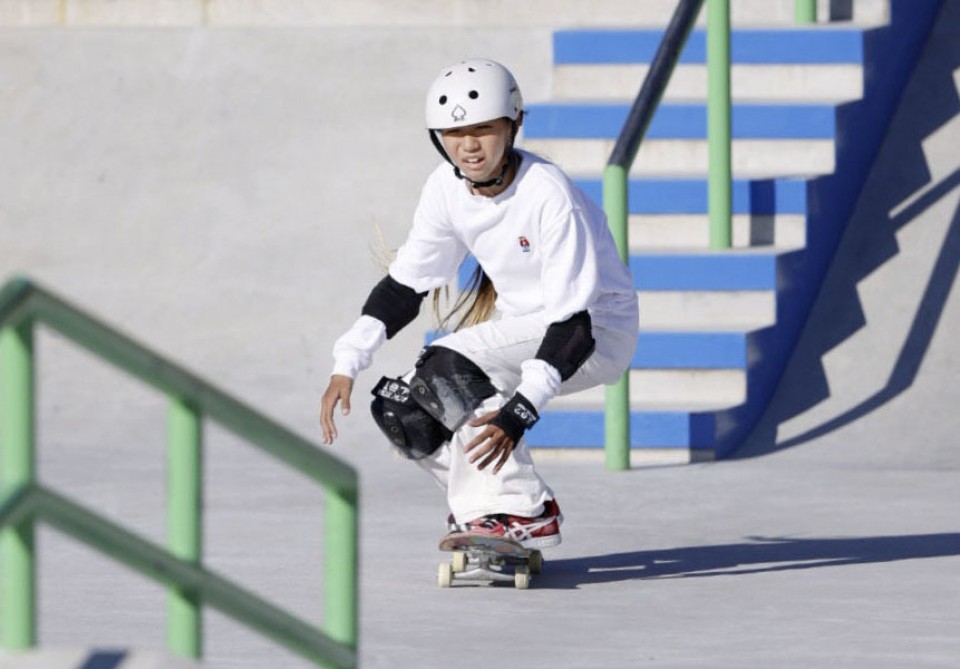 Liz Akama is pictured in December 2021 during the national skateboarding championships held in the Ibaraki Prefecture city of Kasama, eastern Japan. (Kyodo)

Without access to such parks, skaters go in search of other locations like car parks, building forecourts and other spaces where they can have negative and sometimes dangerous contact with pedestrians or vehicles.

The Consumer Affairs Agency, which collects reports on skateboard-related injuries from affiliated medical institutions, has been urging people to use protective gear and keep safety in mind when choosing where to skate.

Murasaki Park Kasama, the outdoor venue that hosted the nationals, opened in April 2021 in Ibaraki, a coastal prefecture located just northeast of Tokyo.

The park has a resident discount rate and provides a shared space to connect with others, but it also has strict supervision that enforces rules and etiquette, such as compulsory helmet wearing and other courtesies.

"I want to change the Showa Era (1926-1989) stigma of skaters being bad kids," said Teruo Kagari, who runs the park and makes sure the rules are followed.

"It is now a legitimate Olympic sport. I want skateboarding to be understood by all generations."