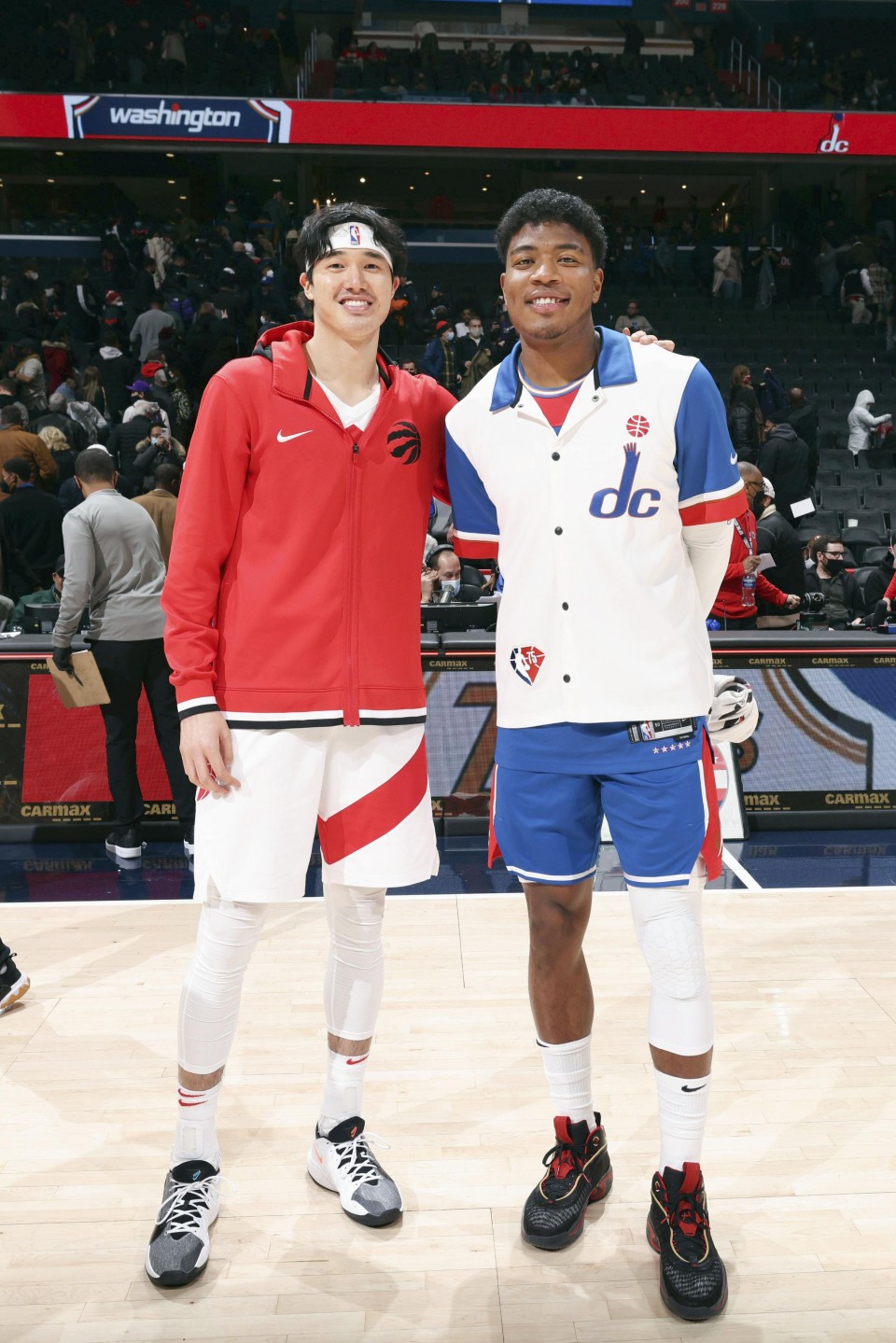 Yuta Watanabe (L) of the Toronto Raptors and Rui Hachimura of the Washington Wizards pose for a photo after a game on Jan. 21, 2022, in Washington. (Copyright 2022 NBAE)(NBAE/Getty/Kyodo)

Hachimura's 19 minutes, 50 seconds on court were his most this season after personal issues and COVID-19 regulations kept him out until Jan. 9, while Watanabe had two rebounds but no points in less than six minutes of playing time.

The pair had faced each other twice before in the NBA, the last time in February 2020.

Hachimura, who entered the game off the bench at the same time as Watanabe during the first quarter, wasn't overly happy with his performance but relished going head-to-head against his countryman.

"There were areas I could have done a bit more both in offense and defense," he said. "It's an honor as a Japanese for us two to be here competing on the same stage."

Watanabe remained on the bench for the Raptors' last two games on Monday and Wednesday before taking the court at Capital One Arena. He immediately blocked Hachimura with a good defensive play but his playing time remains limited after COVID-19-related rules had put him out of action earlier in the month.

"I was able to make some stops in that short time I had. But I didn't have much time with the ball," he said. "It's my own responsibility that I'm not getting playing time. I need to earn it back, starting from scratch."

The Raptors improved to 22-21. They are eighth in the Eastern Conference, a place above Wizards (23-23). 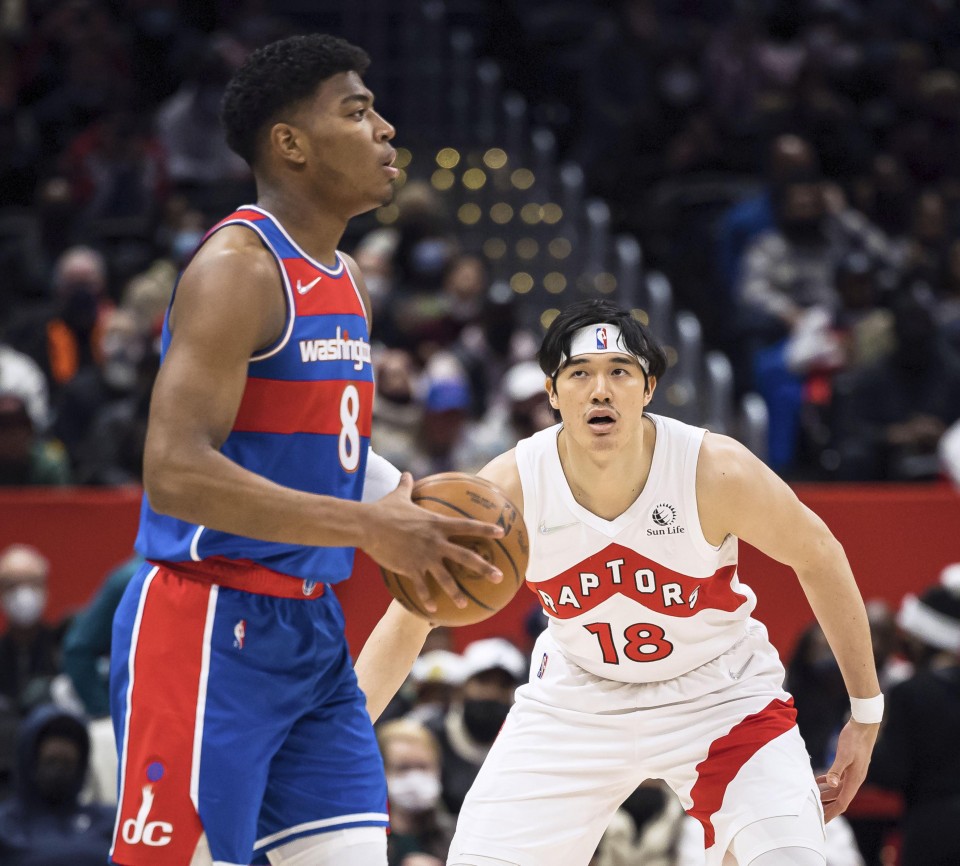 Rui Hachimura (8) of the Washington Wizards handles the ball as Yuta Watanabe (18) of the Toronto Raptors defends during a game on Jan. 21, 2022 in Washington. (Getty/Kyodo)