Japan confirmed a total of 2,638 new coronavirus cases on Wednesday, surpassing the 2,000 mark for the first time in over three months and sparking concerns about what may be a sixth wave of COVID-19 infections in the country amid the spread of the highly transmissible Omicron variant.

Of the tally, Okinawa accounted for 623 new infections, with Gov. Denny Tamaki set to request that the central government declare a quasi-state of emergency in the southern island prefecture from Sunday to the end of the month.

In Tokyo, the metropolitan government reported 390 more COVID-19 cases Wednesday, up from 151 the previous day and hitting the highest level in three months. 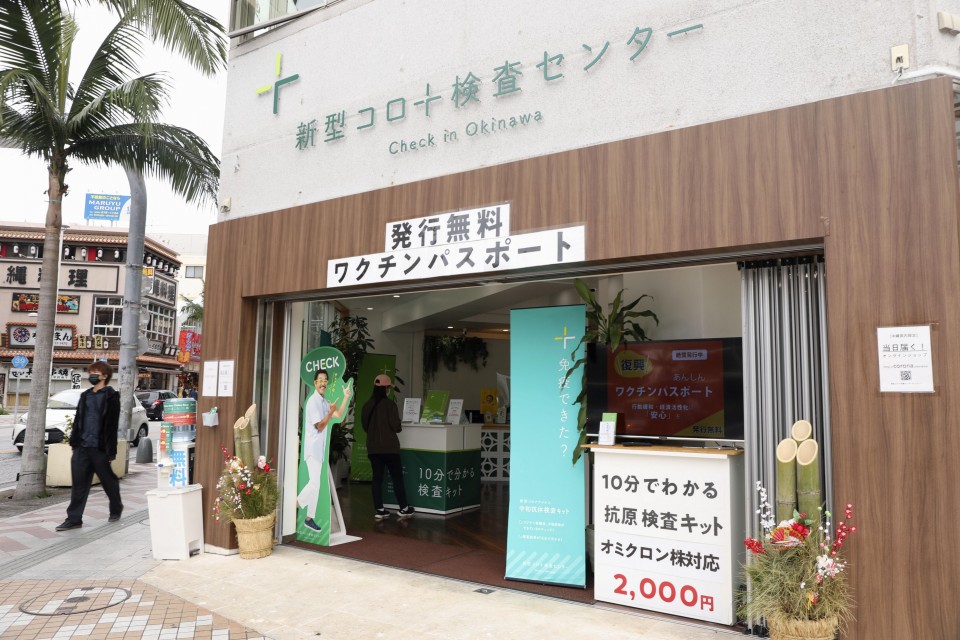 All U.S. forces' personnel to take virus test after arrival in Japan

The Omicron variant accounted for 17 of the cases, with all those infected asymptomatic or exhibiting only mild symptoms.

The heavily mutated variant has been confirmed in at least 37 of Japan's 47 prefectures.

The Okinawa government plans to file the request for a fresh quasi-state of emergency on Thursday.

Following consultations with Cabinet ministers and public health experts, Prime Minister Fumio Kishida is expected to decide Friday on the planned enforcement of emergency measures, according to government sources.

Natsuo Yamaguchi, leader of Komeito, the junior coalition partner of Kishida's Liberal Democratic Party, told reporters that if the central government decides to impose quasi-emergency measures in Okinawa, it should also consider doing the same in other areas like Tokyo and Osaka where infections are also rapidly increasing.

The daily tally for Osaka Prefecture totaled 244, making it the first time that it has exceeded 200 since Oct. 6.

The central government is also considering declaring a quasi-state of emergency in the western Japan prefectures of Hiroshima and Yamaguchi for the same period as stipulated in Okinawa's planned declaration.

While acknowledging that the infection situation in Okinawa already warrants a full state of emergency, Tamaki expressed caution about the potential impact on the local economy of such a decision.

The Okinawa government will make a final decision at a taskforce meeting Thursday on what measures will be implemented as the prefecture's daily figure exceeded 600 for the first time since Aug. 28.

Infections have been rising since a cluster of cases at one of the U.S. military bases in Okinawa last month.

The Okinawa government believes the resurgence of the virus in the prefecture is due to the Omicron variant of the novel coronavirus spreading from U.S. military facilities.

Okinawa's cumulative Omicron cases stood at 135 as of Tuesday.