Sekiwake Mitakeumi suffered his first loss of the New Year Grand Sumo Tournament against No. 4 maegashira Hokutofuji on Tuesday, allowing yokozuna Terunofuji to regain a share of the lead.

Mitakeumi and Terunofuji are tied atop the leaderboard at 9-1 after sumo's lone grand champion took care of business against No. 5 Onosho in the closing bout of Day 10 at Ryogoku Kokugikan.

Chasing his third top-division championship, and first since September 2019, sole overnight leader Mitakeumi could not assert himself against former komusubi Hokutofuji, a troublesome opponent who had won 10 of their 22 previous battles. 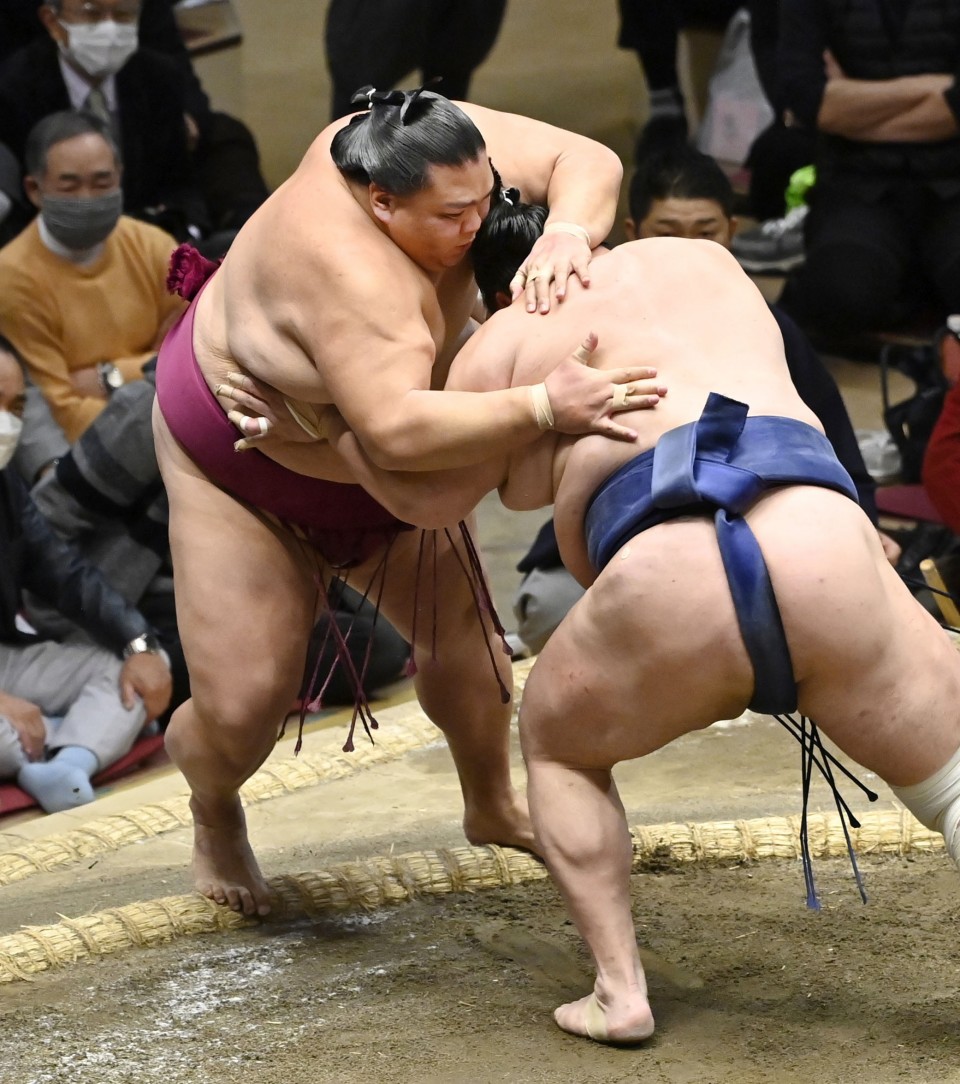 Hokutofuji (4-6) was on top from the opening clash, knocking Mitakeumi back and preventing him setting his feet en route to the push-out victory.

Winner of six grand tournaments, including the past two, Terunofuji conserved energy with a comfortable win by force out.

Unable to make a dent with his thrusting attack, Onosho (6-4) ill-advisedly attempted to pull Terunofuji, handing the powerfully built yokozuna the opening to gain a grip and quickly hoist the maegashira over the edge. 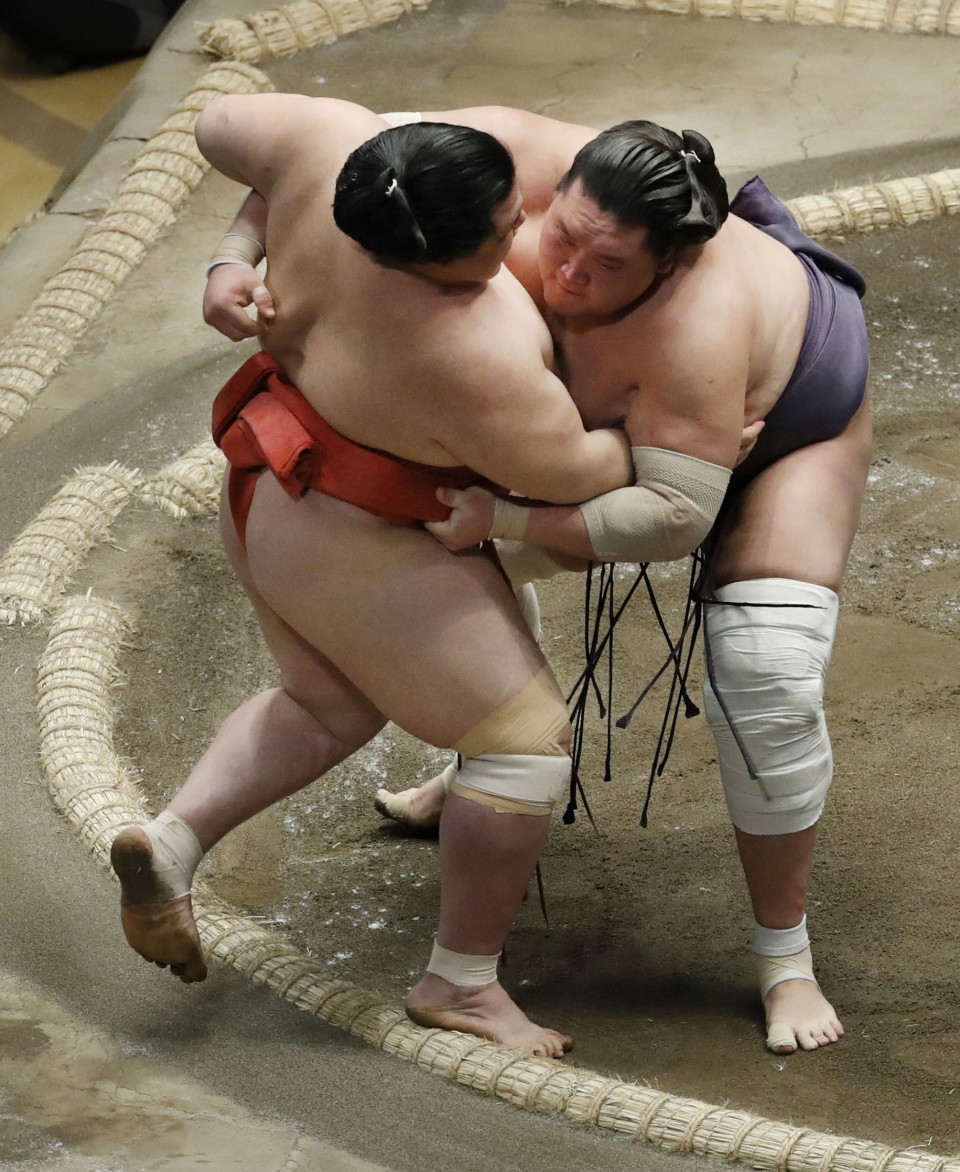 Struggling ozeki Shodai (4-6) continued to look out of sorts at the 15-day tournament, losing to sekiwake Takanosho (6-4) by force out.

The ozeki opened with a lackluster charge and had no response as Takanosho wrapped him up and bundled him out for a second straight defeat.

"Of course he is the ozeki, but maybe he isn't going as well (as usual)," Takanosho said. "But I was still happy to beat him."

No. 6 Abi and No. 7 Takarafuji both chalked up victories and are one win off the pace at 8-2.

Former komusubi Abi pushed out No. 4 Okinoumi (2-8) to secure his second straight winning record, having gone 12-3 and challenged for the title in his top-division return in November.

The 27-year-old, who served a three-tournament ban for breaking the Japan Sumo Association's coronavirus safety rules in July 2020, said he was feeling strong after dealing with back problems.

Komusubi Meisei fell to 4-6 after being pushed out by No. 3 Endo (3-7). He faces an uphill battle to secure enough wins to stay among the three elite "sanyaku" ranks below yokozuna.

The former sekiwake and winner of last January's New Year tourney drove Ura close to the edge before the maegashira seized the momentum.