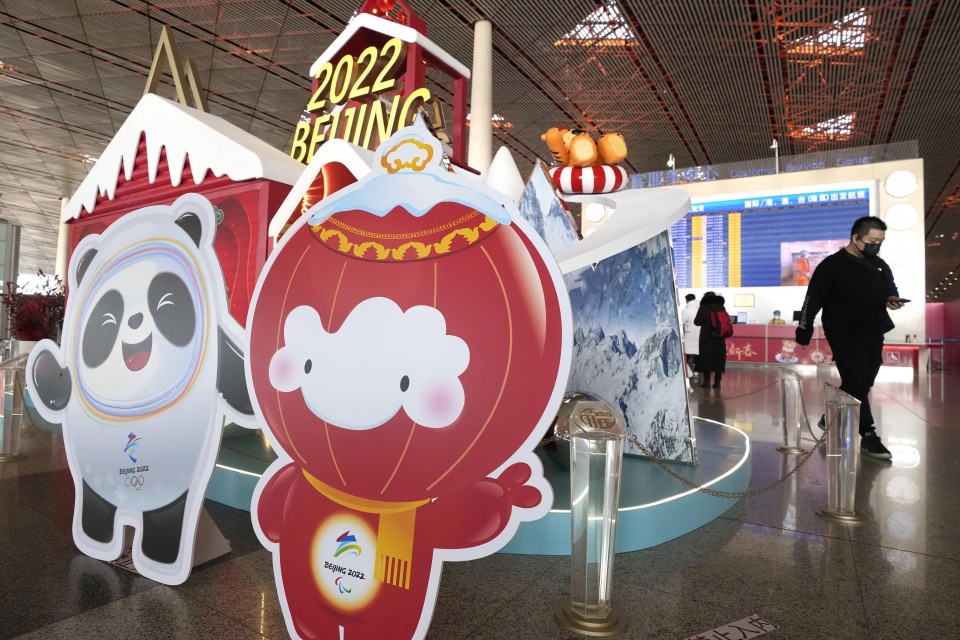 TOKYO - Japan's confirmed daily coronavirus cases on Tuesday topped 30,000 for the first time, surpassing the previous record of 25,992 registered in August last year, according to a Kyodo News tally.

The western prefecture of Osaka the same day reported 5,396 new COVID-19 cases, far outstripping its all-time daily high of 3,760 over the weekend.

TOKYO - China has told Japan that it is considering holding a face-to-face ceremony to mark the 50th anniversary in September of the normalization of relations between the two nations, a source familiar with bilateral ties said Tuesday.

The move indicated China, which has been at odds with the United States over security and human rights issues, is eager to stabilize relations with Japan, but the source told Kyodo News that whether an in-person event can be held will hinge on the situation with the novel coronavirus.

TOKYO - The Bank of Japan on Tuesday lifted its inflation forecasts for the next fiscal year, reflecting higher raw material costs and the effect of a weaker yen, but maintained its easy monetary policy as the 2 percent target is still far off and surging COVID-19 cases are raising uncertainty.

In an outlook report released after a two-day policy-setting meeting, the BOJ projected the core consumer price index, excluding volatile fresh food items, would rise 1.1 percent in fiscal 2022, up from its earlier estimate of a 0.9 percent gain.

SYDNEY - At least two people were killed in an undersea volcanic eruption off Tonga over the weekend that sent tsunami waves across the Pacific, the United Nations and the New Zealand government said Tuesday.

JAKARTA - Indonesia's House of Representatives on Tuesday adopted a bill that will see the government relocate the nation's capital from congested Jakarta on Java Island to Borneo, the world's third largest island.

The capital, to be named Nusantara meaning archipelago, will be moved possibly in 2024 to a location in East Kalimantan Province in eastern Borneo, over 1,200 kilometers away from Jakarta.

NAGOYA - Toyota Motor Corp. said Tuesday it expects global output for February to drop by around 150,000 units from its initial target to 700,000 due to an ongoing semiconductor crunch.

The world's No. 1 automaker will most likely fall behind its output target of 9 million vehicles for the year through March, but it did not provide a revised target in its press release.

TOKYO - The Japanese government on Tuesday retained its view that the domestic economy remains on a recovery track but warns of downside risks from a recent surge in infections with the Omicron variant of the coronavirus.

The Japanese economy "shows movements of picking up recently as the severe situation (of economic activities) due to the novel coronavirus is gradually easing," the Cabinet Office said in its monthly assessment report for January. In December the outlook was upgraded for the first time in 17 months.

Last year, the total value of China's trade with North Korea fell to $318 million, the lowest level since leader Kim Jong Un became the nation's supreme leader following the death of his father and predecessor, Kim Jong Il, in December 2011.