The remarks by Chinese Foreign Ministry spokesman Zhao Lijian came after CNN reported the administration of President Joe Biden is expected to announce later this week that no U.S. government officials will attend the Beijing Games slated for February.

While Zhao did not elaborate what kind of steps China would take, he told reporters in Beijing, "U.S. politicians continue to hype a diplomatic boycott of the Beijing Winter Olympics although they have been invited" to the global sporting event.

The United States should "refrain from politicizing sports" in order not to hurt its cooperation with China, Zhao said, adding if it "insists on going its own way," the Communist-led government will "definitely take resolute countermeasures." 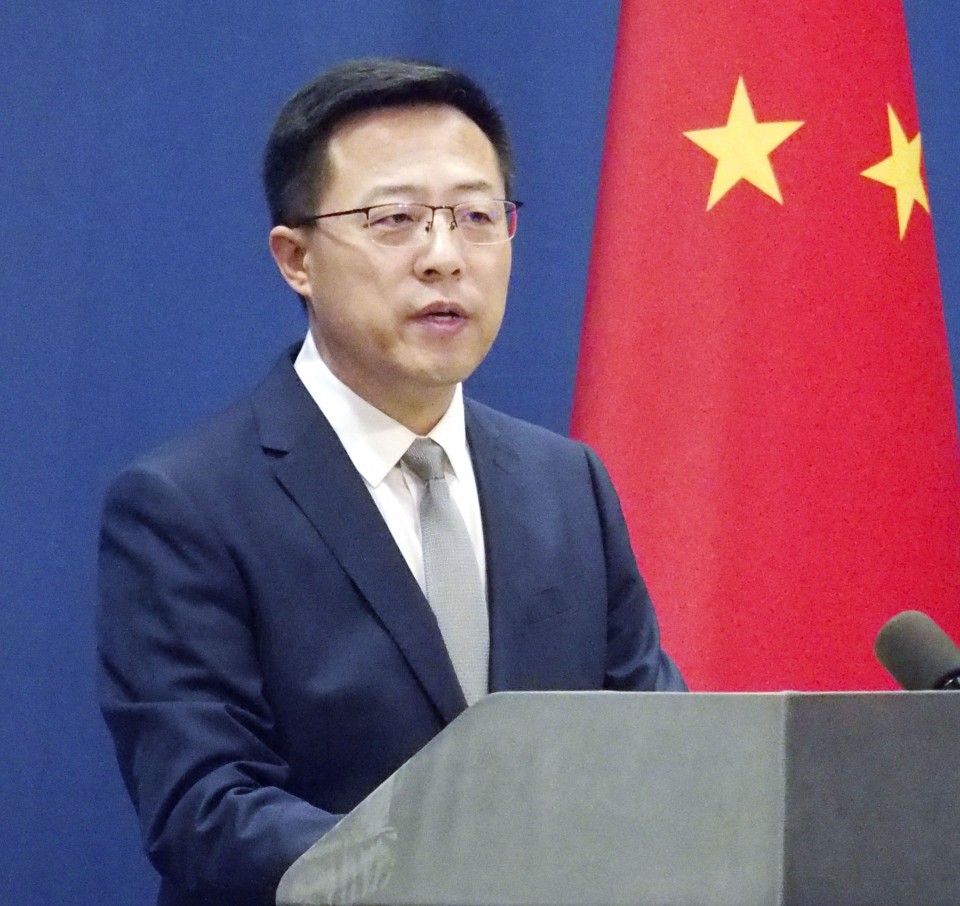 A diplomatic boycott, which would not affect the participation of U.S. athletes, is seen as a response to China's alleged human rights abuses against Uyghur Muslims in its far-western Xinjiang region that Washington has labeled as "genocide."

Should the United States call for a diplomatic boycott, other democratic countries including Australia, Britain and Canada are likely to follow suit, probably thwarting China's efforts to host the Beijing Olympics in a complete form, foreign affairs experts said.

As China has been already arranging to invite Russian President Vladimir Putin to the opening ceremony of the Beijing Olympics, a diplomatic boycott initiated by the United States could become a symbol of the division of the world such as the Cold War, they said.

Meanwhile, Japan, a close U.S. ally that has heavily relied on China in economic terms, would be compelled to seriously consider how to deal with the issue.

So far, Japanese government officials have said nothing has been decided on how to react in the event of a U.S. diplomatic boycott of the Beijing Olympics, but some ruling party lawmakers have asked Prime Minister Fumio Kishida to do likewise in that case.

The leadership of Chinese President Xi Jinping has been keen to use the Olympics as a way to enhance national prestige.

Beijing and Washington have also been at odds over the safety of Chinese female tennis star Peng Shuai, who last month claimed she had been forced by a former vice premier into having sex during a certain period of their extramarital relationship.

In the past, democratic nations boycotted the Moscow Olympics in the now-defunct Soviet Union in 1980 to protest its invasion of Afghanistan, while many socialist countries shunned the Los Angeles Games in 1984.