Japan's parliament on Monday enacted a record 36.0 trillion yen ($320 billion) supplementary budget for fiscal 2021, partially financing the government's latest economic package to get the coronavirus pandemic-hit economy back on a solid recovery path.

Lavish spending plans under the first extra budget for the current fiscal year through March highlight Prime Minister Fumio Kishida's stance of prioritizing economic revitalization while putting on the back burner for the time being the restoration of the nation's fiscal health, the worst among advanced economies.

Japan's Diet enacts a record 36.0 trillion yen supplementary budget for fiscal 2021 with its passage through the House of Councillors on Dec. 20, 2021. (Kyodo)

The government will be forced to issue new bonds worth 22.1 trillion yen to cover most of the supplementary budget, with the outstanding balance of government bonds, which need to be cleared by tax revenue, expected to top 1,000 trillion yen by March.

The draft extra budget passed the House of Representatives on Wednesday after being approved by Kishida's Cabinet late last month.

The budget allocates 31.6 trillion yen for the government's new stimulus plan, which was revealed in mid-November, with fiscal spending totaling a record 55.7 trillion yen. 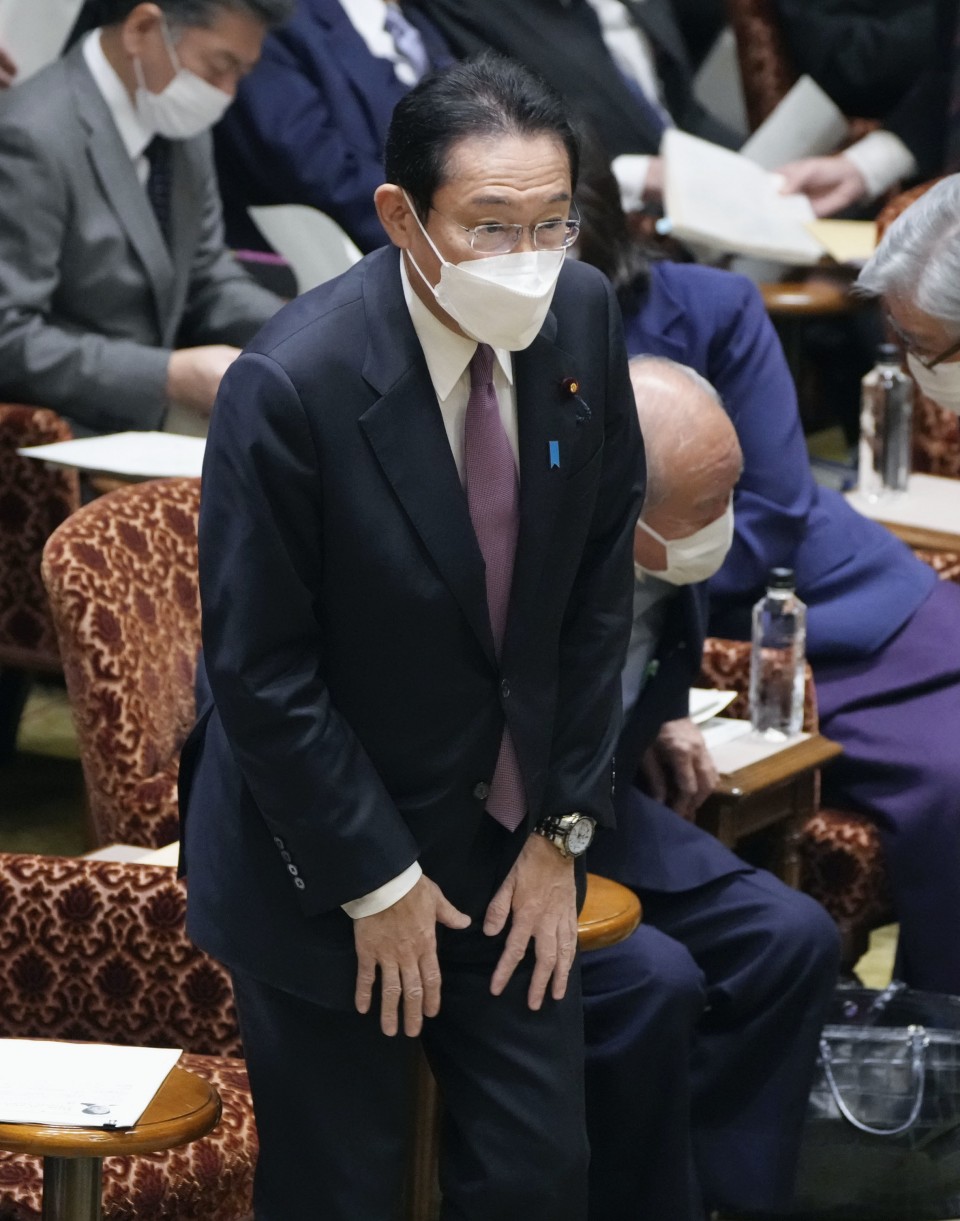 With the policy package, Kishida, who took office in early October, will also prepare for another wave of COVID-19 infections that could occur this winter amid fears over the spread of the Omicron virus variant.

Of the total, 18.6 trillion yen is earmarked for measures to curb the virus spread and support medical institutions including 2.0 trillion yen in subsidies to help them secure more beds for COVID-19 patients.

For further promotion of the government's COVID-19 vaccination program and procurement of treatment drugs, 1.3 trillion yen and 601.9 billion yen are set aside, respectively.

As a key policy measure in the stimulus package, 1.2 trillion yen will be used for the government's handout program of 100,000 yen in cash and vouchers for children aged 18 or younger in households where the primary earner's annual income is less than 9.6 million yen.

Kishida's government had originally planned that local governments would first give 50,000 yen in cash and the remainder in vouchers but later decided to allow them to deliver 100,000 yen entirely in cash, amid criticism that issuing vouchers would cost more and add to burdens on municipalities.

To prop up the pandemic-stricken domestic tourism sector, 268.5 billion yen is allocated to restart the government's "Go To Travel" subsidy program. The scheme was suspended nationwide in December last year following a spike in new virus cases.

Under the extra budget, 617 billion yen is set aside to help chip-making companies build semiconductor manufacturing bases in the country by funding up to half of the cost.

Taiwan Semiconductor Manufacturing Co. is expected to be the first to receive such assistance in building an advanced chip-making plant in Kumamoto Prefecture in southwestern Japan.

Other than the supplementary budget, the economic package will be financed by the initial budget for fiscal 2022 expected to be approved by the Cabinet on Friday, along with reserve funds for fiscal 2021 to fight the virus that the government can use without Diet approval.