The rocket carrying the first of two Inmarsat-6 satellites of Britain's Inmarsat Global Ltd. was launched at 12:32 a.m. following a one-day delay due to poor weather. 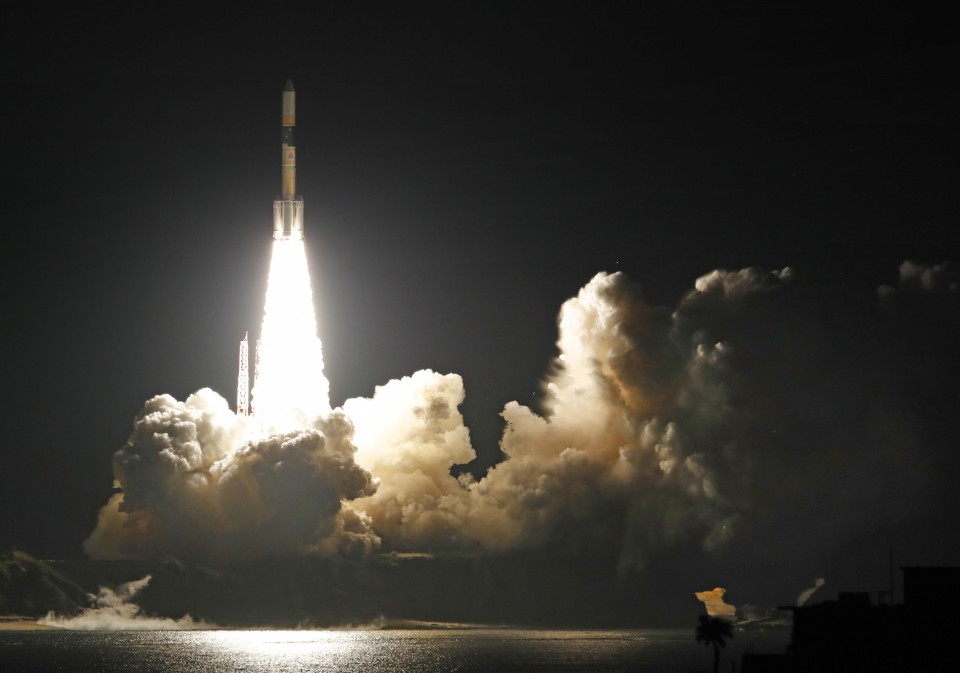 An H-2A rocket carrying a British communications satellite lifts off from Tanegashima Space Center in the southwestern Japan prefecture of Kagoshima on Dec. 23, 2021. (Kyodo)

Liftoff was also pushed back by about an hour as the Japanese manufacturer conducted a final check of the rocket, finding no abnormalities.

The H-2A rocket, measuring 53 meters in length and with a 4-meter diameter, lifted off with four solid-fuel boosters to carry the heavy satellite.

According to Mitsubishi Heavy, the latest flight is the fifth instance of an H-2A rocket carrying a satellite of a foreign country, with others having been from Canada, South Korea and the United Arab Emirates.

The Inmarsat-6 series are the world's largest commercial communications satellites, according to Inmarsat.