In the 75th and final edition of the historic men's race, Githae crossed in 2 hours, 7 minutes, 51 seconds at Heiwadai Athletic Stadium, followed by Hosoya in 2:08:16. Kenya's James Rungaru was third, nine seconds behind. 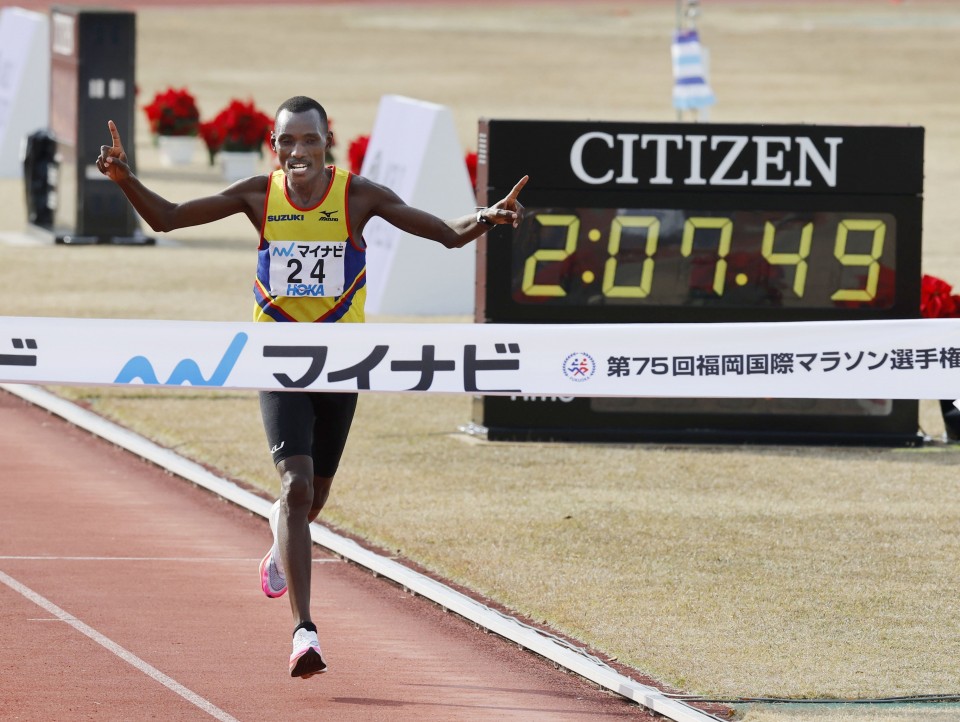 The 26-year-old Hosoya, who twice ran the mountainous fifth stage of Japan's iconic Tokyo-Hakone Ekiden during his university days, had another great race, having knocked more than 22 minutes off his debut time during February's Lake Biwa Marathon.

"I was able to confirm that I have real ability and am no fluke," he said.

After setting off at about the same pace as the fastest marathon run by a Japanese, the large leading pack started breaking up around the 25-kilometer mark.

Githae made his break about 9 km later and never looked back as Japan's hopefuls began showing signs of fatigue. At 36 km, Hosoya passed Takaku and ran the rest of the way alone in second place.

The marathon held in southwestern Japan's largest city was first held in 1947 in nearby Kumamoto Prefecture before it moved to Fukuoka permanently in 1959 and is one of the longest continuously held footraces in the world.

The marathon, which served as a qualifying event for the Olympics and world championships until the introduction of Japan's Marathon Grand Championship in 2019, received a World Athletics heritage award in October 2020 as one of the world's six oldest races. 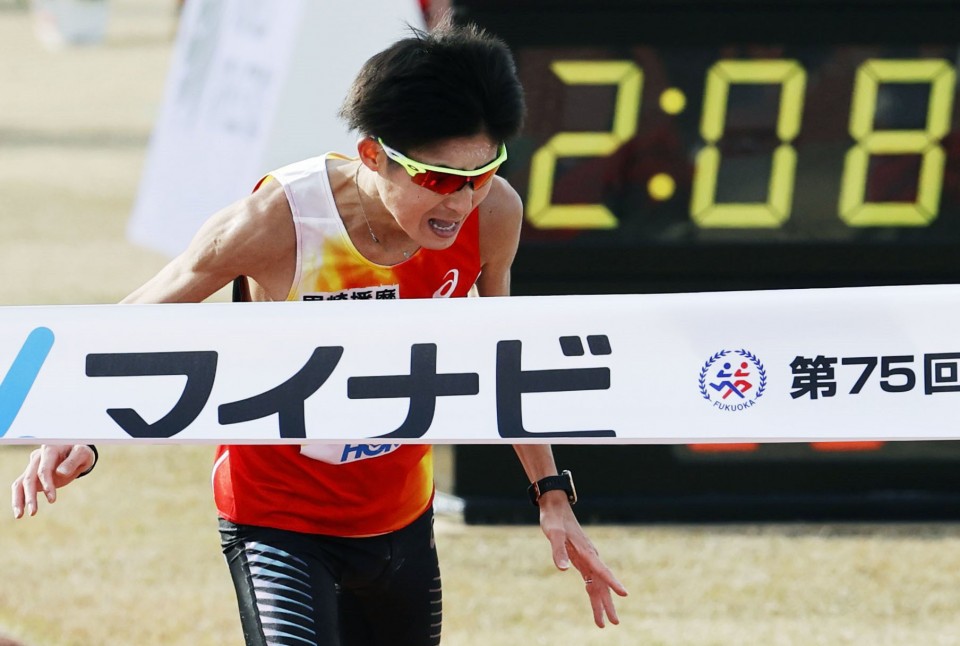