The University of Hong Kong removed a sculpture commemorating those killed in the 1989 Tiananmen Square crackdown from its campus in the early hours of Thursday, a symbolic move showing that the bloody event has become a taboo subject in the Chinese territory as in the rest of China.

The university council cited safety issues resulting from the Pillar of Shame statue's "fragile" state as well as potential legal risks facing the university under the city's crime ordinance, adding the sculpture would be put into storage.

The statue has stood on the university campus since 1999, after it was brought into Hong Kong just before the former British colony's return to Chinese rule in July 1997. 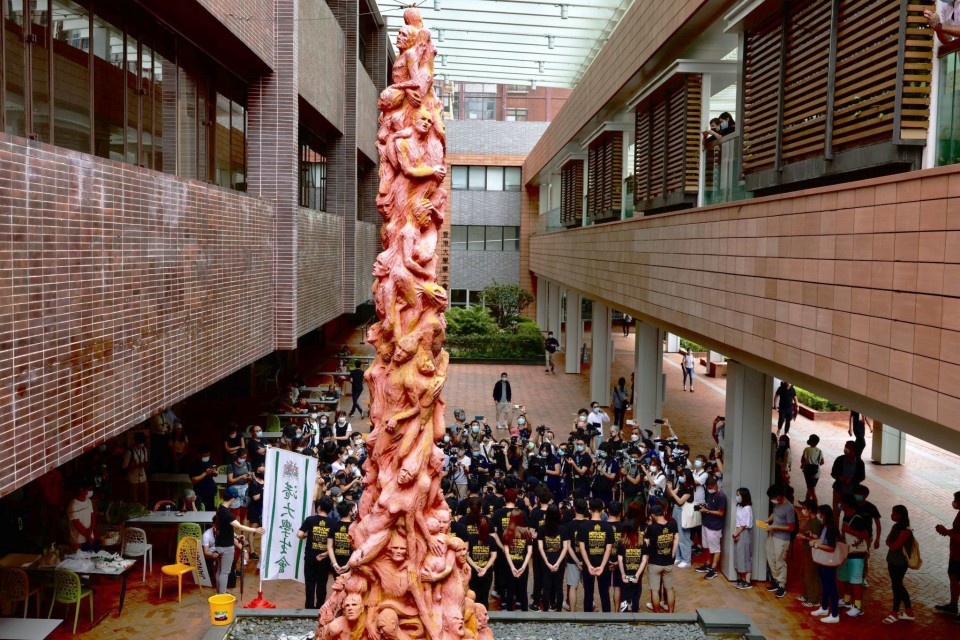 Students hold a memorial event in front of the "Pillar of Shame" sculpture at the University of Hong Kong in Hong Kong, China on June 4, 2021. (Kyodo)
The statue's treatment had become a point of contention after campus chiefs in October issued a formal removal request based on what they said was the "latest risk assessment and legal advice."

Created by Danish sculptor Jens Galschiot, the 8-meter-tall sculpture depicts a pile of corpses symbolizing those killed in the Tiananmen crackdown on student protesters. After a Beijing-imposed national security law went into force in June 2020, Galschiot offered to return the statue to Denmark but was unsuccessful. 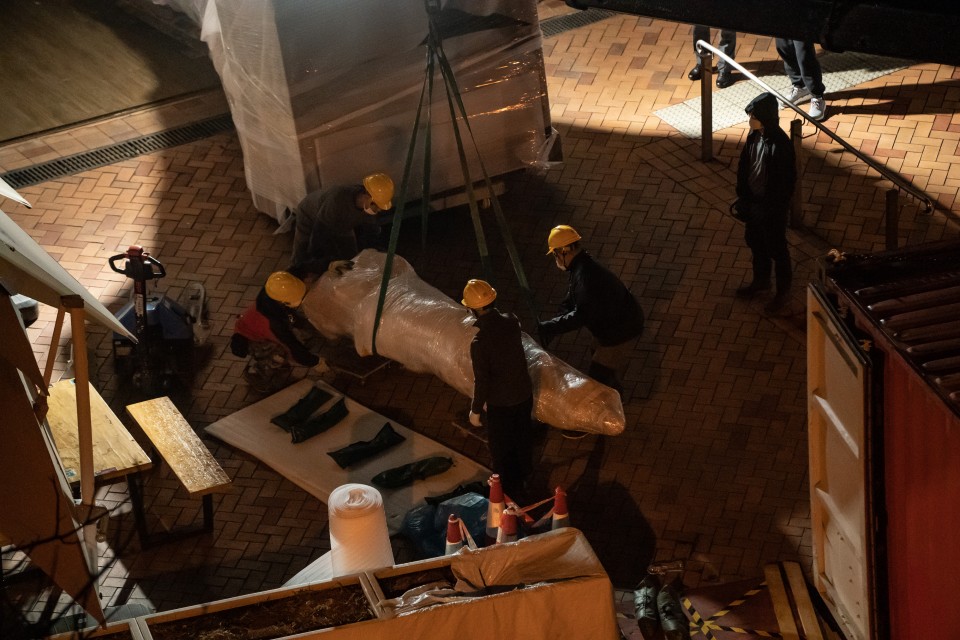 Workers remove part of a statue by Danish artist Jens Galschiot commemorating those killed in the 1989 Tiananmen Square crackdown from the University of Hong Kong's campus on Dec. 23, 2021 in Hong Kong, China. (Getty/Kyodo)

The tribute's removal comes amid Beijing's continued efforts to crack down on dissent and curtail freedoms in the city following the implementation of the law, which criminalizes acts of secession, subversion, terrorism and collusion with foreign forces.