Nguyen Duc, a Vietnamese man born as a conjoined twin, apparently due to the aftereffects of the defoliant Agent Orange used by the U.S. military in the Vietnam War, has received an award from the Japanese Foreign Ministry for promoting exchanges between Japan and Vietnam.

Duc was separated from his conjoined twin brother in an operation assisted by Japanese doctors in 1988 at age 7. Since then, he has visited Japan many times and given talks on the defoliant's damage to the environment and health of local people as well as the importance of peace. 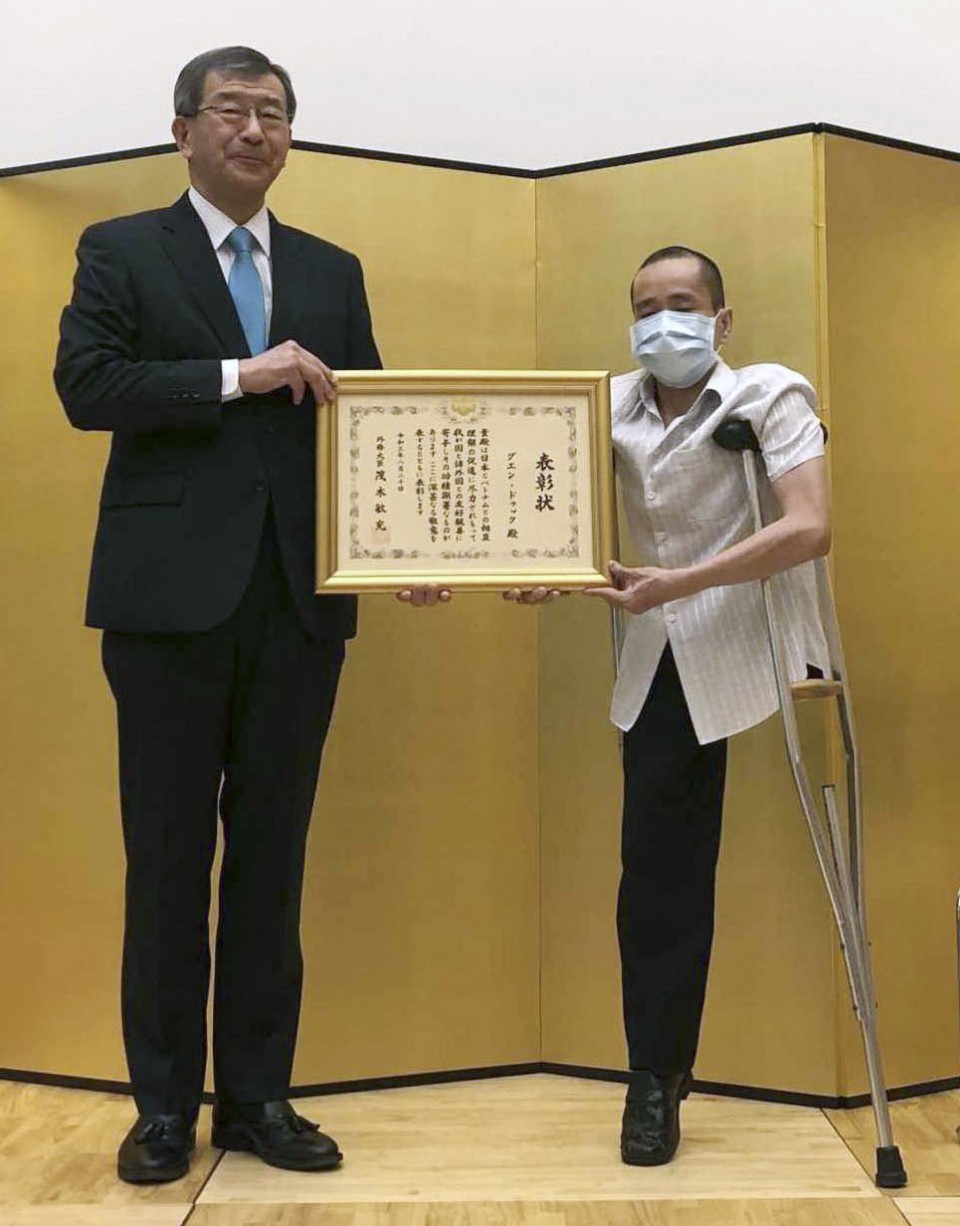 The 40-year-old attended a ceremony held at the Japanese consulate in Ho Chi Minh City on Thursday and received the Foreign Minister's Commendation.

"I would like to make efforts in continuing to serve as a bridge between Japan and Vietnam," Duc said at the ceremony.

He lives in Ho Chi Minh City and works at a local hospital.

His brother Viet died in 2007 at the age of 26 due to pneumonia and abdominal bleeding.