The International Press Institute has called on the Philippine government to lift its travel ban on journalist Maria Ressa to allow her to fly to Norway to receive this year's Nobel Peace Prize.

The institute, in a recent statement, rejected the Philippines' argument that Ressa is a "flight risk" with several court charges against her, calling the cases "an attack on press freedom" and saying she had been respectful of the judicial process despite the unfairness of the charges. 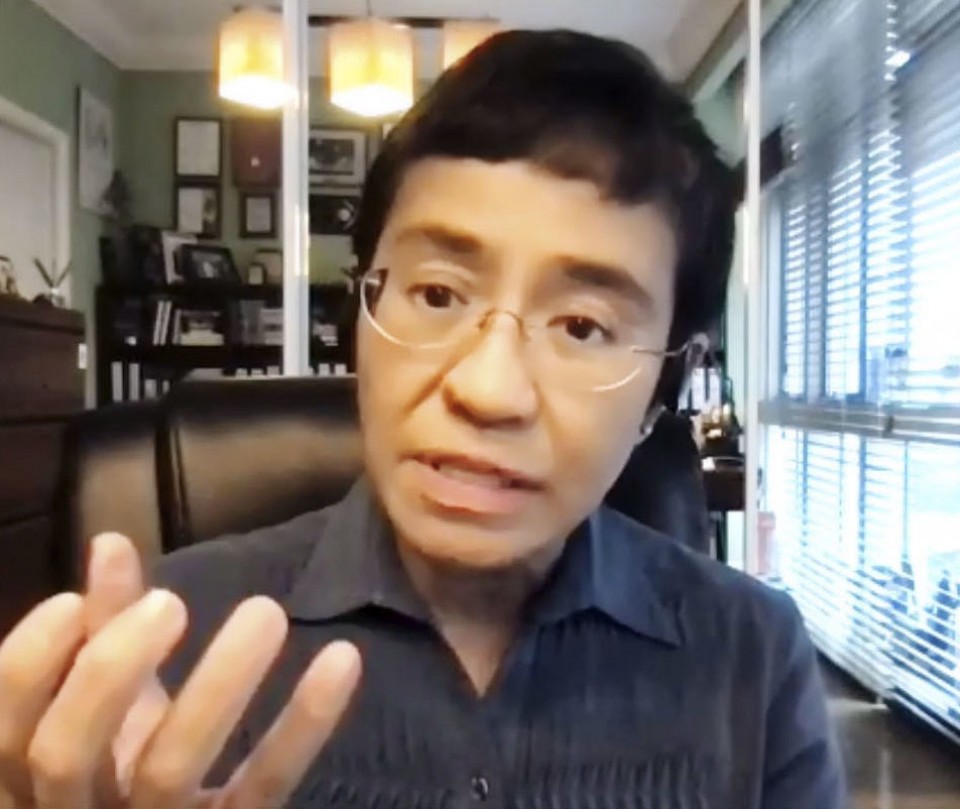 Ressa is CEO of Rappler, a digital media company for investigative journalism in the Philippines known for its critical coverage of President Rodrigo Duterte's government. She has been invited to attend the award ceremony in Oslo on Dec. 10.

In its statement, the Vienna-based institute described the charges as "retaliation" for the critical coverage, comparing Manila's actions to how journalists were barred from traveling to Oslo by Nazi Germany, Myanmar's military junta and the Chinese government.

"The court cases against her -- which are the basis for the travel restrictions -- must be dropped," said Barbara Trionfi, the institute's executive director.

"Blocking Maria from accepting her Nobel Peace Prize in person puts the Philippines in the company of some of history's most repressive regimes," Trionfi added.

Ressa, facing several open proceedings ranging from libel cases to alleged tax and foreign-ownership law violations, has traveled from the Philippines dozens of times, returning every time, the statement read.

The document was signed by editors from 22 countries including those from major international outlets like the Associated Press and BBC.

Along with calling for Ressa to travel freely to Oslo and for all charges against her to be dropped, the statement urges that all attacks on the media in the Philippines be halted and investigated.

"She has shown outstanding courage in refusing to back down from her commitment to independent journalism, despite the tremendous pressure placed on her, including vicious attacks and smear campaigns," the statement read.

Ressa shares this year's award with fellow reporter Dmitry Muratov, marking the first time that the Nobel Prize has been awarded to working journalists since 1935.