Japanese billionaire entrepreneur Yusaku Maezawa safely returned to Earth on Monday following a 12-day trip to the International Space Station that "flew by."

Maezawa, the 46-year-old founder of major online fashion retailer Zozo Inc., landed in Kazakhstan at around 12:13 p.m. Japan time aboard a Russian Soyuz spacecraft with his manager and a Russian cosmonaut.

The three who returned from the ISS showed no signs of health issues, according to a person working for Maezawa, who said his company received a call that they were "feeling good." 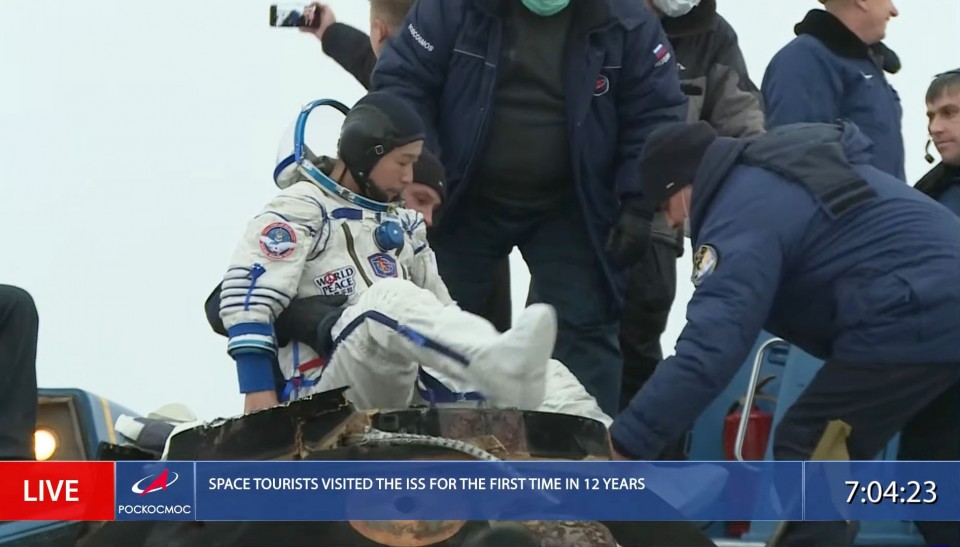 In an image released by Roscosmos, Russia's state corporation for space activities, Maezawa also looked fine and waved cheerfully after the touchdown.

Shortly before he departed from the ISS, Maezawa tweeted, "The 12 days in space flew by. I will put on my space suit and board the Soyuz spacecraft."

The spacecraft was undocked from the ISS at around 8:50 a.m. Japan time, circled Earth and entered the atmosphere before making a parachute-assisted touchdown.

During his trip, Maezawa, who was the 10th civilian to visit the ISS, uploaded videos on YouTube capturing his activities, and the number of subscribers for his account has now exceeded 1 million.

Some of his videos posted on YouTube included one on how to use the toilet on the ISS and another showed him drinking tea as he viewed Earth. He also appeared in an interview with a Japanese television station and played badminton with an astronaut, something he had said he wanted to do in space before his liftoff on Dec. 8.

Maezawa's trip to the ISS is believed to have cost around 10 billion yen ($88 million). While some people have criticized it as an "indulgence by a wealthy person," the trip likely expanded the public's interest in space. 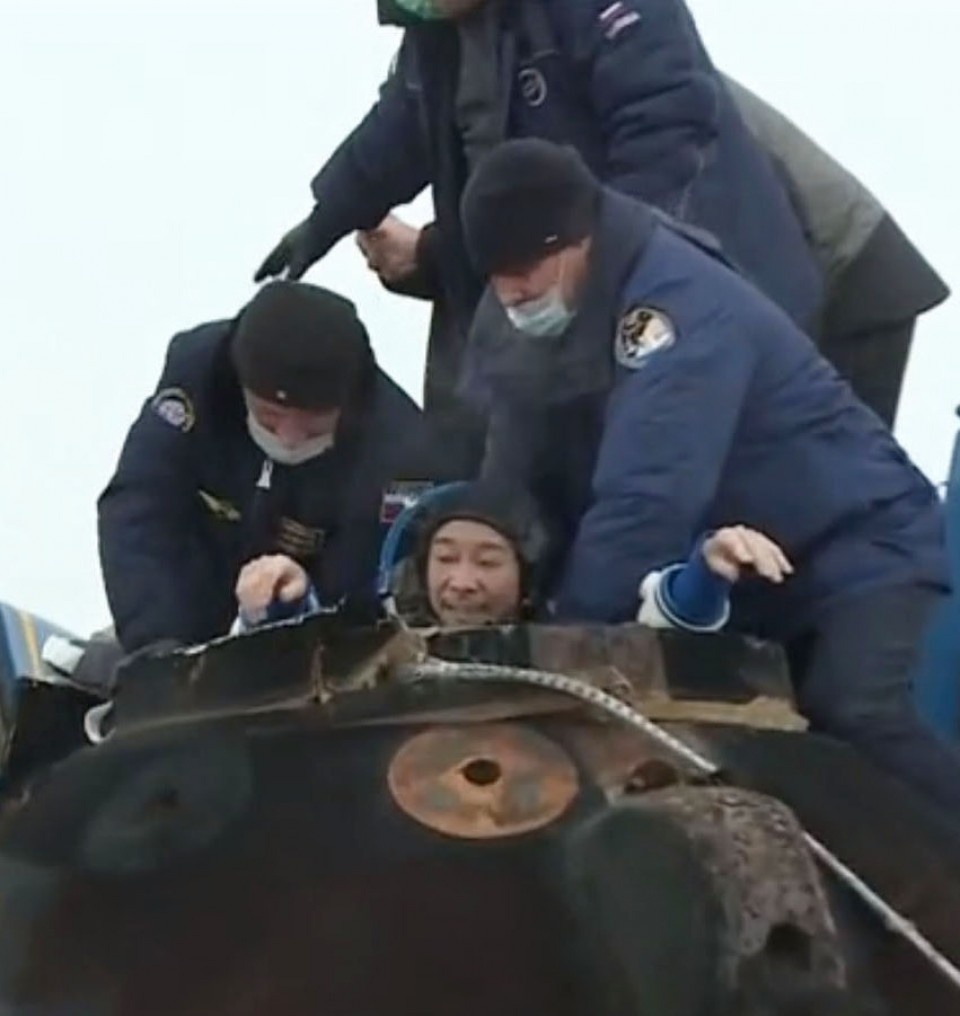 Maezawa, who underwent training for about 100 days and passed the requirements to travel to the ISS in November, was the first Japanese to travel on a commercial space flight in 31 years, after Tokyo Broadcasting System Television Inc. reporter Toyohiro Akiyama in 1990.

Maezawa traveled to the ISS with his manager Yozo Hirano, 36, and Russian astronaut Alexander Misurkin under a contract with U.S. firm Space Adventures Inc., which deals in space experiences.

Maezawa had said he wanted to use the journey as a stepping stone for his planned orbit of the Moon with U.S. firm SpaceX in 2023, which will be the first such trip organized by a private company.