But the election, held without candidates from the city's major pro-democracy parties following Beijing-led electoral changes in the aftermath of the 2019 anti-government protests, recorded the lowest turnout since Hong Kong was returned to China from Britain in 1997. 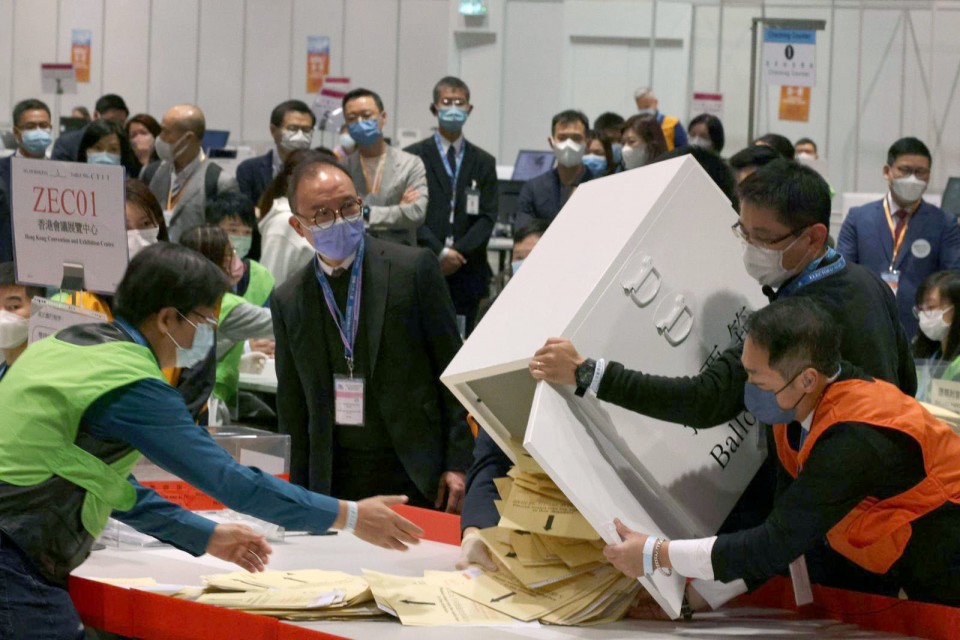 Vote counting is under way in Hong Kong in the early hours of Dec. 20, 2021, for the legislative council general election.(Kyodo)

The Communist-led central government hailed the outcome, saying the election was "successfully" held in accordance with the law, while the foreign ministers of Britain, the United States, Canada, Australia and New Zealand jointly voiced "grave concern over the erosion of democratic elements" of Hong Kong's electoral system, citing recent changes that "eliminated any meaningful political opposition."

"It is of great significance for the development of democracy in line with Hong Kong's reality," he added.

A total of 153 people comprised mainly of pro-Beijing candidates ran in the election to fill the legislature's 90 seats, with only a handful of moderate and non-establishment hopefuls on the ballot.

Tik was also the only opposition-leaning figure elected to the city's powerful Election Committee in September.

Of the city's roughly 4.47 million registered voters, slightly over 1.3 million headed to the polls in the first Legislative Council election held under the new Beijing-imposed electoral system to ensure that only "patriots" govern the city.

Voter turnout for directly elected seats was 30.2 percent, compared with 58.3 percent in 2016. The record-low turnout is thought to reflect voter dissatisfaction with the lack of candidates from the city's major pro-democracy parties. 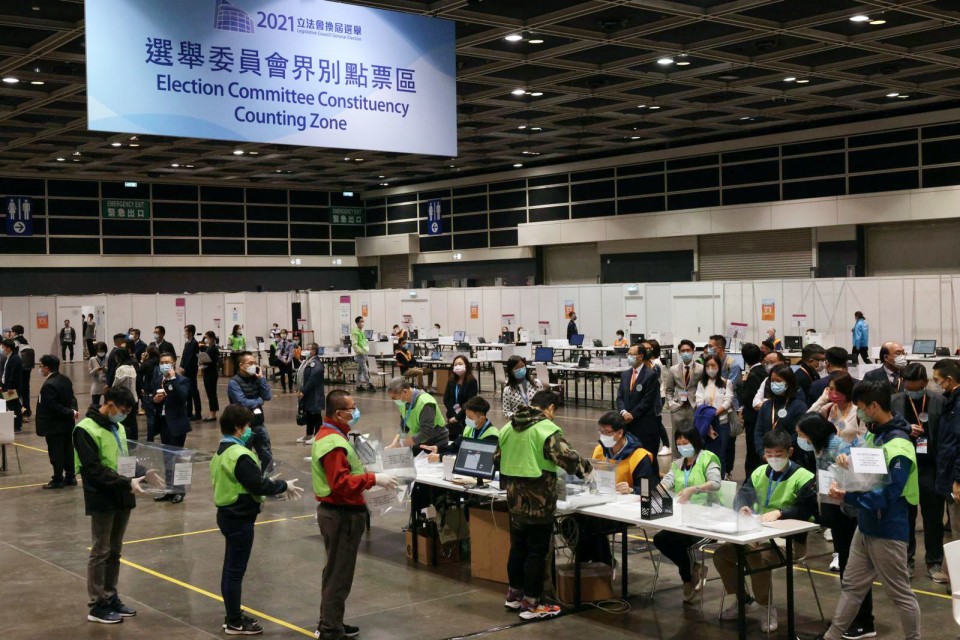 Vote counting is under way in Hong Kong in the early hours of Dec. 20, 2021, for the legislative council general election. (Kyodo)

The foreign ministers of the five Western countries, in their joint statement, said "actions that undermine Hong Kong's rights, freedoms and high degree of autonomy are threatening our shared wish to see Hong Kong succeed."

"We urge the People's Republic of China to act in accordance with its international obligations to respect protected rights and fundamental freedoms in Hong Kong," they said.

Lam also praised a white paper released by the central government hours earlier that called the election "another step forward for democracy in Hong Kong" and urged the people to read it.

In the report, the central government stressed that it is for China to decide "what political and electoral systems will be adopted in Hong Kong after its return."

In 2016, following the 2014 Umbrella Movement that called for democratic change in the former British colony, the pro-democracy camp captured 30 of the 70 seats in the legislature.

But following the 2019 protests, which left the city in political and social turmoil, the central government called on Hong Kong to oust lawmakers deemed "unpatriotic" to rein in dissent and exclude anti-Beijing elements from the levers of power.

New legislators will serve their four-year term from Jan. 1.