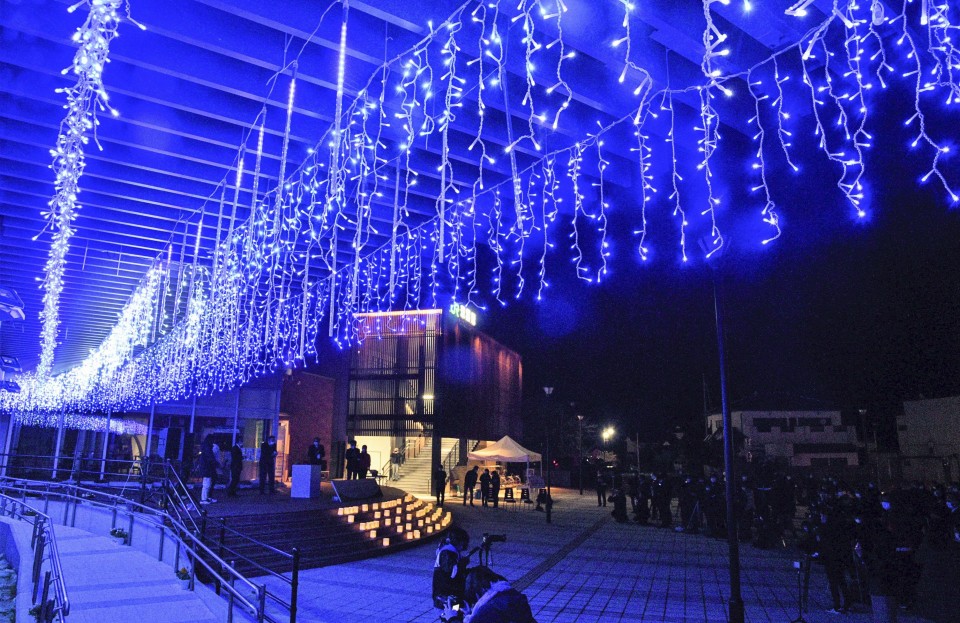 Japan's actions would see it side with the United States, along with countries such as Australia, Britain and Canada.

LONDON - Foreign ministers of the Group of Seven industrialized nations started a two-day meeting Saturday in Liverpool, England, with the world's leading democracies increasingly confronted by such authoritarian governments as China and Russia.

The top diplomats from Britain, Canada, France, Germany, Italy, Japan and the United States plus the European Union, will likely discuss issues ranging from ways to ensure a post-pandemic global economic recovery to the U.S.-led diplomatic boycott of next year's Winter Olympics in China.

TOKYO - The British government has started the process to lift import restrictions on farm products from Japan, a measure imposed in the wake of the Fukushima nuclear disaster, potentially clearing the hurdles for such imports as early as next spring, the farm ministry said Friday.

In its assessment of the possible health risks from Japanese food imports, Britain has concluded that removing the import restrictions would not affect consumers in the country.

LONDON - Japanese Foreign Minister Yoshimasa Hayashi will hold talks on Saturday with his U.S. counterpart Antony Blinken in Britain, as their countries seek to reaffirm their solid alliance to counter China's growing assertiveness in the region.

Their first in-person talks, since Hayashi took office in early November, will take place on the sidelines of a two-day meeting of foreign ministers from the Group of Seven industrialized countries in Liverpool through Sunday.

TOKYO - Online financial group SBI Holdings Inc. said Saturday it has succeeded in its tender offer for Shinsei Bank, raising its stake in the midsize lender to 47.77 percent from the current about 20 percent for 113.8 billion yen ($1 billion).

The announcement capped off a three-month bid that at one point turned hostile, a rare development in the Japanese financial sector. SBI launched the takeover bid in September, offering 2,000 yen per share and setting the bid's upper limit at 48 percent.

TOKYO - Three World Cup ski jump meets that were to be held in Japan next month have been canceled due to strict border controls intended to slow the spread of the coronavirus Omicron variant, the Ski Association of Japan announced Saturday.

Since Nov. 30, Japan's government has banned the entry of nonresident foreign nationals, preventing foreign athletes and staff from entering Japan for competitions.

TOKYO - More than 60 percent of overseas affiliates of Japanese companies expect to post operating profits in 2021, rebounding from a record low of 48.0 percent the previous year but still the second-lowest level in the last decade, according to a survey.

The reading of 62.6 percent suggests performances by Japanese businesses operating abroad -- which slumped significantly in 2020 due to the impact of the novel coronavirus -- "have shown an upswing globally, but the momentum of the recovery lacked strength," said an online survey by the Japan External Trade Organization.

CALGARY, Canada - Japan's Nao Kodaira came second in the women's 500 meters at the speed skating World Cup on Friday, logging 36.81 seconds at the Calgary Olympic Oval for her first sub-37 time over the distance in two seasons.

The 35-year-old 2018 Olympic gold medalist got off to a difficult start to her Olympic season but found her feet in the fourth and final meet of the 2021 World Cup as she bounced back from her sixth- and eighth-place finishes a week ago in Salt Lake City.