Classified in the same category as motorcycles under Japan's road traffic law, electric scooter users need a license. So far, police have only taken action on more serious offenses such as riding without a license, riding under the influence of alcohol or causing injury. 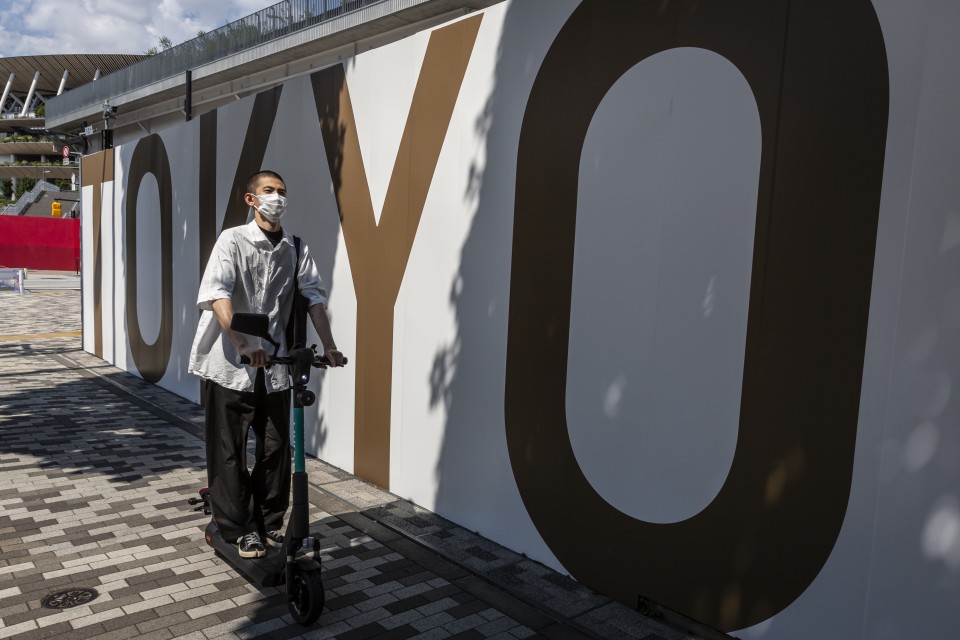 A man rides e-scooter past an Olympics branded wall in Tokyo on July 24, 2021. (Getty/Kyodo)

Users who are issued several traffic tickets can be fined or have their licenses suspended.

Between January and November this year, there were 16 accidents in Tokyo involving electric scooters that resulted in injuries. In addition there were 44 accidents that caused property damage in the capital.

Popular in Europe and with an increasing number of users in Japan, electric scooters resemble skateboards equipped with handles. Users are required to wear a helmet, attach license plates and mirrors, and take out motor vehicle liability insurance.

Tokyo police have created a database of electric scooters so that investigators can quickly identify models at the scene of a traffic violation, according to the sources.

"The issuing of traffic tickets to electric scooter users for (minor) offenses in the populous Tokyo area will have a certain effect on reducing the number of accidents, and perhaps prompt police in other areas to follow suit," said Yuichi Nagase, a senior researcher at the Institute of Transportation Economics.

"But traffic rules for electric scooters are not widely recognized yet. It is necessary for the government to inform not only scooter users but also bicycle riders and pedestrians," he added.