North Korea's ruling party on Thursday touted leader Kim Jong Un, who marked the 10th anniversary of his ascension to supreme commander of the military, saying he bolstered the "fighting spirit" of all the people.

The anniversary comes as the Workers' Party of Korea has been holding its key meeting since earlier this week to review its policies, including how to engage with the United States, as the nation's economy has languished amid the COVID-19 pandemic.

The Rodong Sinmun, the mouthpiece of the party, said Kim "evokes" patriotism, adding thanks to him, "a powerful socialist country is sure to emerge victorious" and the "future is rosy." 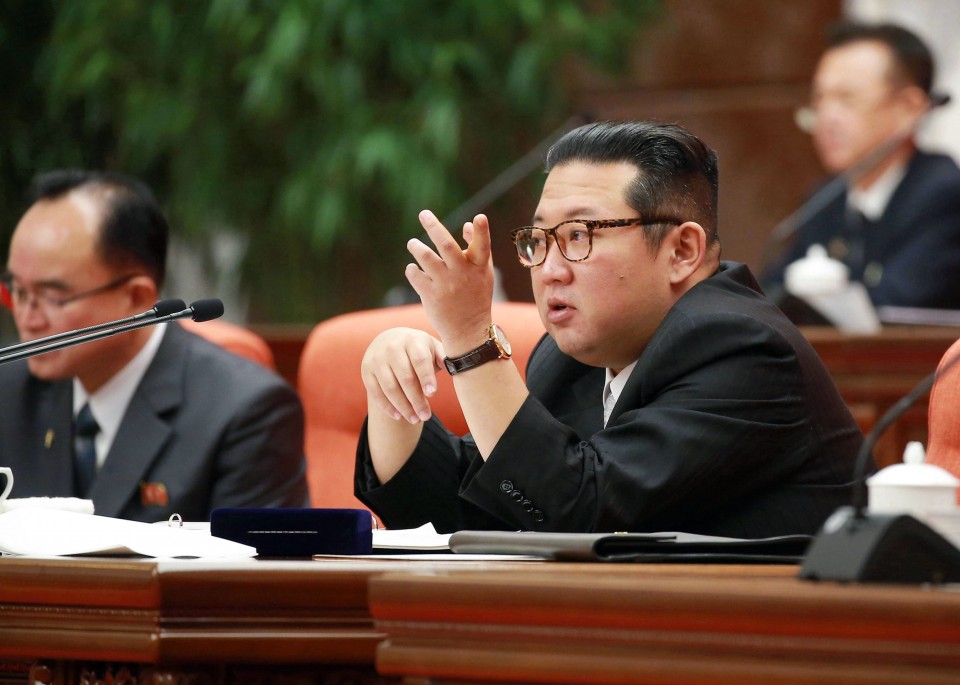 North Korean leader Kim Jong Un is pictured at a plenary meeting of the Workers' Party of Korea Central Committee on Dec. 28, 2021. (KCNA/Kyodo)

North Korea, however, has acknowledged facing a severe food crisis due in part to natural disasters and sluggish trade activities with China, its closest and most influential ally in economic terms, in the aftermath of the global spread of the novel coronavirus.

On the diplomatic front, direct talks between North Korea and the United States have been at a standstill for more than two years, with the administration of President Joe Biden unlikely to readily make concessions over denuclearization and sanctions relief.

North Korea has expressed unwillingness to hold bilateral negotiations with the United States unless Washington withdraws what Pyongyang considers to be its hostile stance toward it. The two nations have no diplomatic relations.

Kim was named as supreme commander of the military on Dec. 30, 2011, following the death of his father and predecessor, Kim Jong Il, in the same month.

North Korea's ruling party, meanwhile, convened a plenary meeting of the Central Committee on Monday, the official Korean Central News Agency reported, while it did not elaborate on when the gathering will be wrapped up.