The Japanese government has been struggling to present concrete plans to bring forward vaccine booster shots against the novel coronavirus, with Prime Minister Fumio Kishida telling parliament Wednesday that it is urgent to analyze whether the existing COVID-19 vaccines are effective against the Omicron variant.

"We are hoping to determine the effect of the existing vaccines on the Omicron strain as soon as possible, and then show the scope and method of moving up booster shots," Kishida said at a plenary session of the House of Representatives. 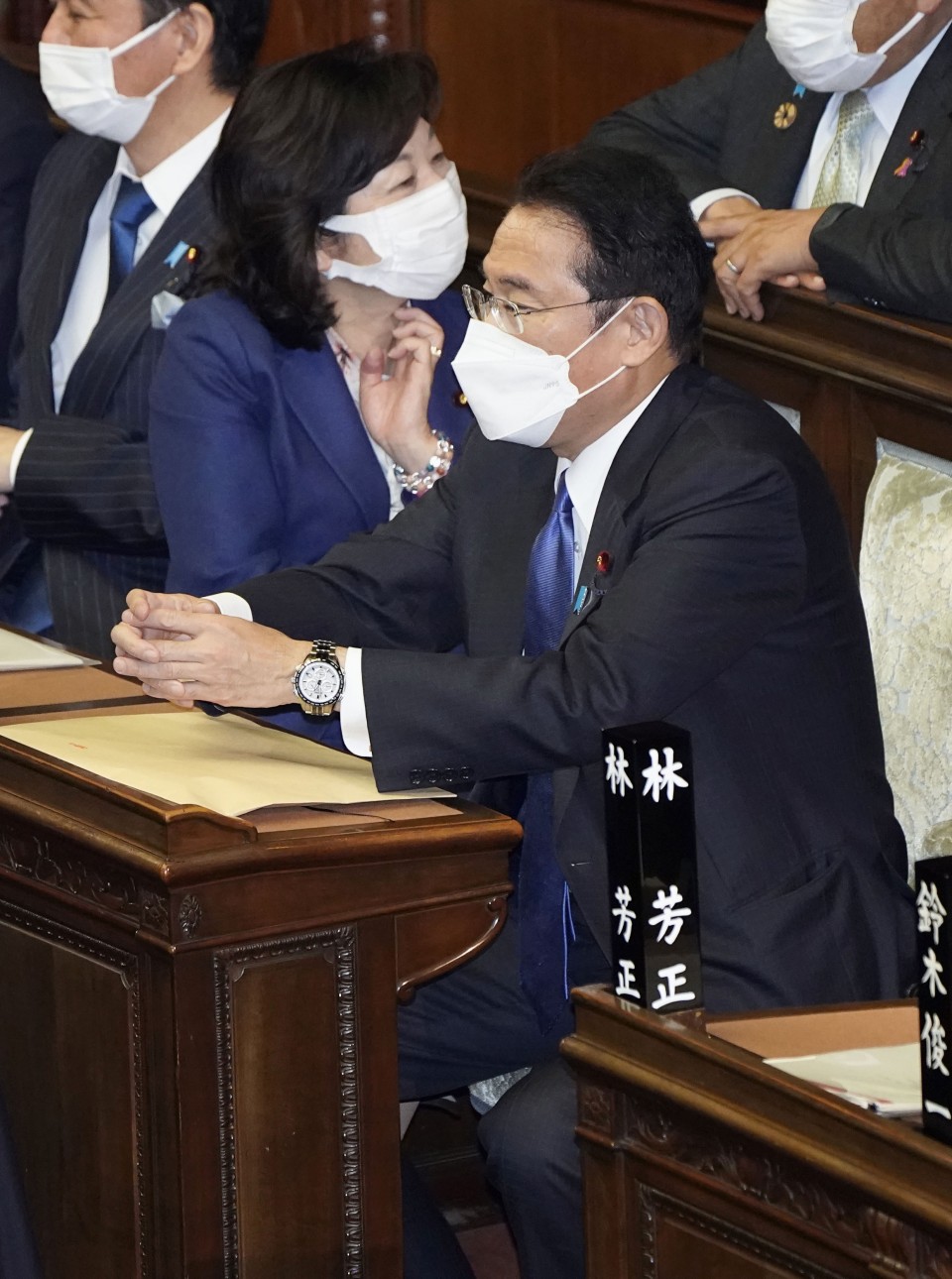 In his policy speech delivered Monday, he said the government will shorten the current eight-month interval between the second vaccine shot and becoming eligible for a booster.

On Wednesday, Kishida also defended the government's coronavirus response, rejecting criticism from the leader of the main opposition party that it was too slow to submit a supplementary budget to fund economic steps to ease the impact of the COVID-19 pandemic.

Kishida brushed aside the claim by Kenta Izumi, the new leader of the Constitutional Democratic Party of Japan, that the Liberal Democratic Party-led government should have heeded the CDPJ's proposal in June to compile an extra budget, saying the government and the ruling coalition "took every measure available" at the time.

The prime minister, who took office in October, vowed to revive the Japanese economy with the government's latest economic stimulus package, which will be partly funded by a supplementary budget submitted to the Diet on Monday.

"With the massive package totaling 55.7 trillion yen ($491 billion) in fiscal spending, we will bring the Japanese economy back on a recovery track as soon as possible and open a path toward a new society in the post-pandemic era," said Kishida.

Izumi, who was elected as new CDPJ leader last week following the main opposition party's loss of seats in the October general election, rapped the government and the ruling coalition for ignoring a request by his party to extend the ordinary Diet session and discuss a supplementary budget totaling 33 trillion yen in June.

Then serving as CDPJ policy chief, Izumi had called for a debate on the extra budget proposed by the opposition party. The fifth wave of coronavirus infections occurred in Japan this summer after the missed opportunity to discuss the budget, he argued. 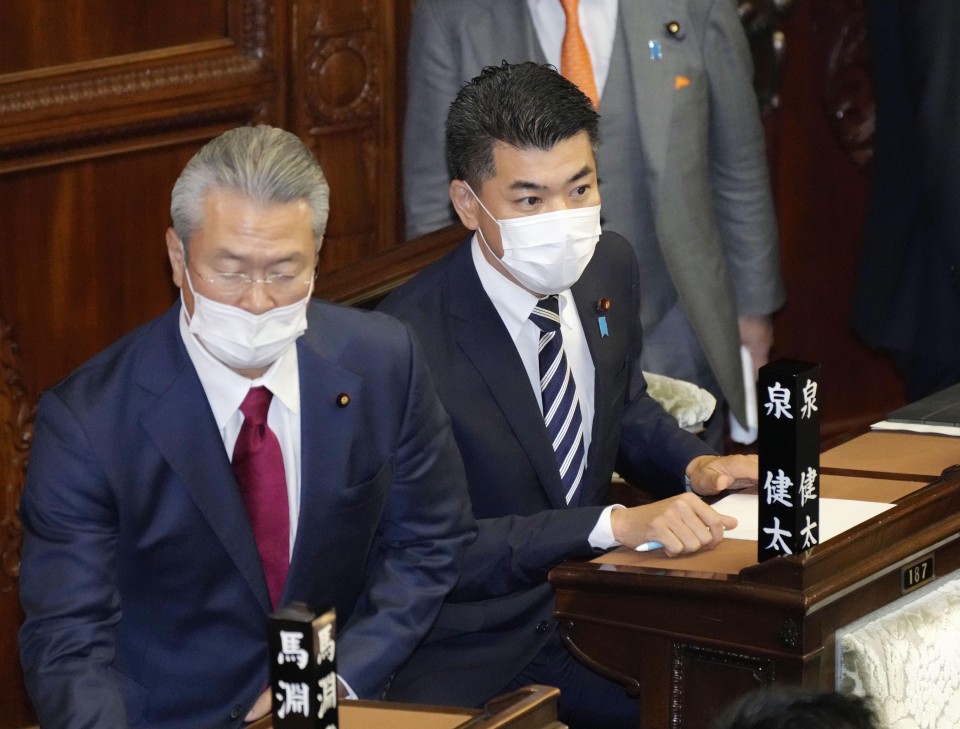 As for the key measure under the government's stimulus package to give 50,000 yen cash handouts and another 50,000 yen in vouchers per child to child-rearing households, Izumi proposed providing the 100,000 yen entirely in cash, saying massive additional costs would be incurred to distribute vouchers.

He also said the provision of vouchers will increase the burden on local governments already preparing to carry out booster shots against COVID-19.

Kishida said he will "consider how to handle it by listening to the opinions of the local governments."

The two sparred verbally as questioning by party representatives began at parliament after Kishida delivered his policy speech at the start of an extraordinary parliament session on Monday. The session will run through Dec. 21.