The suspect in a fatal fire at a mental health clinic in Osaka earlier this month died Thursday, police said.

Morio Tanimoto, 61, suspected of murder and arson, remained in critical condition due to carbon monoxide poisoning from the Dec. 17 fire that killed 25 others.

All 25 victims have been identified, including the clinic's director, Kotaro Nishizawa, 49, according to the police. A total of 27 people, including Tanimoto, were taken to hospitals after the fire.

The police will continue investigating, aiming to refer the case to prosecutors. However, the investigation may be prolonged as they can no longer question the suspect.

Tanimoto was a patient at the clinic. People who knew him have said he apparently lived a lonely life after going through a divorce and the deaths of family members and may have been suicidal. 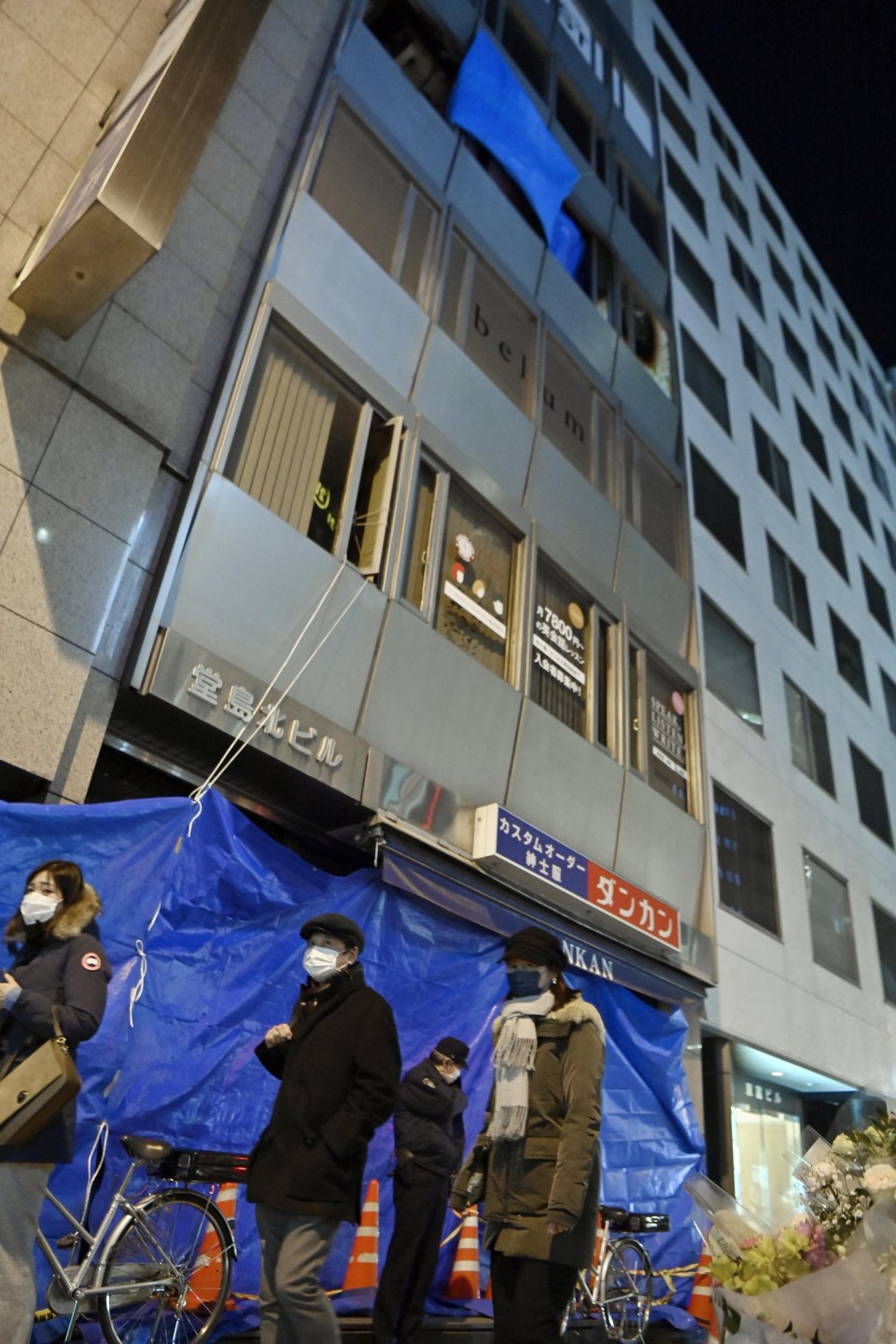 People wearing masks for protection against the coronavirus walk in front of a fire-hit building in Osaka on Dec. 30, 2021. A 61-year-old male suspected of starting the fire in a mental clinic in the building died the same day. (Kyodo)

According to investigative sources, it was discovered that Tanimoto purchased around 10 liters of gasoline in late November and may have intended to copy a deadly 2019 arson attack on an animation studio in Kyoto, which also involved the purchase of gasoline ahead of time.

Security camera footage from the clinic showed the suspect placing a paper bag in front of the reception area, the sources said. He then crouched by the bag and moved his hand, after which fire was seen quickly rising to the ceiling.