Joint top scorer Leandro Damiao was named the J-League's player of the season on Monday after the Brazilian forward helped Kawasaki Frontale to their second straight league title with 23 goals.

Damiao, who led the scoring chart alongside Celtic-linked Daizen Maeda of Yokohama F Marinos, is the ninth player in J-League history to be named the MVP while being the top scorer.

"I'm filled with happiness. I only got the individual award thanks to my teammates," said 32-year-old Damiao, the top scorer at the 2012 London Olympics with Brazil. 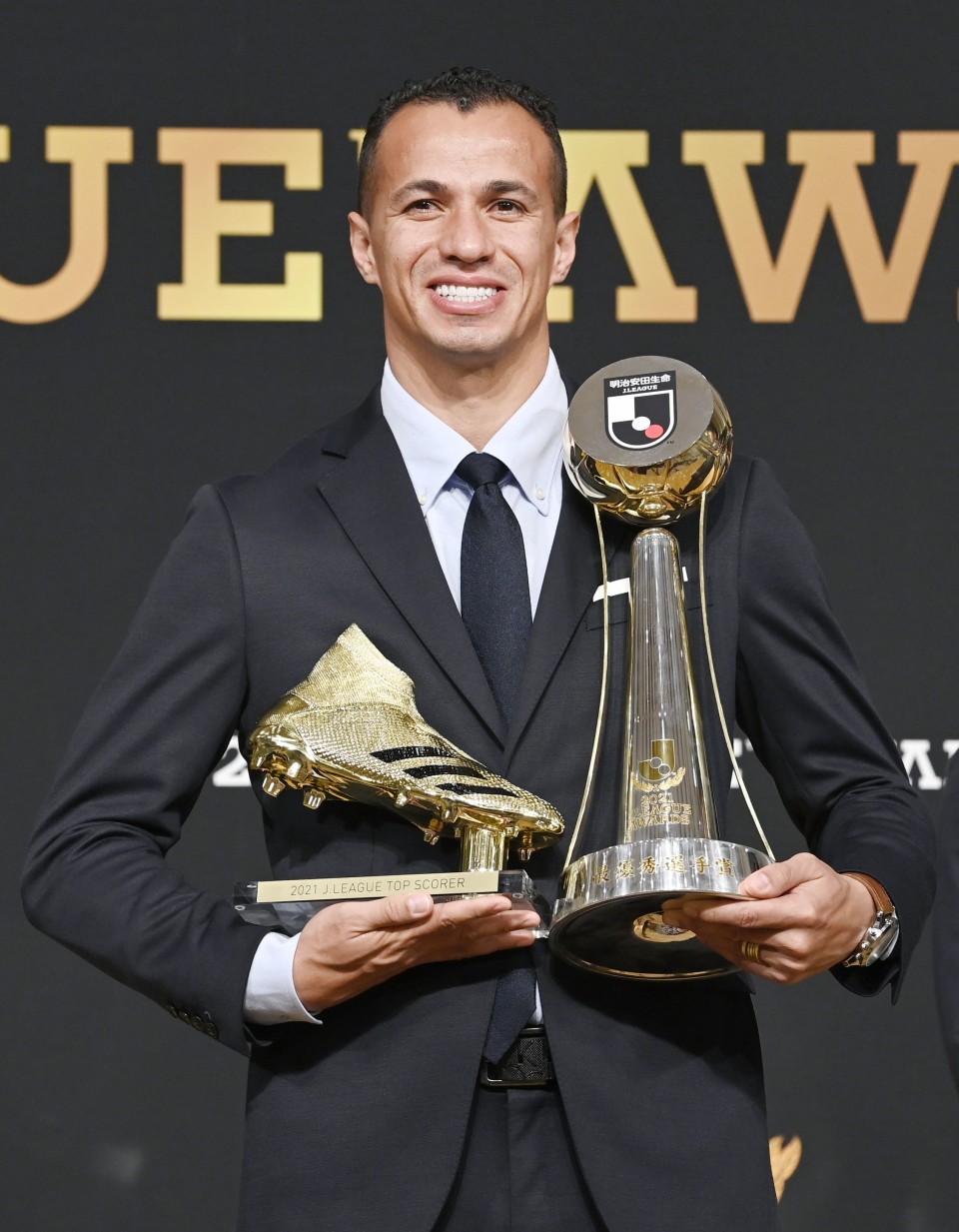 Brazilian forward Leandro Damiao of Kawasaki Frontale is pictured with his trophies at the J-League awards ceremony in Tokyo on Dec. 6, 2021. He was named the J-League's Most Valuable Player was also the joint top scorer this season. (Kyodo)

After playing in every league game last season, Damiao played 35 and missed just three games this season as he took the vice-captain role in Toru Oniki's side.

The best eleven saw seven players picked from champions Kawasaki including all three defenders in Shogo Taniguchi, Miki Yamane and Jesiel as well as midfielders Yasuto Wakisaka and the 2018 MVP Akihiro Ienaga.

Versatile Reo Hatate, also linked with Celtic, was chosen alongside Damiao and Maeda in a three-man front line.

Nagoya custodian Mitch Langerak was named the best goalkeeper after the Australian helped them set the J1 record of 21 clean sheets in a single season.

Ryotaro Araki of Kashima Antlers was named the young player of the year after the 19-year-old scored 10 goals, becoming only the second player in J-League history to reach double figures before turning 20.

Yoichiro Kakitani's audacious bicycle kick for Nagoya in late November, on his return to his boyhood club Cerezo Osaka, was named the goal of the year.