A bronze statue of iconic Japanese manga character Doraemon was unveiled in Tokyo's Shibuya district on Wednesday, following the 50th anniversary of the publication of the comic series of the same name.

The unveiling ceremony was held on the birthday of the comic's creator Fujiko F. Fujio (1933-1996), with the work titled "Doraemon's Door to the Future" also featuring the character's famous Anywhere Door teleportation gadget. 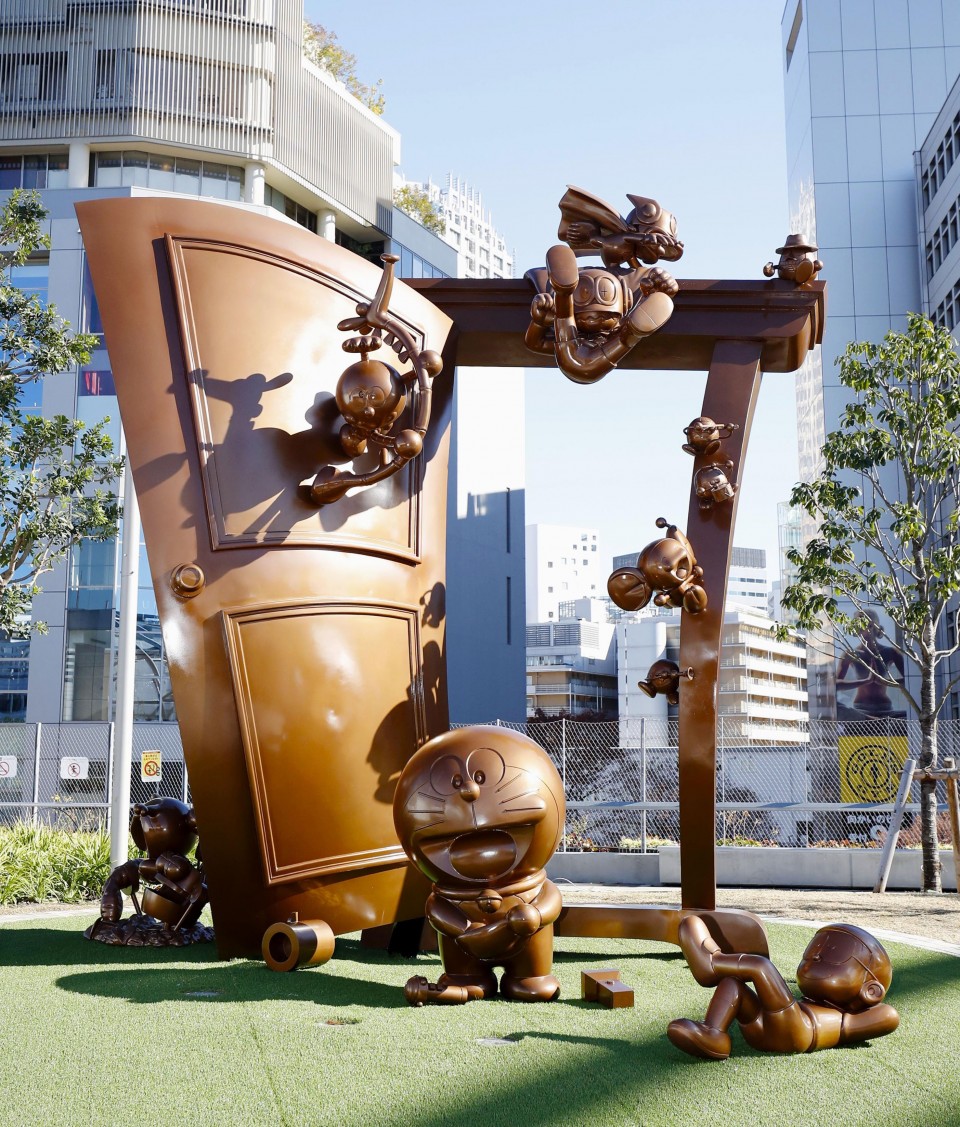 The statue, set up on the rooftop of the Miyashita Park complex, was created by a production company founded by the manga artist and has been donated to Shibuya Ward, where the area around the main train station is undergoing redevelopment as a place to transmit culture with a futuristic image.

The work features 11 popular characters created by Fujiko, including from the "Perman" and "Kiteretsu Daihyakka" series as well as seven gadgets from "Doraemon."

The statue is 3.921 meters tall, reversing the figures of Doraemon's fictional height of 1.293 meters, according to the organizer of the ceremony.

"The work has a lively design. I want children to see dreams and hopes in the future," said Kazuhiko Akatsu, president of Fujiko Pro Co.

The "Doraemon" comic series began in a children's magazine in January 1970 and marked its 50th anniversary last year, but the statue's installation was postponed due to the coronavirus pandemic.

However, the pandemic also led to renewed interest in the series, with its first manga volume logging sales of more than 11,000 copies in March 2020, a single-month record for the 21st century and part of overall sales of more than 5 million copies of publications featuring Doraemon in the 12 months ended November last year.