Recently retired pitcher Daisuke Matsuzaka bid farewell in a speech Saturday at the Seibu Lions' fan appreciation day, where Ichiro Suzuki surprised him and presented his former opponent and Japan teammate with a bouquet of flowers.

A household name in Japan since high school, thanks to his iconic performances on the national stage, Matsuzaka faced just one batter this season in the final game of a pro career that started in 1999. 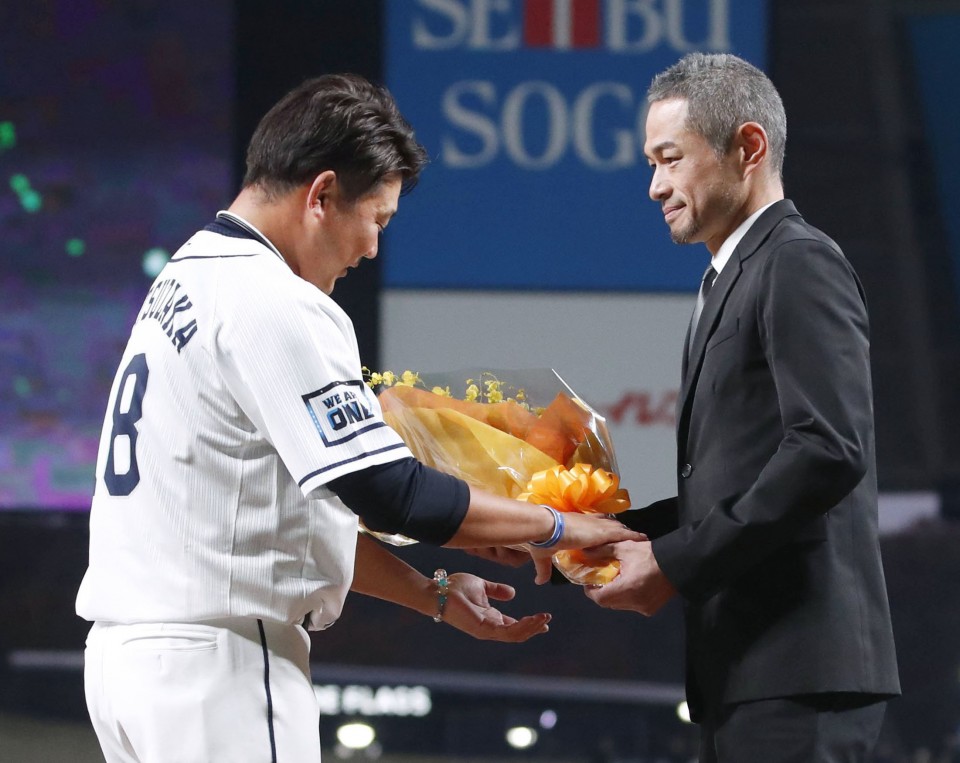 Daisuke Matsuzaka (L) receives a bouquet of flowers from Ichiro Suzuki at MetLife Dome in Saitama Prefecture near Tokyo on Dec. 4, 2021. (Kyodo)

"I'm content that I was able to keep playing baseball until I could no longer throw normally in the end," he told fans at Seibu's MetLife Dome in Saitama Prefecture near Tokyo.

At the completion of his speech, a video message from Suzuki was played for the crowd.

"It's hard to find words. For that reason, this is the only thing I can do. Please excuse me, Daisuke," Suzuki said on the video, before appearing himself on the field.

Matsuzaka was overcome with emotion upon the arrival of his surprise guest.

"I hadn't imagined this. It was crazy," Matsuzaka said. "At first I was able to hold up and then the tears came and I was done for."

"I was surprised and just overjoyed that at the end Ichiro-san came to see me. I'm happy I was able to come so far."

Suzuki was already a three-time Pacific League MVP with five consecutive batting titles when the two first faced each other in the regular season in May 1999. The young Matsuzaka struck him out three straight times, later crediting the experience for turning his "confidence into conviction."

The pair squared off in Japan for two seasons, and then again in the U.S. majors after Matsuzaka joined the Boston Red Sox in 2007.

The two were teammates when Japan won the first two editions of the World Baseball Classic in 2006 and 2009, with Matsuzaka earning MVP honors both times. 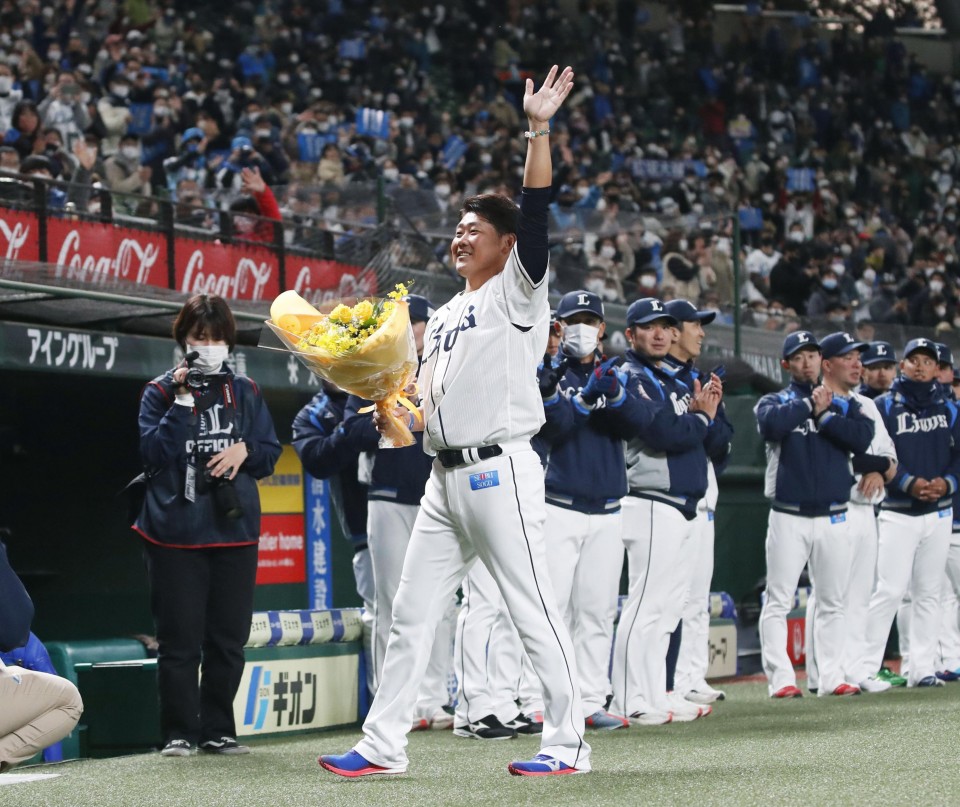 Former Boston Red Sox right-hander Daisuke Matsuzaka waves to fans during his retirement ceremony held at the Seibu Lions' fan appreciation day at MetLife Dome in Saitama Prefecture near Tokyo on Dec. 4, 2021. The 41-year-old seven-time Japanese Golden Glove winner ended his 23-year baseball career when he pitched at the dome for the Seibu Lions, the Pacific League club where he started his career at age 18, on Oct. 19. (Kyodo) ==Kyodo