In the wake of the Gulf crisis of August 1990, former U.S. President George H.W. Bush urged Japan to provide logistical support to the U.S. military via its Self-Defense Forces, despite constitutional constraints, according to diplomatic records declassified Wednesday and testimonies from former government officials.

The request was directly made to then Japanese Prime Minister Toshiki Kaifu. Japan did not meet Bush's call to dispatch the SDF to the Gulf War, although it deployed minesweepers in the Persian Gulf as a postwar contribution -- a reflection of the strong influence the United States has on Tokyo's security policy.

A top-secret diplomatic cable that recorded a meeting between Kaifu and Bush held on Sept. 29, 1990, revealed that the president told Kaifu he knew Japan was looking for ways to get its "forces" involved in international efforts in the Middle East, and that such action would be appreciated by the world. 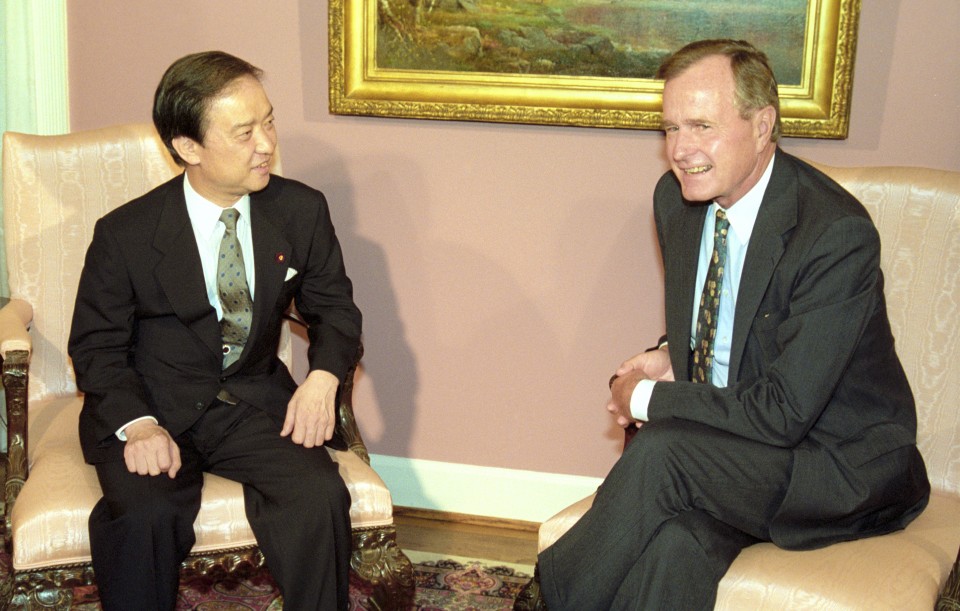 It is the first time it has been publicly revealed that the U.S. president attempted to persuade Japan to dispatch the SDF in connection with the crisis

Koichiro Matsuura, a former Japanese ambassador to France who served as head of the Foreign Ministry's North American Affairs Bureau, said Bush earlier asked in a phone call on Aug. 14 for the SDF to sweep for mines and transport weapons.

In a series of talks, Kaifu responded by expressing the need to protect the war-renouncing Article 9 of Japan's postwar Constitution, while stressing his desire to cooperate.

During the September meeting in New York, while avoiding clear answers to Bush's request, Kaifu is quoted as saying, "As it is the first (such request) in (Japan's) postwar history, we need to have plenty of discussion and time."

Kaifu sought to compromise by establishing a nonmilitary U.N. peacekeeping operations team and having some SDF personnel be part of it.

But the plan ran into difficulties after a bill aimed at allowing Japan to cooperate in U.N. peacekeeping operations was scrapped in November of that year due to public opposition.

According to diplomatic cables and former government officials, the United States effectively notified Japan of its intention to use force on Jan. 14, 1991, three days before the Gulf War began.

Then U.S. Secretary of State James Baker secretly told his Japanese counterpart Taro Nakayama during his visit to the United States that the blood of Americans would be shed.

The records and testimonies also revealed that of the $13 billion Japan provided to the multinational coalition in aid, $9 billion was added in response to a request by then U.S. Treasury Secretary Nicholas Brady during a meeting with his Japanese counterpart Ryutaro Hashimoto in New York. 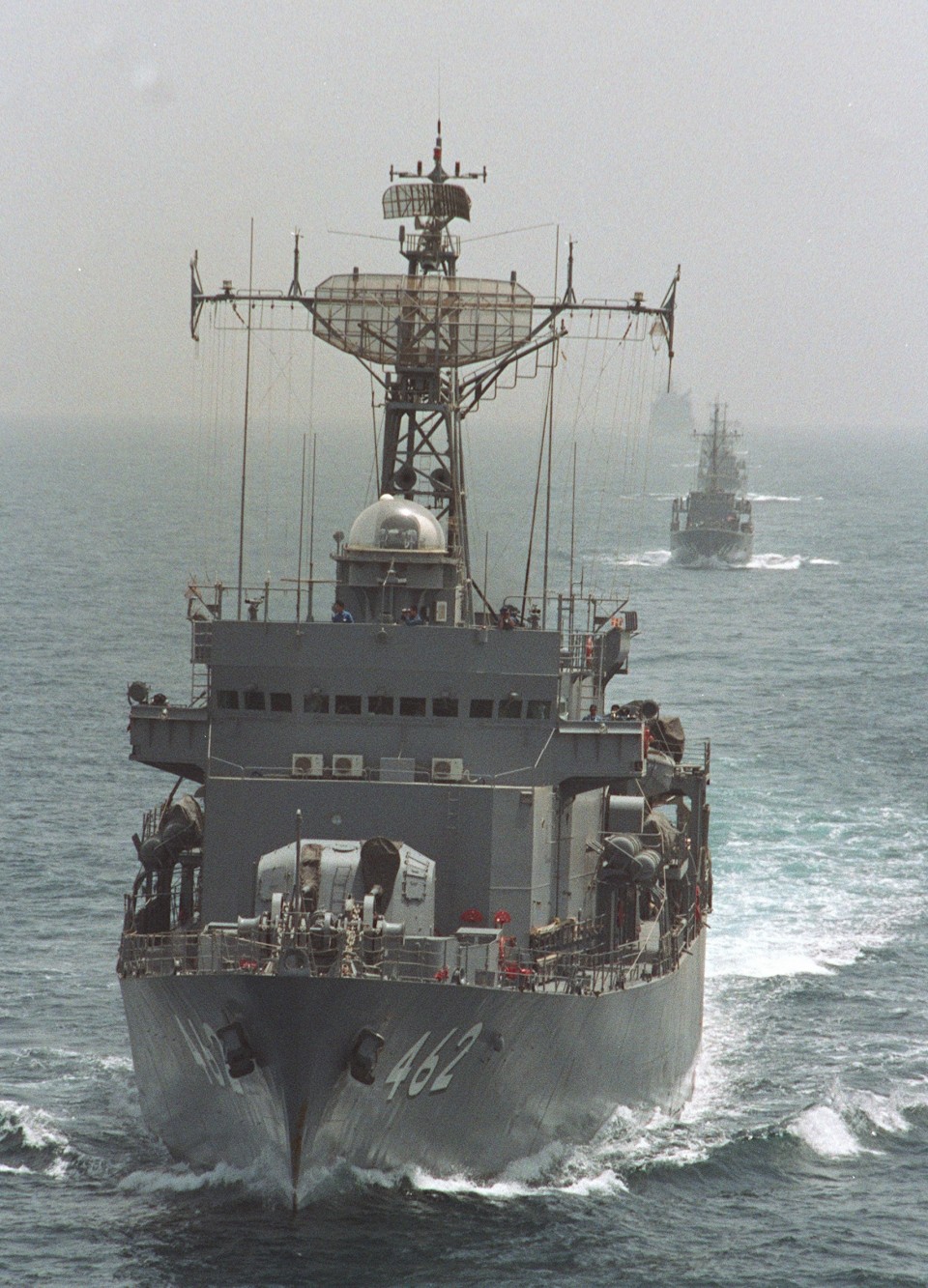 File photo shows Japan's Maritime Self Defense Force's minesweepers deployed in the Persian Gulf and headed for Dubai in May 1991. (Kyodo)

Multiple former Japanese government officials have testified that while there was no basis for the total amount sought by the United States, there was "no other choice" but to meet the request.

But Japan's response to the Gulf War was internationally criticized as "too little, too late," making it a traumatic experience for lawmakers and government officials that has strongly influenced the course of its foreign and security policies ever since.

Taizo Miyagi, a Sophia University professor who specializes in the history of international politics, said Japan was "overwhelmingly strong as an economic superpower" at the time of the Gulf War, and that U.S. "dissatisfaction" at Tokyo's reluctance to bear "a reasonable burden" is reflected in the diplomatic records.

"The Gulf War became a trauma for Japan, and the axis for evaluating foreign affairs has since then become the perspective of the United States," Miyagi said.

Legal changes now allow Japan's SDF to be dispatched to overseas peacekeeping operations even if they are not under the control of the United Nations.

Still, sending the SDF abroad for Japan's defense or international security cooperation needs to meet some conditions and remains a sensitive issue under the pacifist Constitution.