The export value between January and November totaled 1.06 trillion yen. Matsuno told a press conference that the figure was a "result of the combined efforts of government agencies to promote exports." 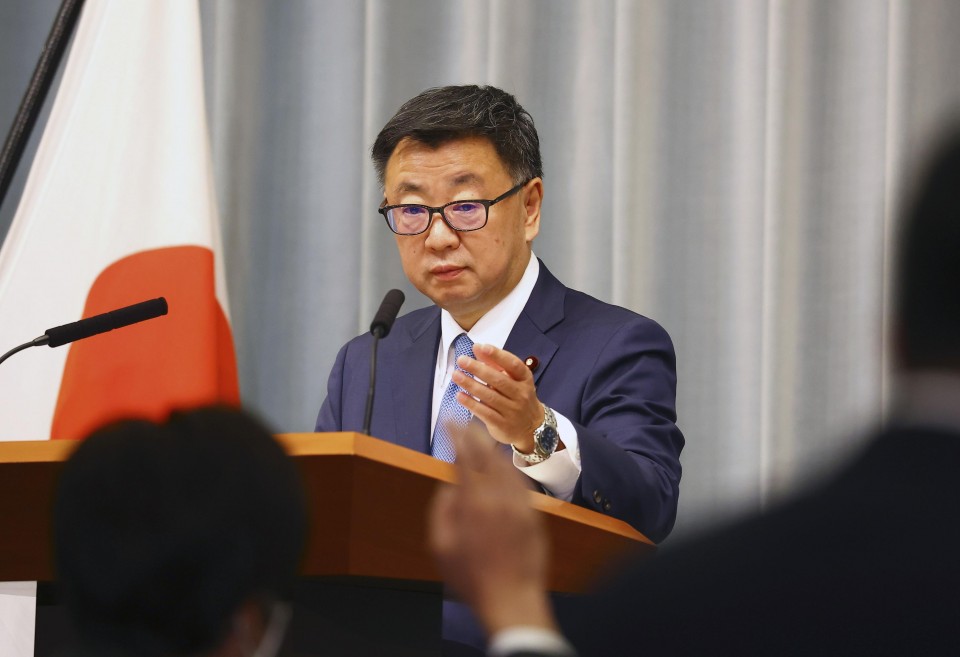 "We want to promote growth of the agriculture, forestry and fishery industries by incorporating demand from overseas markets and stimulate regional economies," Matsuno said.

A sharp increase in shipments of beef to the United States and Japanese sake to China particularly contributed to the growth, and the coronavirus pandemic led to solid online sales, according to the Ministry of Agriculture, Forestry and Fisheries.

The latest available data on exports of agriculture, forestry and fisheries products including timber and pearls show their value came to 973.4 billion yen between January and October, while the Finance Ministry said Thursday the value of food exports in November was 89.9 billion yen, meaning total exports of such items exceeded 1 trillion yen by the end of November.

By October, exports of beef jumped 89.7 percent on year to 41.6 billion yen and those of sake climbed 81.1 percent to 31.8 billion yen, according to the farm ministry.

The Japanese government has set goals of 2 trillion yen in exports in 2025 and 5 trillion yen in 2030, and plans to quickly expand exports centered on products that Japan has strength in.

While Japan's exports of agricultural products have grown steadily, the 1 trillion yen goal could not be met by the initially set target year of 2020 as growth slowed due to the pandemic. The value of exports in 2020 was 986.0 billion yen.

Entering into force on Jan. 1 of a new Asia-Pacific free trade agreement, the Regional Comprehensive Economic Partnership consisting of 15 nations including Japan, China and South Korea, is also expected to boost exports to the member countries.

As restrictions on imports of food from Japan remain in place in 14 countries and regions such as China, South Korea and Hong Kong following the 2011 nuclear disaster in Fukushima, the Japanese government will continue to urge them to remove the restrictions to help accelerate Japan's food shipment, a senior farm ministry official said.