Japanese Defense Minister Nobuo Kishi said Monday he agreed with his Chinese counterpart Wei Fenghe to start operating a hotline between their officials amid tensions over disputed islets in the East China Sea.

Kishi also said at a press conference after holding a videoconference with Wei that peace and stability on the Taiwan Strait are vital for Japan's security, and Tokyo will closely monitor developments there.

"We confirmed that the early establishment of a hotline between Japanese and Chinese defense authorities is important," Kishi said, adding he expressed "extreme grave concern" over Chinese coast guard ships' activities in waters surrounding the Japanese-administered Senkaku Islands, which Beijing claims and calls Diaoyu. 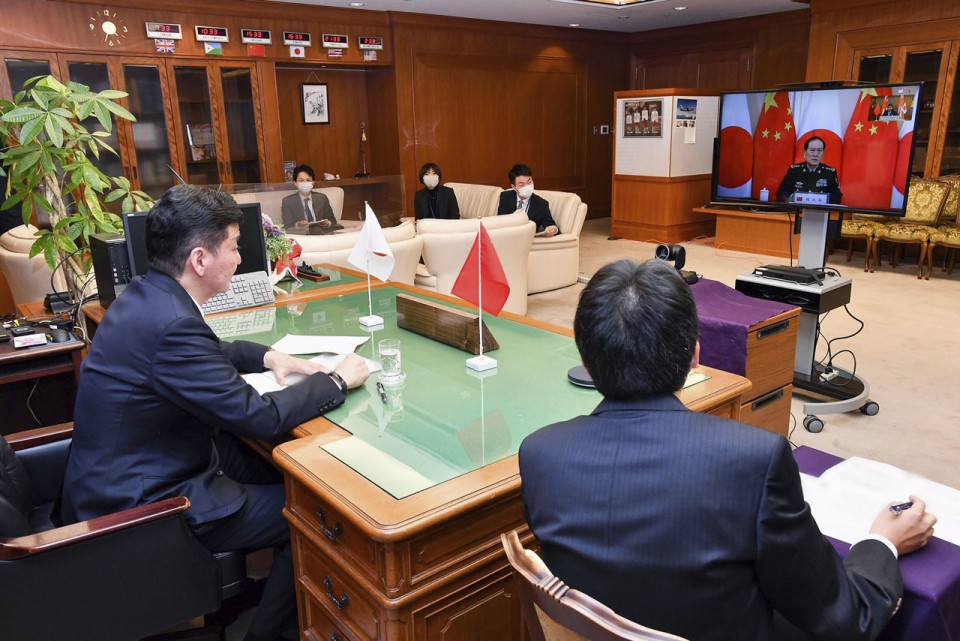 The Chinese Defense Ministry quoted Wei as telling Kishi that China will "firmly safeguard its territorial sovereignty as well as maritime rights and interests" over issues surrounding the Senkaku Islands.

China and Japan should "jointly manage and control risks" while focusing on the overall situation of bilateral relations and striving to maintain stability in the East China Sea, Wei was quoted as saying by the ministry. 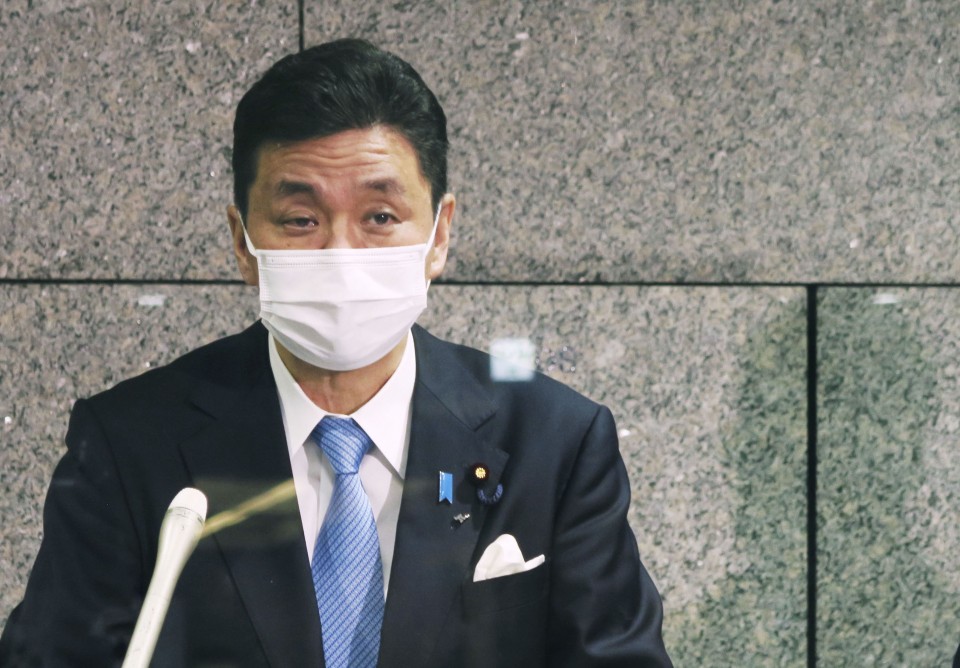 Japanese Defense Minister Nobuo Kishi speaks at a press conference in Tokyo on Dec. 27, 2021 after holding a videoconference with his Chinese counterpart Wei Fenghe. (Kyodo)

During their first talks since December last year, which lasted for about two hours, Kishi said the hotline will enhance the efficiency of a communication mechanism that the two countries launched in 2018 to avoid accidental clashes at sea and in the air.

"Since there are (unresolved) issues with China, we need to try and keep having candid communication so we can promote exchanges and foster mutual understanding and confidence," Kishi said.

Kishi said he "strongly demanded" Beijing's explanation on the contents of its new coast guard law, implemented on Feb. 1, which explicitly allows the Chinese coast guard to use weapons against foreign ships that it deems as illegally entering its waters.

Kishi originally requested talks with Wei in February following the enactment of the controversial law.