A joint defense panel of Japan's ruling Liberal Democratic Party started discussing Monday a review of the National Security Strategy for the first time since it was adopted in 2013, including the possibility of introducing enemy base strike capabilities.

Along with the review of the country's long-term diplomacy and defense strategy, the panel also seeks to discuss and update two other key defense buildup papers -- National Defense Program Guidelines and Medium-Term Defense Program -- after Prime Minister Fumio Kishida said in a policy speech earlier this month that the government will aim to renew the three policy papers in about a year.

With China's increasing assertiveness in waters near Japan and North Korea's resumption of ballistic missile tests, Kishida has said Japan is facing a worrying security situation and vows to consider "every option" to boost the nation's defense, including acquiring the capability to strike enemy bases in response to an imminent attack. 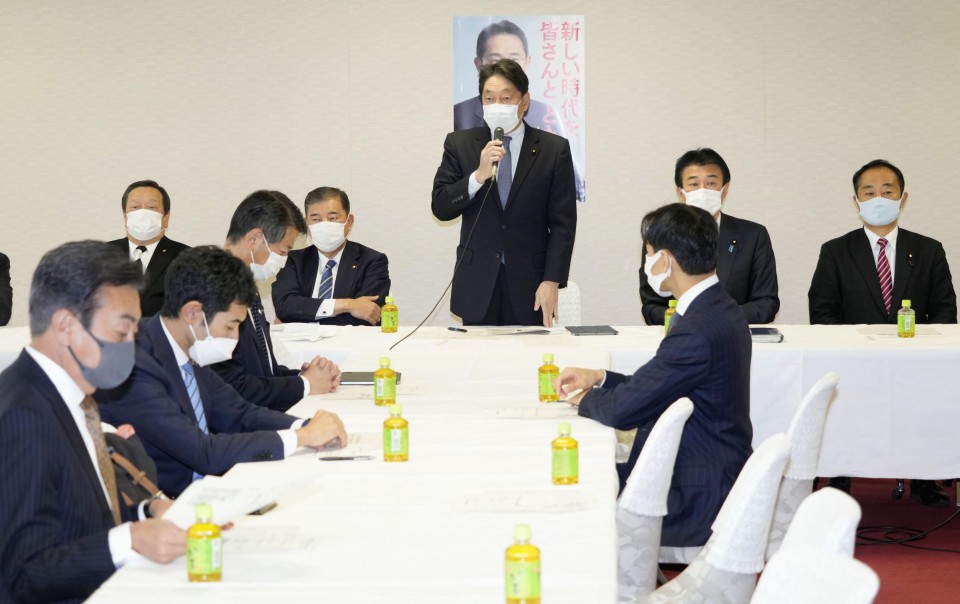 Japan, France postpone 2-plus-2 security talks to next year

The LDP's joint Research Commission on Security and National Defense Division panel aims to draw up a proposal around May next year after a series of discussions and hearings with experts. The proposal will be the basis for revising the papers.

The National Security Strategy, overarching the other two policy documents, was made following the example of the United States.

The National Defense Program Guidelines was first formulated in 1976 as basic defense guidelines and revised five times between 1995 and 2018. The Medium-Term Defense Program is based on that guideline, specifying development plans and necessary expenses for every five years, with the current plan covering fiscal years 2019 to 2023.

"In the past, this joint panel has advocated that if Japan is attacked by missiles, we have to prevent (the launch of more) missiles from enemy territory. This idea has been consistent," said former defense minister Itsunori Onodera, who leads the joint panel.

Onodera told reporters after the closed meeting that he and several other LDP lawmakers argued that Japan might need a new national defense strategy in line with that of the United States.

The panel will also discuss the new defense domains of outer space, cyberspace and the electromagnetic spectrum.

The Defense Ministry set up its own panel of senior ministry and Self-Defense Forces officials last month to conduct a series of discussions regarding revising the three documents.