An Australian parliamentary inquiry concluded in a report released Friday that an information-sharing agreement between Australia, the United States and Britain under their AUKUS security partnership does not breach Canberra's nuclear nonproliferation commitments.

The Joint Standing Committee on Treaties explained that the agreement, the first embodiment of the security partnership under which Australia looks to acquire nuclear-powered submarines, is limited to information sharing, saying the committee has recommended that the government ratify it.

But transfers of equipment, materials or technology related to the security partnership must be the subject of different agreements than the Exchange of Naval Propulsion Information agreement, signed last month, that would require further scrutiny by the committee, it said. 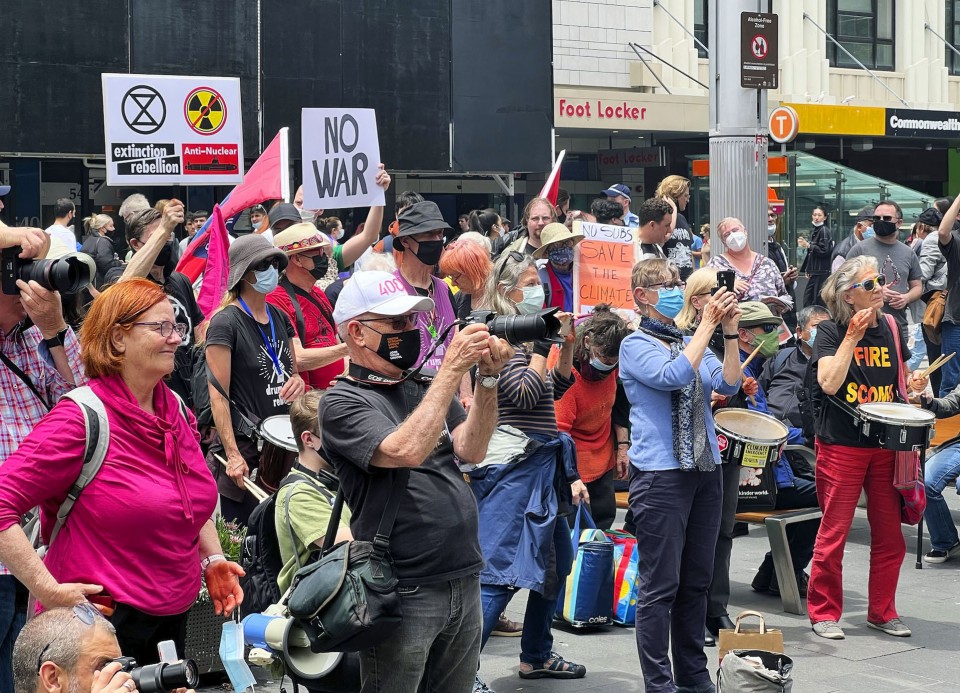 People stage a protest rally in Sydney against an information-sharing agreement between Australia, the United States and Britain under their AUKUS security partnership on Dec. 11, 2021. (Kyodo)

The security partnership was announced by the three nations in September amid China's growing maritime power. However, China and some Southeast Asian countries have voiced concerns that it could spark a nuclear arms race in the Asia-Pacific region.

Committee Chair and lawmaker Dave Sharma said in a statement that the information-sharing agreement is "essential for learning how to safely build, operate and support nuclear-powered submarines."

"With our security environment growing more challenging in the decades ahead, a regionally superior submarine capability is critical to safeguard Australia's security," he added.

Experts, however, have also raised concerns that the agreement for sharing information on nuclear-propelled submarines risks expanding a "loophole" in the framework of the Nuclear Non-Proliferation Treaty.

In a submission to the inquiry, a local group named BaseWatch Darwin cited international concerns that the move by Australia may undermine the NPT framework.