Aspiring "idol" singing and dancing acts in Nagoya, said to be a hothouse for the emergence of new talent, are trying to revive the all-important close contact with fans after long struggling under coronavirus-related restrictions.

The proximity of audiences with Japanese idol performers, both boy and girl groups and solo acts, is a key part of the fan experience, but opportunities to perform live have decreased sharply due to restrictions on face-to-face activities introduced to combat the COVID-19 crisis.

Although performances have resumed in the central Japanese city, they come with a whole new set of rules, such as following strict social distancing protocols and even registering names and contact information at events in some cases. 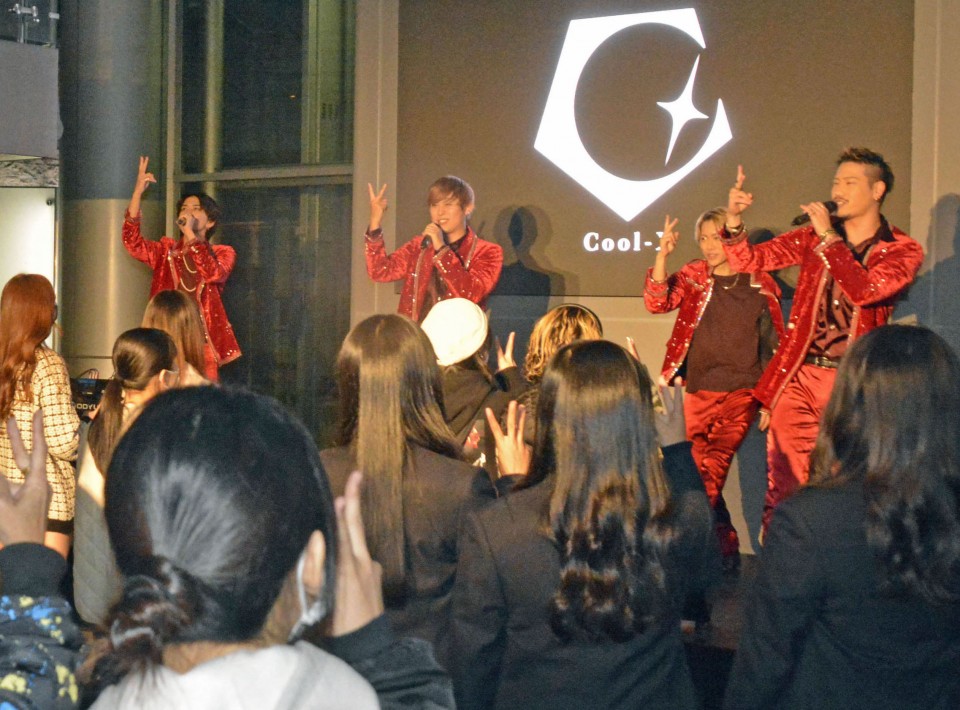 Cool-X (back), a four-member male dancing and singing idol group, perform a repertoire of songs in Nagoya, central Japan, on Nov. 12, 2021. (Kyodo)

Cool-X, a four-member male dancing and singing idol group, performed its repertoire before some 50 mainly female spectators at a commercial complex in Sakae, an entertainment district, in mid-November.

"Opportunities to perform outdoors have been limited. We hope you will support us though this may be the first time for you to see us," one of the members said to the audience.

According to an entertainment industry official, competition among aspiring idol acts in Nagoya is intense, with more than 100 performers operating individually or in groups.

During Cool-X's performance, the audience was required to wear masks, stand on fixed markers for social distancing, and prohibited from cheering. Instead, they could clap and sway along.

After the performance, Cool-X members chatted with fans who had purchased band-related goods offered at the venue.

A 19-year-old female student from Nagoya who came to the show in November said Cool-X helped ease her sense of isolation after the college she had enrolled in switched to online classes last year.

Although she enjoyed the performance by Cool-X, she admitted the new COVID-19 rules in place were not ideal for having the best time. "I felt sad because we had to stand at a distance from the group. When they're closer, I can dance with them," she said.

Junki Maeda, 27, one of the members of the group, said, "The sooner audiences can raise their voices to cheer for us again, the better for making our performances more exciting."

Female idol group Nanairo Milky Way operates independently without belonging to a talent agency. When the prefectural government of Aichi, of which Nagoya is the capital, requested businesses reduce their working hours as an anti-infection measure, the group saw a fall in income since its post-performance merchandise sales had to wrap up earlier than usual. 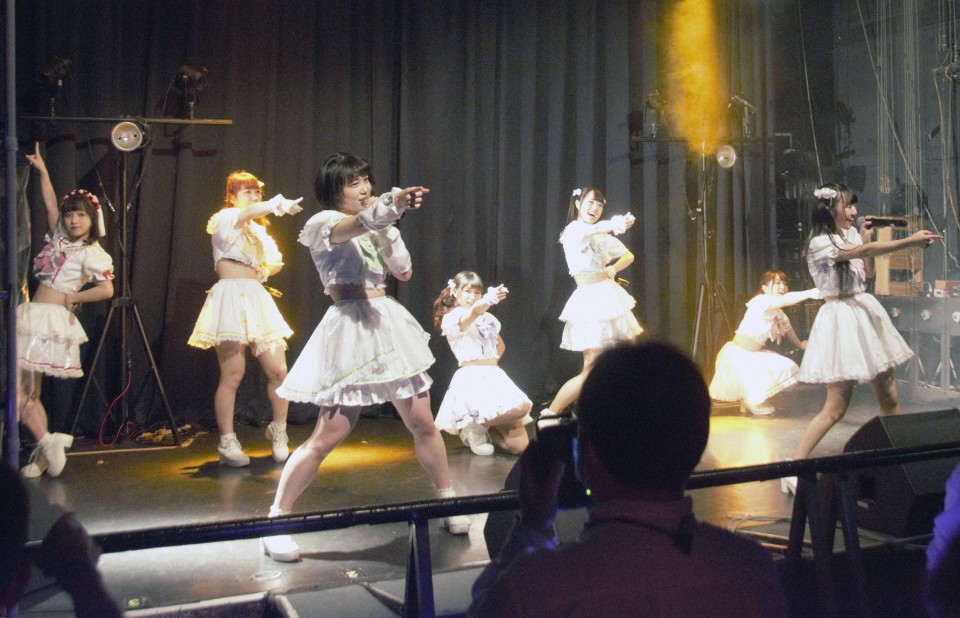 Although the group is gaining popularity, the members are frustrated as planned performances in locations like Tokyo and Osaka have been postponed due to the health crisis.

"Many idols belonging to small talent agencies or freelance groups have disbanded or suspended their activities," an entertainment industry official said.

Referring to the severe business conditions since last year, Kenichi Yufu, 49, owner of a company that manages entertainment idols and a club with live music, said, "You had no choice but to laugh and get over the hardships."

The company lost millions of yen with the cancellation of performances and saw its revenue plummet by half last year, Yufu said. Though the business has picked up this year, he said the company is only halfway to full recovery.

Even so, Yufu is taking a proactive approach in his plans to showcase new idol groups since, as he put it, "there is an energy that can only be transmitted through face-to-face performances." While debuting a new idol group, he attracted more than 100 people to an event held at his club in mid-November.

At the event, audience members were required to wear masks and prohibited from shouting but expressed their support for the performers by waving penlights and swaying along with the music.

Ami Natsukawa, the 22-year-old leader of OSU, a female idol group that performed at the event, said, "We hope to energize people, though a full return to the way things used to be is maybe impossible." 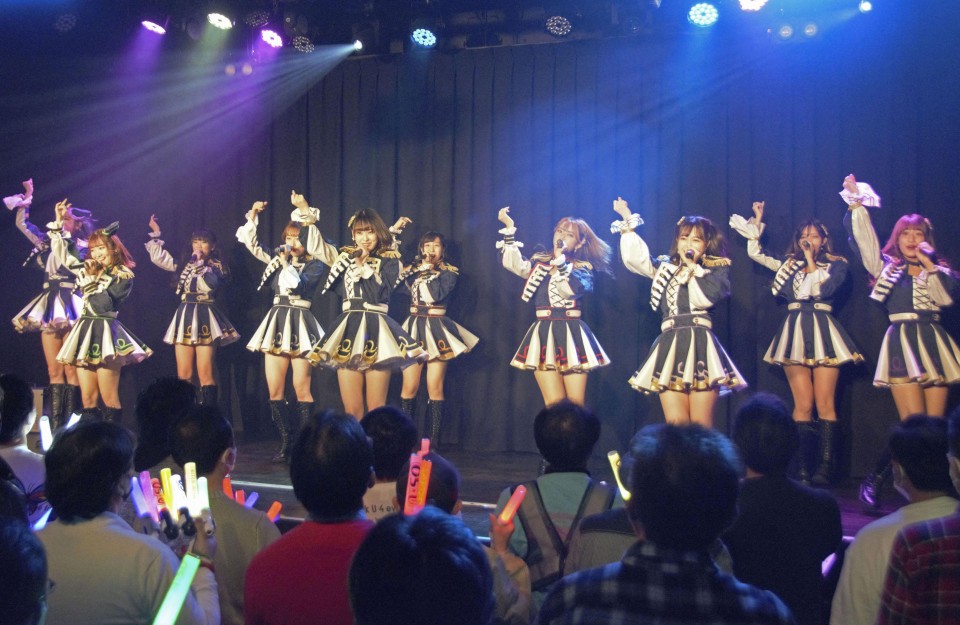 Yufu said for the time being, anyway, the idol groups have no choice but to manage the circumstances of the pandemic.

"I want people to see our efforts to effectively get along with the coronavirus by taking the appropriate measures," Yufu said.