Japan on Wednesday reported its first community transmission of the Omicron variant of the coronavirus in Osaka Prefecture, with three family members, with no history of travel overseas, being infected through unknown routes.

Prime Minister Fumio Kishida said the same day the government will ensure necessary steps are taken to prevent new untraceable cases of the highly transmissible strain from spreading, as new cases of the new variant nearly doubled to 160 nationwide Wednesday, after the first case was confirmed on Nov. 30. 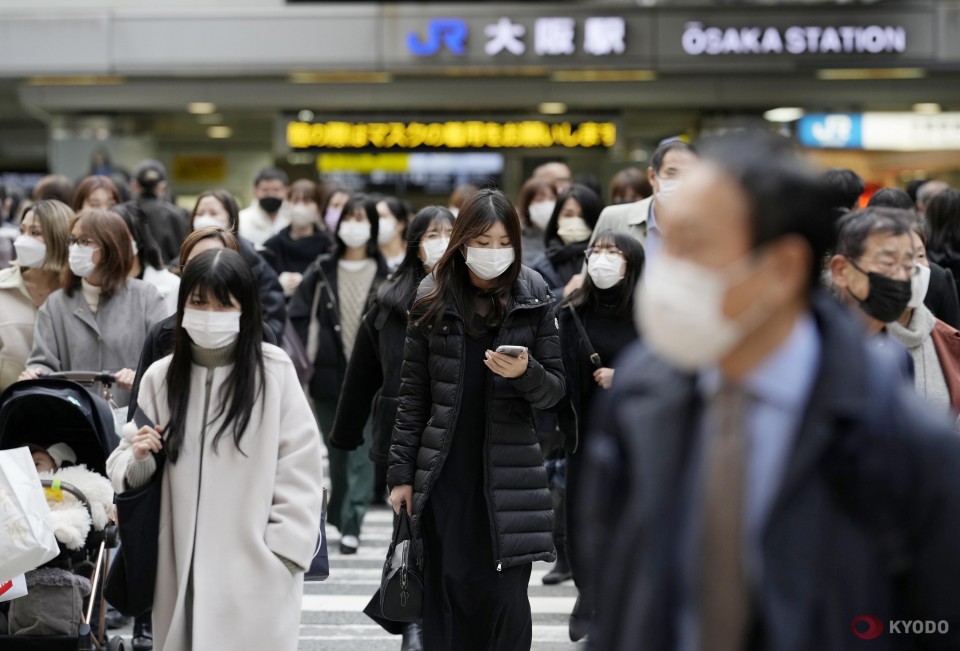 People wearing masks for protection against the coronavirus walk in front of JR Osaka Station on Dec. 22, 2021. Japan reported its first community transmission of the Omicron variant in Osaka Prefecture the same day, with three family members having no history of travel overseas being infected through unknown routes. (Kyodo) ==Kyodo

"We will speedily carry out enhanced steps to contain the spread of infections in Japan," Kishida told reporters.

The three family members -- a male elementary school teacher, a woman in her 30s and a girl under 10 years old -- were admitted to the hospital after developing mild symptoms, such as fever, between Saturday and Monday, the Osaka prefectural government said. The two adults have already received two vaccine doses.

Two other family members, who also contracted COVID-19, are awaiting the results of genome tests to determine if they have also been infected with the new variant.

The man had worked until Friday last week, the day before he began exhibiting symptoms, the prefecture said, adding it will conduct PCR tests on all the teachers and students at his school in the city of Neyagawa. 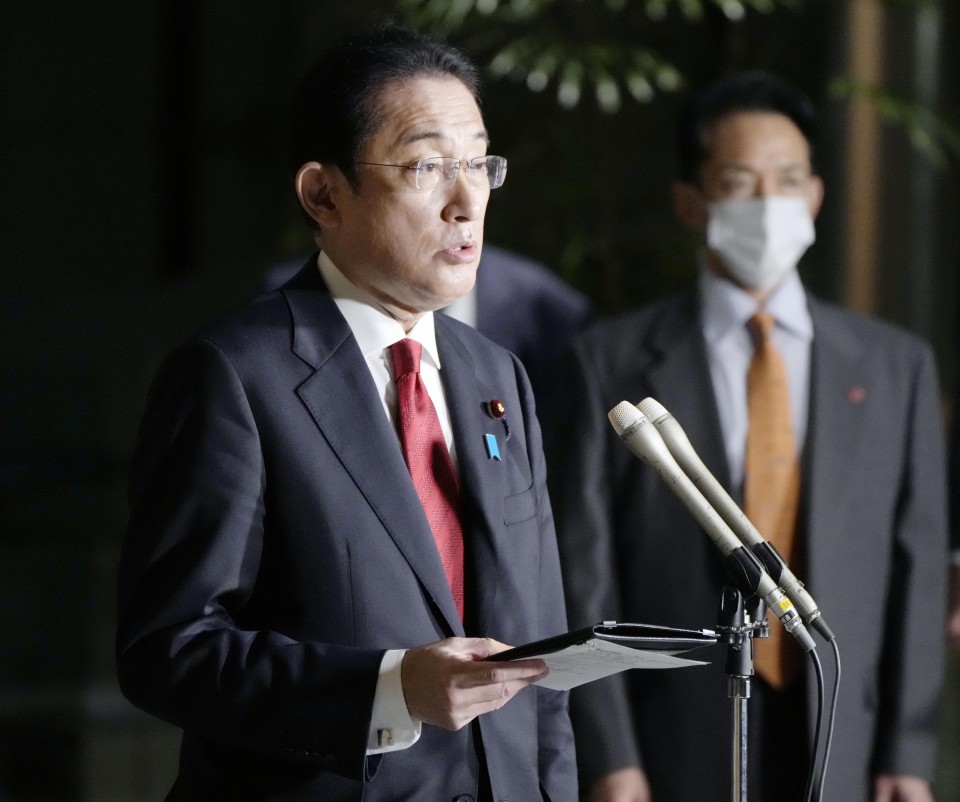 Prime Minister Fumio Kishida speaks to reporters at his office in Tokyo on Dec. 22, 2021. (Kyodo)

The Neyagawa city government said Wednesday that a teacher in his 30s at the same school was confirmed to be infected with COVID-19, and additional testing for the Omicron variant will be conducted.

"It's possible there are other cases of community transmissions as well," Osaka Gov. Hirofumi Yoshimura said at a meeting of officials and virus experts, as the prefecture reported four new cases of the variant on the day.

The Osaka government has already identified close contacts of the family members, with health authorities conducting tests and monitoring their physical conditions.

Given that many people are expected to go out for year-end and New Year parties, the prefecture also decided to extend restrictions at eateries, including limiting the number of people per table to four and indoor dining to no more than two hours, by one month through the end of January.

Health minister Shigeyuki Goto said he does not believe the Omicron variant has become widespread across the country "at this point."

But Takaji Wakita, the head of a government panel tasked with the nation's coronavirus response, said Japan could, like other countries, see an outbreak of the new variant at any time. Infections with the variant have been detected in 30 countries and regions, according to data from The New York Times.

The Japanese government has been bracing for its sixth wave of infections, even as the country has recently seen around 200 daily COVID-19 cases, compared with a record level of over 25,000 in August.

The World Health Organization has said that the number of Omicron cases doubles every 1.5 to three days in countries where community transmissions were reported.

The Ministry of Health, Labor and Welfare called on all prefectural governments to strengthen measures for testing and prepare sufficient hospital beds in a timely manner in the event of a resurgence of new cases.

Toshio Nakagawa, president of the Japan Medical Association, called for vigilance toward the year-end and New Year holidays.

"We are making preparations to be able to provide enough medical care" across the country, Nakagawa said at a press conference.