Britain will effectively impose a diplomatic boycott of next year's Winter Olympics in China as no ministers or officials are expected to attend, Prime Minister Boris Johnson told parliament Wednesday.

The move, which follows similar announcements made by the United States and Australia, is a show of protest over China's alleged human rights abuses against the Muslim Uyghur minority and others. 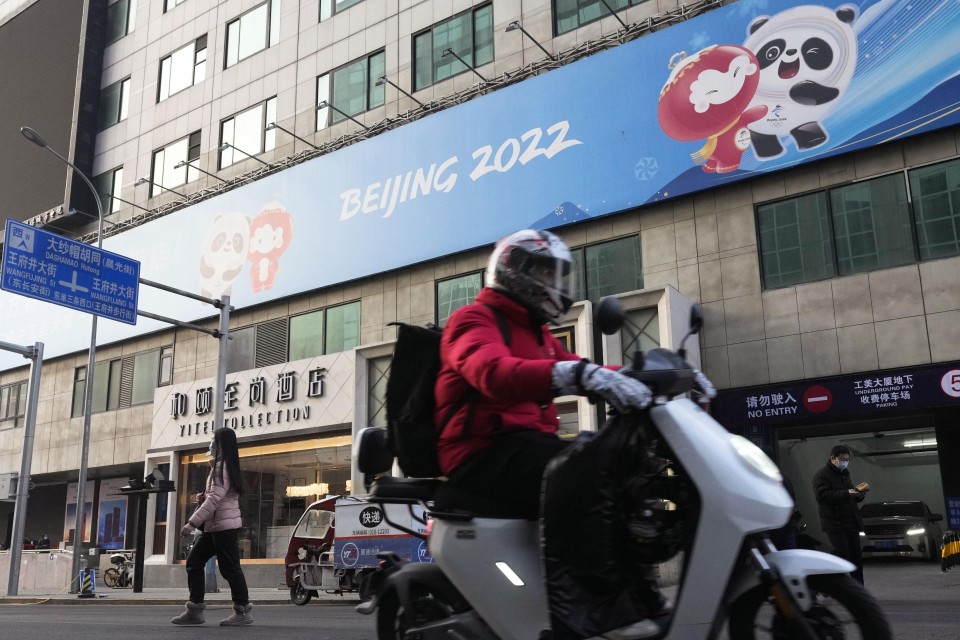 The official mascots of the 2022 Beijing Winter Olympics and Paralympics are seen on a signboard in Beijing on Dec. 8, 2021. (Kyodo) ==Kyodo

The Chinese Foreign Ministry has already protested over the U.S. and Australian decisions.

In July, the House of Commons, the British parliament's lower house, adopted a resolution calling on the government to impose a diplomatic boycott of the Winter Games in Beijing unless China improves its human rights situation.

Members of the ruling Conservative Party later sent a letter to Johnson requesting he cancel any attendance by government representatives.