North Korea's ruling party will convene a plenary meeting of the Central Committee later this month to review its policies for 2021, state-run media reported Thursday, as the country's economy remains stagnant amid the COVID-19 pandemic.

The decision was made at a meeting of the Political Bureau of the Central Committee of the Workers' Party of Korea on Wednesday that leader Kim Jong Un attended, the official Korean Central News Agency said. 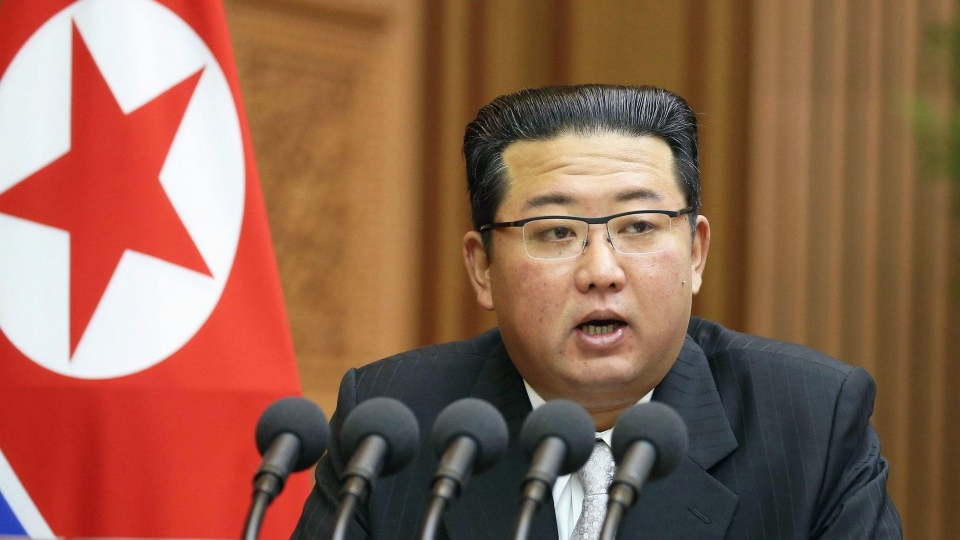 North Korean leader Kim Jong Un delivers a speech at a session of the Supreme People's Assembly, the country's top legislature, in Pyongyang on Sept. 29, 2021. (KCNA/Kyodo)

Kim, who will mark 10 years in power on Dec. 30, was quoted by KCNA as saying at the gathering that "positive changes" were achieved in overall state affairs including politics, economy, culture and national defense.

Because "next year will be an important one as we should wage a giant struggle as much as we did this year," the party should "work out plans for the new year well to be dynamic, onward, scientific and detailed," Kim added.

At the party's first congress in nearly five years -- held for eight days through Jan. 12 -- a new five-year national economic development strategy was mapped out.

North Korea has acknowledged facing a severe food crisis due in part to natural disasters and sluggish trade activities with China, its closest and most influential ally in economic terms, in the aftermath of the emergence of the novel coronavirus.

On the diplomatic front, direct talks between North Korea and the United States have been at a standstill for more than two years, with the administration of President Joe Biden unlikely to readily make concessions over denuclearization and sanctions relief.

North Korea has expressed unwillingness to hold bilateral negotiations with the United States unless Washington withdraws what Pyongyang considers to be its hostile stance toward it. The two countries have no diplomatic relations. 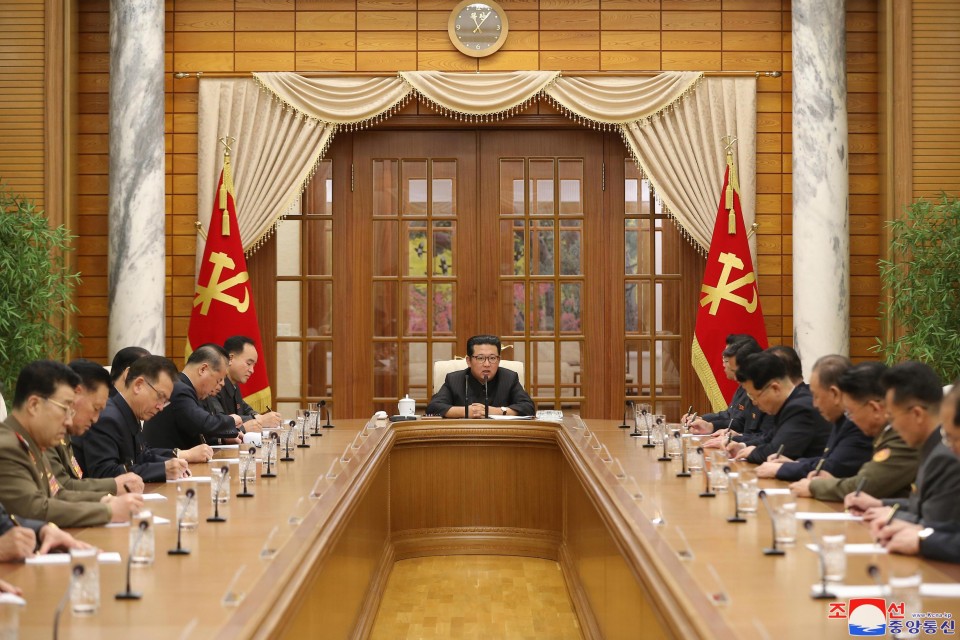 North Korean leader Kim Jong Un (C) attends a meeting of the Political Bureau of the Central Committee of the Workers' Party of Korea in Pyongyang on Dec. 1, 2021. (Kyodo)